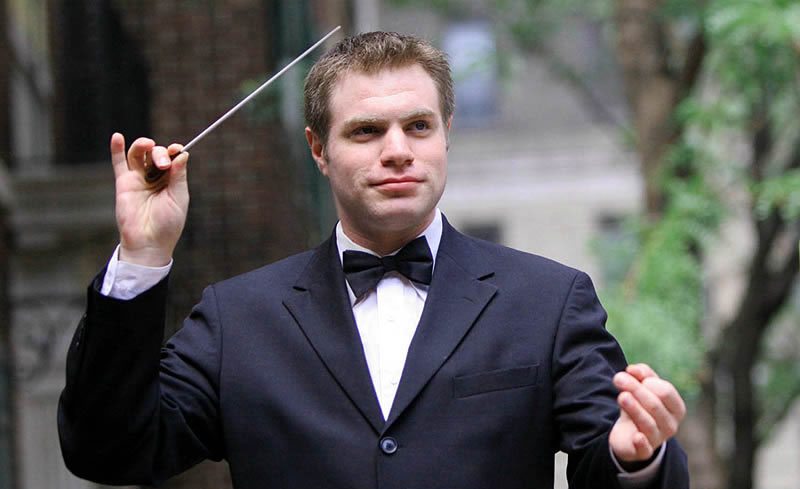 The North Carolina Symphony will welcome Assistant Conductor of the New York Philharmonic, Joshua Gersen, to take the podium for the final concert of the 2018/19 Friday Favorites season. The one-hour noon performance takes place Friday, June 7 at downtown Raleigh's Meymandi Concert Hall at the Duke Energy Center for the Performing Arts.

Mexican composer José Pablo Moncayo mixes indigenous music with the Spanish fandango in his Huapango, a work that has become the unofficial anthem of Mexico; Arturo Márquez, also of Mexico, blends the Caribbean salsa and Afro-Cuban music in his popular Danzón No. 2; and Argentinian composer Osvaldo Golijov evokes the tango in an homage to his countryman Piazzolla in Last Round.

Copland was inspired by Mexican folk music after several visits to Mexico in the 1930s. His El Salón México was premiered in Mexico City to great acclaim, and his Three Latin American Sketches brought complex, modern rhythms and harmonies to traditional Mexican and Venezuelan tunes.