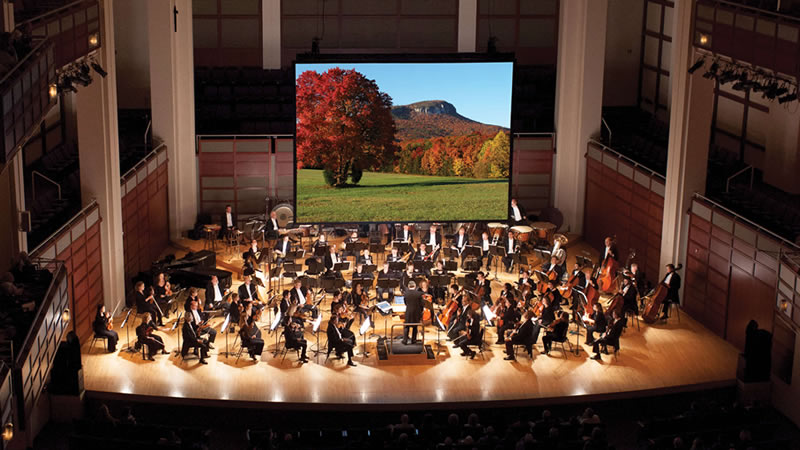 The North Carolina Symphony and the North Carolina Museum of Natural Sciences have built a strong partnership, collaborating since 2016 on multimedia concert experiences. On Thursday, June 6 at Raleigh's Meymandi Concert Hall at the Duke Energy Center for the Performing Arts, a joint presentation of Vivaldi's Four Seasons paired with stunning video footage and still images of North Carolina State Parks will mark their fourth collaboration.

Vivaldi's set of four violin concertos, The Four Seasons, is not only one of the most popular works in the classical repertoire, but is also delightfully evocative – lending itself perfectly to a visual multimedia program. Vivaldi quite literally captures the sounds of the world's natural wonders through each of the seasons – singing birds in springtime, raging summer thunderstorms, autumnal countryside scenes, and the icy beauty of winter. The Museum has selected imagery to complement and enhance each section of the music.

The multimedia experience will also help guide audience members in what to listen for, by projecting real-time, close-up footage of the Symphony's musicians when they have key moments in the music. The projections will also capture close-ups of guest conductor Joshua Gersen, who is Associate Conductor of the New York Philharmonic, and violin soloist Jennifer Frautschi, a Grammy nominee.

The program opens with Mendelssohn's evocative Overture to A Midsummer Night's Dream, which echoes Vivaldi's talent for musical storytelling, and Handel's graceful Suite No. 1 from Water Music.