The Rose Ensemble Closes Tour in Durham with Beauty and Variety 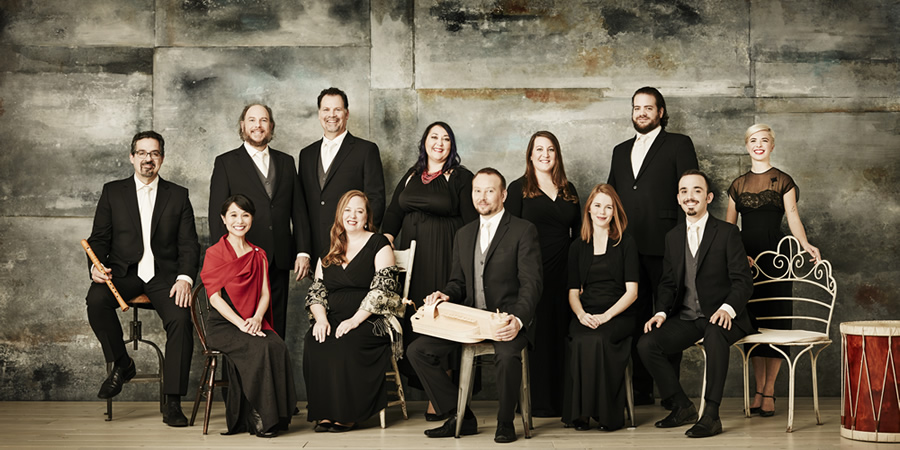 Few vocal music groups have a repertoire as diverse as the Rose Ensemble, based in St. Paul, Minn. While usually defined as an "early music ensemble," a glance at their concert series or published recordings suggests an unparalleled breadth of experience. Geographically, their musical exploration jumps around the globe, from Malta to Mexico to Hawaii and early America. Reflected in the symbolically-laden Rose the ensemble bears, founder and artistic director Jordán Šrámek has created a mission to produce performances of many faiths and cultures throughout history. Indeed, this fusion of historically-informed performances and scholarly research has brought the Rose Ensemble international success for the past 23 years, bringing them finally to this performance at St. Stephen's Episcopal Church in Durham.

Titled "Welcome the Stranger: The Promise of St. Benedict and St. Scholastica," this concert's program had many facets. It not only told the story of revered twin saints in Southern Italy, St. Benedict and St. Scholastica (the former, of course, regarded as the father of western monasticism with his influential Regula), but also provided an interesting contrast between medieval chant and Renaissance motets that shared the same inspiration and subject material. Works by both monks and nuns were featured, highlighting the differences in musical freedom and publishing for men and women. In short, it would have been impossible to not learn anything from attending this concert; Šrámek's extremely thorough program notes included pictures, translations, and the origins/method of transcription for each piece.

Finally, the music – eight Rose Ensemble vocalists (sopranos Chelsie Propst and Phoebe Rosquist, altos Alyssa Anderson and Raquel Winnica, tenors Garrett Eucker and Bradley King, baritone Šrámek, and bass Daniel Mahraun) were joined by versatile Michael Asmus on the positive organ and Paula Fagerberg beautifully playing the Italian-Baroque triple harp. With just these ten musicians, the program featured many combinations of textures, from solos and trios to large-scale works. Unison, flowing chants and polyphonic motets alike were performed with utmost clarity and smoothness, with skillful tuning that adapted to each arrangement, instruments or not.

The Rose Ensemble's quality of blend was even more remarkable after hearing individual voices. There were many solo moments throughout the concert, showcasing different timbres and techniques, but the ensemble's perfection as a unit was one voice. It is also interesting to hypothesize what these works might have sounded like as performed in their original setting, by monks and nuns trained only in the Medieval or Renaissance style, rather than our modern musicians, with decades of training among them. It's safe to say that the quality of the Rose Ensemble's performance, aided by 21st century training and expression, was just as marvelous, if not better than the 16th century Cassinese congregation.