A French-Flavored Afternoon with the Chamber Orchestra of the Triangle 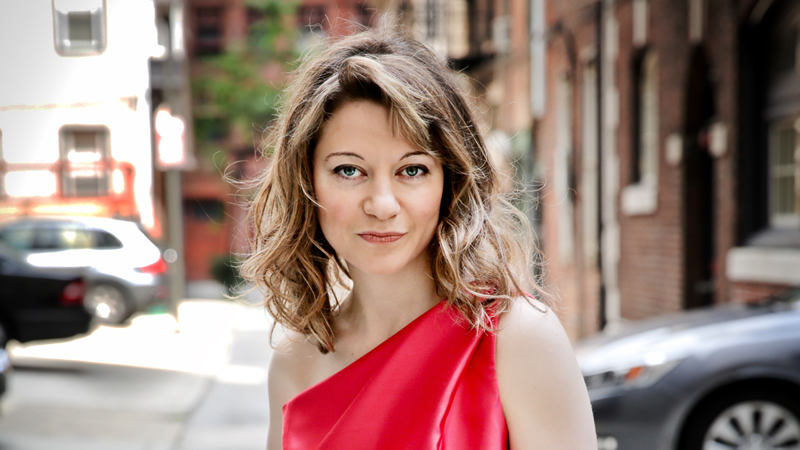 The French repertoire is too neglected in our region so this heavily Gaelic program has been eagerly anticipated by Francophiles. The Chamber Orchestra of the Triangle has established itself as a crack ensemble, ably led by music director Lorenzo Muti, who can be counted upon to select eclectic, unhackneyed programs. Rising young talent is often featured as soloists. Making a welcome return, flutist Mimi Stillman had first appeared as an eighteen-year-old 1999 Young Concert Artists International Auditions winner. This was her seventh performance with the orchestra.

Nineteenth-century French composers neglected the symphonic form in favor of opera, art song, and concertos. While Georges Bizet's Symphony in C is better known, it is clearly modelled after Symphony No. 1 in D (1855) by his teacher, Charles Gounod (1818-93). While Gounod had modelled his First after the Classical example of Haydn, Muti's selection, Symphony No. 2 in E-flat (1855), draws upon Romantic aspects of Mendelssohn and Beethoven. It is in four movements. A slow introduction features striking scoring for French horns leading to a dramatic Allegro agitato. An individual Larghetto juxtaposes a hymn-like tune with a light dance-like one. A robust Scherzo has much the heavy weight of the first movement. An exuberant Finale ends the work in high spirits.

Muti led an extemporarily stylish performance with apt tempos and superb balance between sections. Every section of the orchestra played with great discipline and intensity. The four horns brought out Gounod's imaginative and unusual scoring. The violas and cellos produced a full, rich texture in the second movement. Woodwinds were strong throughout.

Post-intermission, Don Ball, the winner of The COT's silent auction, guest conducted "The Arrival of the Queen of Sheba" by George Frederic Handel. He acquitted himself well (coached by Niccoló Muti) with lively playing from the orchestram highlighted by the superb oboe duo from Bo Newsome and Anna Lampidis.

American Charles Griffes (1884-1920) was a tragic victim of the post-1918 flu pandemic. He had studied extensively in Germany with Engelbert Humperdinck, among others. By the time that he composed Poem for flute and orchestra in 1916, he was evolving a style independent of the German model utilizing aspects of Impressionism and "Orientalism." According to Donna K. Anderson's notes for Delos DE 3099, Poem "is lightly scored for solo flute, strings, two horns, and percussion (snare drum, tam-tam, and tambourine), with the strings serving as the backbone of the small orchestra. The horns supply the color and harmonic weight and occasionally present melodic material. The harp is used coloristically, the percussion… supply color and rhythmic vitality."

Stillman was astonishing as her flute soared dynamically and displayed a kaleidoscope of tonal color. Her interaction with harpist Laura Byrne and percussionist John Feddersen was delightful. Stillman's pp playing was as impressive as her control of ff display. The muted and full blown sounds from French horn players principal Andrew Merideth and Darain Washington were striking. Near the end, Stillman played a quicksilver duet with the sumptuous viola of principal Jacobus Hermsen.

This COT season has featured a work by a living composer on every program. The Scriabin Settings for chamber orchestra (1978) by Scottish composer Oliver Knussen (b. 1952) features five transcriptions of brief, late miniature piano pieces by Russian composer Alexander Scriabin. The pieces are "Désir," Op. 57 No.1, "Nuances," Op. 56, No.3, "Caresse dansée," Op. 57, No. 2, "Feuillet d'Album," Op.58, and "Enigme," Op. 52, No. 2. Knussen's score calls for sixteen players. Scriabin's synesthesia, (the phenomenon of hearing colors) played a role in his unique approach to composing by exploiting chromaticism, harmonic ambiguity, and sensuous textures.

Niccoló Muti left the first violin section to lead the Knussen from the podium. He secured a gorgeous, transparency as Knussen's score scattered Scriabin's in unexpected combinations. A sort of tonal, colorful effect reminded me of Webern's brevity married to Berg's color palette.

The printed program ended with a dazzling performance of Concertino in D for Flute, Op. 107 by Cécile Chaminade (1857-1944). It is amazing that Chaminade drops trumpets, replacing them with three trombones and tuba! Orchestra flute, piccolo, woodwinds, four horns, and strings complete the roster. The soloist has to have masterful breath control so seamless is the constant exposed and technically demanding flute part. Chaminade is remarkably economical in the distribution of her accompanying forces.

Stillman's performance was in equal parts breathtaking and dazzling! Her purity of tone was remarkable as was her exceptional spectrum of instrumental color. Her chamber music-like interaction with her accompanying musicians throughout the concert was outstanding. Muti led superbly alert and balanced orchestral support.

After frequent curtain calls, Stillman announced her set of two special encores were in honor of Lorenzo Muti's thirtieth season as director and her own pleasure in working with the musicians so many times since her 1999 debut. Stillman was joined by Feddersen on tambourine for a Brazilian choro "Attamiro Carillo, Aeroporto do Galeão" based upon a four-note phrase heard over the public-address system.

Niccoló Muti joined Stillman from his first violin section seat for "Libertango" by Astor Piazzolla (1921-92). This 1974 work, premiered in Milan, Italy, marked Piazzolla's change of style from Classical tango to Nuevo tango. The performers played the works for fun to the hilt. Stillman should be booked for many more adventurous explorations of the flute repertoire.