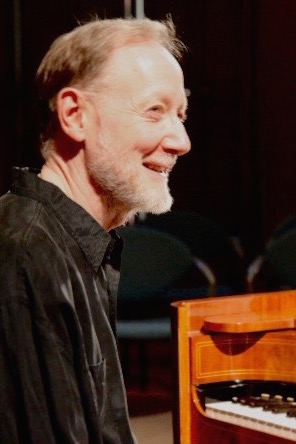 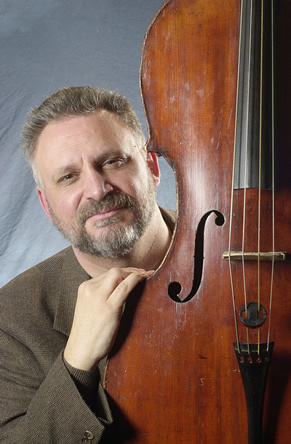 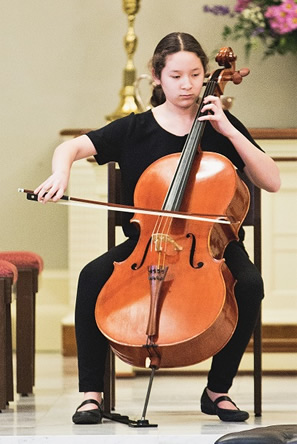 The first of a series of concerts featuring UNCG-based fortepianist Andrew Willis and UNC-based gambist Brent Wissick was presented on a cool Friday evening in the commodious sanctuary of Raleigh's First Presbyterian Church. The event was part of this year's North Carolina Bach Festival, a cultural organization of long standing, with very deep roots (dating back 39 seasons), that is undergoing a radical transformation under the leadership of cellist and executive director Roman Placzek and pianist and program director Elena Nezhdanova.

Just how radical may be seen with a glance at this year's concert lineup. There are (or have been) six "featured artist" programs, a marathon youth concert, and two "rising stars" events, offered in locations across the state – since this is, after all the North Carolina Bach Festival. The venues included White Memorial Presbyterian Church in Raleigh, the Charlotte and Greensboro emporia of the Steinway Piano Gallery, the Red Oak Lager Haus in Whissett, First Presbyterian in Greensboro, Campbell University and Trophy Brewing in Raleigh – some of which places are not known for their advocacy of some of Western music's most exalted art.

But that's great, if you think about it. Why not offer Bach in some atypical venues?

The sanctuary of Raleigh's First Presbyterian has excellent acoustics, so the beautiful reproduction of an early Florentine fortepiano (by David Sutherland, of Ann Arbor) and the comparably impressive seven-string viola da gamba were heard to particularly fine advantage. The artists are among the very best players resident in our state. Willis is one of Malcolm Bilson's disciples, first heard here at Duke when the bill of fare included Beethoven sonatas on period instruments. Wissick was (with violinist Richard Luby) a founder of Ensemble Courant (formerly a Society for Performance on Original Instruments), the organization that gave many Triangle residents their first tastes of the refinement that period practice brings to Baroque and early Classical music.

The Raleigh program offered two thirds of Bach's three sonatas for viola da gamba and keyboard and one third of the six partitas. Willis' solo concert in Greensboro – concurrently a CD release event celebrating the artist's complete recordings of these venerable works* – and a second joint recital in Buies Creek offer similar fare. (See the sidebar for details.)

The evening began with Catherine Yates, 12, playing the Prelude to the second Cello Suite, S.1008. She was the grand prize winner at the NCBF's youth concert. With young artists like this, a solid future for this music is assured!

Willis then brought the Partita No. 4, in D, S.828, from Part I of the Clavierübung, to life, playing with keen insight and technical polish resulting from his years of study of this music and the era from which it sprang. These partitas are not uncommon, but what was rare on this occasion was the rich albeit soft-spoken sonority, the often breathtaking clarity of the various keyboard voices, the superb dynamic gradations Willis achieved only with touch and pressure (as the instrument has no pedals). As noted, the model was a Florentine instrument, from the city where the fortepiano originated. The artist introduced it, citing its range – 4-1/2 octaves – as encompassing everything Bach wrote for keyboard, and mentioning its brass strings, which give it a brightness typical of the harpsichord, albeit struck as opposed to plucked. After the concert we confirmed the pitch was 415, fully 25 Hz below the American standard and 30 beneath many European bands performing today. This of course enhanced the overall warmth of the sound and was yet one more reason that this Bach program might very well have been something that would have been recognizable to – and appreciated by – the composer himself. Yes, it was that good.

The partitas – the shorter fifth one, in G, S.829, was heard in the second half – are substantial works in multiple movements, generally with an overture of sorts or a prelude and then a series of dances. Willis differentiated these sections admirably, enabling attentive listeners – and they were attentive, for one could have heard a pin drop – to know at all times precisely where he was as the music unfolded. The finales of these pieces are particularly gripping: both end with elaborate gigues that serve as ideal caps to the manifold delights that had gone before.

Between the two solo pieces Wissick joined his colleague and friend for the second and third sonatas, in D and in G minor, S.1028 and 1029. Some of us – including this writer – have loved these works since childhood, but the way they are approached has changed, over time. Not too long ago we heard all three played by one of our finest cellists, accompanied variously by harpsichord, piano, and organ (not concurrently!). The late Wanda Landowska famously said "You play Bach your way and I will play him his way." Chances are good that what we heard on this occasion was a good deal closer to "his way" than most other readings any of us have experienced. It was, as Landowska also famously said, "spiritual food" – whether the music itself is sacred or secular, like the works on this program. There was a lot of Bach here. It helped cleanse the soul.

*The CDs, privately published, will be available for sale Mar. 10, with proceeds to benefit the NCBF.

Concerts two and three of this subset of NCBF programs will be presented Mar. 10 in Greensboro and Mar. 16 at Campbell University. See the sidebar for details. Go to the one nearest you!