Mallarmé Chamber Players: Violins of Hope – A Concert to Remember 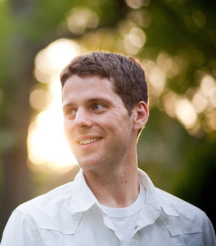 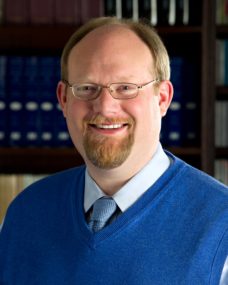 Mallarmé Chamber Players' second concert of the season was inspired by James Grymes' novel Violins of Hope that relates courageous and inspiring stories of the violins played by Jewish musicians in the awful camps of the Holocaust. The ensemble of outstanding musicians included violinists Janet Sung and Nicholas DiEugenio, violists Sheila Brown and Suzanne Rousso, cellists Bonnie Thron and Nate Leyland, and SONAM (Singers of New and Ancient Music) conducted by Allan Friedman.

The concert opened with Passacaglia and Fugue for String Trio by Hans Krása which was the last piece he composed before being sent to Auschwitz in 1944. The passacaglia proceeds with pleasant if not charming development, but then it takes on the character of a sardonic waltz as through mocking the world. The fugue begins with a lively statement of the passacaglia theme and becomes more and more boisterous to the end. Sung, Brown and Thron performed with authority, enthusiasm and warmth.

Next on the program, Friedman led the SONAM chorus in a yearning performance of "Eliyahu HaNavi" by Viktor Ullman, who also died in 1944 at Auschwitz. He was remarkably productive during his years at Theresienstadt where he wrote and produced Der Kaiser Vol Atlantis, a wonderful parody of the Nazis.

The first part of the concert, titled "Remembrance," concluded with Duo for Violin and Cello, composed in 1941 by Gideon Klein. This piece and several other significant compositions were found in a locked suitcase in the home of a family friend 45 years after his death. The first movement, marked Allegro con fuoco develops along lines of complex counterpoint punctuated with occasional sharp explosive attacks. The second movement, Lento, reaches achingly and, as the violinist plays a soaring melody, it stops abruptly; never completed. DiEugenio and Leyland were superb in their interplay and realization of this challenging piece.

After an intermission, Part 2, titled "Hope," was launched with the world premiere performance of David Kirkland Garner's All that there was for choir, strings and percussion, a meditation on the events of November 9, 1938 – Kristallnacht, when dozens of Jewish Synagogues, homes and businesses were torched, and stories from Grymes novel, Violins of Hope. The piece focuses on Martin Niemöller's observation "We saw the – the sky, the dark sky lighting up."

Employing vocal intonations, two violins and two violas, along with drums, cymbal and a temple block, the composer laid out a landscape of ominous sound in minimalist technique. With intense dissonant outbursts from the choir, the mood deepened. Then members of the choir left the stage, one by one stationing themselves in aisles among the audience and on cue recited first person accounts from Kristallnacht and episodes from Violins of Hope. As the stories ended, the music gradually faded away to a bare whisper from the violins. The over-all effect was eerie and emotionally powerful, especially on this night – seventy-nine years from that night of horror.

The concert closed with Arnold Schoenberg's most popular work, Verklärte Nacht (Transfigured Night), Opus 4. The piece is programmatically based on a poem by Richard Dehmel that deals with the transformation of guilt to forgiveness, darkness to light, despair to hope. Written when the composer was just 25, it has little of the harsh 12-tone experimentation he pursued in his later years, but rather is resplendent with rich strings, a texture of interweaving counterpoint and shifting key centers. The performance tonight was inspired, with balanced and intricate ensemble, a sonic wonder.