Make that Two in a Row for the RCSA 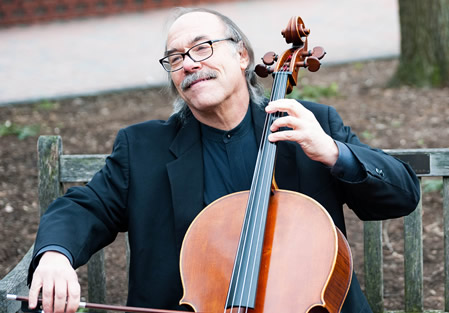 We've never had a "big five" orchestra to call our own in NC, although over time all of the upper echelon American ensembles have visited here. We do however have tiers in our less exalted orchestral sphere, starting with the NC and Charlotte orchestras, the Greensboro and Winston-Salem groups, and (although it's just a summer band) the Eastern Music Festival's professional ensemble.

The next level is more crowded, for it includes our regional and community orchestras, the senior one of which is Fayetteville's. There are lots of these groups, scattered from Wilmington to Brevard and located at points in between, large and small. The cities where these organizations may be found encompass Hendersonville, Asheville, Boone, Hickory, Salisbury, Pinehurst/Southern Pines, and Rocky Mount plus of course the Triangle, where community orchestras perform in Chapel Hill, Durham, and the capital. (There are also various chamber orchestras here and there and many, many groups based in, and in most cases reaching out from, colleges and universities.)

In Raleigh, the riches are more widely spread than just about anywhere else in the Tar Heel State, thanks to the NCS being based here and the concurrent presence of the Raleigh Symphony Orchestra (which doesn't have a chamber orchestra but which does offer a chamber music series) and the splendid contributions of the two ensembles fielded by the aforementioned Raleigh Civic Symphony Association.

The RCSA tends to program concerts in pairs, and they are often truly innovative, partly because Askim (and his predecessor, Randolph Foy) are such enlightened artistic souls and partly because the programming is not generally driven by marketing or sales considerations. That doesn't mean the results aren't stimulating or attractive. This latest RCCO concert drew a very large crowd to Stewart for its three-pronged excellence: a new work, an important revival with a wonderful solo artist who has reached his maturity here, and a family favorite with a world-class narrator. The program consisted of the premiere of new music guru Rodney Waschka II's "Raleigh Overture," written for an orchestra of amateur players with the specific intent of being fun to play; Dohnányi's virtually unknown Konzertstück for Cello and Chamber Orchestra, featuring soloist Jonathan Kramer; and Prokofiev's "Peter and the Wolf[pack]," narrated by The Simpsons’ vocal virtuoso Harry Shearer (who, truth to tell, may have prompted the attendance of some members of the audience, but surely not all of them).

"Peter" began and ended as if it were a Wolfpack sportscast, but in between the account was relatively straight, and (for better or worse) there wasn't a whole pack of wolves – despite the hopes of some of us that the tale might have turned out differently, had the odds been shifted. Never mind. The orchestra played this with considerable radiance, the principals (flute, oboe, clarinet, bassoon, timpani), the sections (horns, strings), and indeed the whole bunch sounding as good as or maybe even better than ever. The narration was exemplary, with (as expected) considerable characterization for the different animal voices. Shearer set a high bar against which future performances here must perforce be measured. And the performers were greeted with a standing ovation at the end.

Earlier, Waschka's all-acoustic overture proved busy, intense, and engaging in a sort of Ivesian way, vigorously propelled but with folk tunes plugged in here and there where Ives would almost certainly have employed hymns and patriotic songs. It was a surprising departure for NCSU's distinguished new music composer, one some of us might have perceived more in tune with electronics, tape loops, and such. This, too, was warmly received.

The Dohnányi was given a memorable reading by Kramer, whose career in Raleigh began over 30 years ago in the NC Symphony but soon thereafter morphed to Person of All Talents at NCSU. (He maintains his ties with the downtown orchestra by giving pre-concert lectures in Meymandi Concert Hall.) His performance was worthy of note and celebration, too, by those who know him. We expect our important solo artists to have long careers, and Kramer's been here long enough to prompt rejoicing whenever he plays. The work itself, in several distinct parts, played without pause, is concerto-like, and the interplay between Kramer and the RCCO, watchfully tended by Askim, proved truly heartwarming as the music gracefully unfolded.

As heard from toward the back of the theater, the sound was better when the orchestra was going full-tilt, as in most of the new Waschka piece and in "Peter." The sound seemed somewhat recessed during the Dohnányi, but the reason for that may have resulted from slight miscalculations of balance between the low-voiced cello and the massed strings (with considerable strength in the violas, cellos, and bass) or perhaps the hall's always-quirky acoustics, which do not appear to have been significantly altered during the recent renovation of the student center.

Nonetheless, if the orchestras of the RCSA are not on your radar, fine-tune it and check them out again next fall.