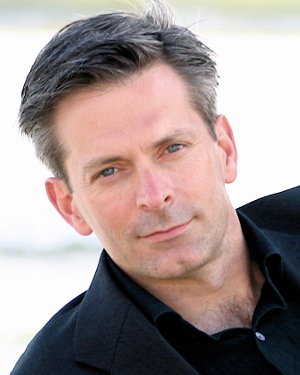 This preview has been provided by North Carolina Symphony.

The North Carolina Symphony, led by Associate Conductor David Glover, will perform two great evenings of music from stage and screen at the 2015 Rex Healthcare Summerfest Series on Friday, June 19 and Saturday June 20, at 7:30 p.m. at Cary's Booth Amphitheatre. Gates open for the concert series at 5:30 p.m. Children 12 and under are free on the lawn.

Saturday night's concert will showcase "Symphonic Wizardry featuring the Music of Harry Potter," a musical journey inspired by the world of Harry Potter, with selections from How to Train Your Dragon, Ghostbusters, and others.

This summer marks the 30th anniversary of performances in Cary and the orchestra's 15th season in the stunning lakeside pavilion built by the Town of Cary, a major sponsor of Summerfest. Gates open for the concerts series at 5:30 p.m., except for Independence Day, when they open at 3 p.m. Thanks to sponsor Golden Corral, children 12 and under are admitted free on the lawn, so attending a North Carolina Symphony concert at Booth Amphitheatre is a wonderful summer bargain for families.

The North Carolina Symphony's popular Rex Healthcare Summerfest concerts bring great music for relaxed listening to Cary's Booth Amphitheatre through July 9. While concerts begin at 7:30 p.m., concertgoers may bring picnics, blankets and lawn chairs as early as 5:30 p.m. to enjoy the striking natural surroundings before the music begins. Some of music's most exciting offerings — as well as contests and prizes, the MetLife Instrument Zoos for the kids, the Town of Cary's Fourth of July celebration, with fireworks and so much more — make these evening performances under the stars a special treat for everyone in the family.

Booth Amphitheatre is located at 8003 Regency Parkway in Cary, N.C.

The 10-concert Rex Healthcare Summerfest Series offers music lovers a perfect family outing, and once again, concertgoers who display the biggest and boldest culinary skills can win prizes. The Whole Foods Market of Cary Picnic of the Week contest returns for the sixth year. Throughout the summer, groups of concertgoers selected as the best picnickers of that weekend's concert will receive a $100 gift basket from Whole Foods Market of Cary. Two honorable mentions in the form of $25 gift cards will also be awarded. Select Rex Healthcare Summerfest Series concerts also feature other pre-concert activities, including MetLife Instrument Zoos for kids of all ages.

WILLSON   The Music Man
"You Got Trouble"

BART Oliver!
Selections
Where is Love?"

KANDER   from the film, Chicago
Selections

WILLSON   The Music Man
"Till There Was You"

PORTER   Anything Goes
"You're the Top"

MUSSORGSKY   A Night on Bald Mountain

GOUNOD   Funeral March of a Marionette

POWELL   How to Train Your Dragon Suite