Courtesy of the composer and RCMG 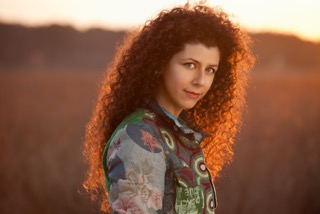 Courtesy of the North Carolina Museum of Art

Looking for a celebration of North Carolina music, painting, poetry and memoir? On May 3, the Sights and Sounds on Sundays series, a fifteen-year collaboration between Raleigh Chamber Music Guild and the North Carolina Museum of Art, has it all on one concert!

The program features the music of Kenneth Frazelle, instructor of Composition at the University of North Carolina School of the Arts. Frazelle’s songs present diverse lyrical images of life in North Carolina, some based on his own experiences growing up in the eastern part of the state, others musical arrangements from traditional tunes. He has also set poems by celebrated North Carolina poet A. R. Ammons (1926-2001), winner of the National Book Award for Poetry. Ammons’s poetry focuses on the relationships between humanity and nature.

Frazelle is also a poet and artist, and his paintings will be on view for the performance, as well the composer himself. Together, the music, images from the Museum’s photographic archive, Frazelle’s paintings and Ammons’ poetry, will make for an immersive experience in our home state. The word multimedia doesn’t always have to entail the flash and glam of interactive technology.

Afraid of an entire program of contemporary music? Frazelle’s style is lyrical and completely accessible. The words are too important to be allowed to wallow in grunts and squeaks. And Kathryn Findlen specializes in dynamic interpretations. Also a North Carolina native, Findlen attended high school and college at the UNC School of the Arts and now lives and teaches in Austin TX where she received a Master of Music. She has a particular take on the concept of vocal recital: “Recital as means to communicate, transcendental experience, the power of words and their message.” The daughter of two unmusical English teachers, Findlen selects her repertory for “its literary worthiness, based on depth, soulfulness and relevance.” On her program, for example, are two songs from Vanishing Birds, Frazelle’s cycle on the extinction of indigenous North Carolina mountain species. She is one of the country’s foremost interpreters of contemporary vocal music and has performed works by Pulitzer Prize winning composers, George Crumb, John Harbison and our own Robert Ward. She loves working with living composers and draws her interpretations through collaborative relationships. “I believe I am the conduit of the composer.” Her repertory, however, includes works by composers now long dead but revered. “If I had lived in Debussy’s time, I would have liked to be friends with him.”

Findlen calls herself a “singing actress,” pouring everything into her interpretations. She feels an affinity with Frazelle’s music and texts, sprinkled with words native to Eastern North Carolina, which Findlen sings with local accents. You’ll hear that in selections from Frazelle’s autobiographical cycle, Songs from a Rearview Mirror, reflecting the experiences and emotions of multiple characters and aspects of an abusive, alcoholic family.

Currently teaching in Austin, Findlen has chosen pianist Rick Rowley as her accompanist, a multi-talented musician, harpsichordist, conductor, sound designer, actor, director and teacher. Rowley is a founding member of Plum Pianos, a company that rebuilds and restores pianos and other keyboard instruments.

Of course, Findlen and Rowley have performed and recorded to outstanding reviews, but we’ll leave the obligatory lists to the formal program bio.

The collaboration between the Raleigh Chamber Music Guild and the North Carolina Museum of Art Sights and Sounds has been a multimedia tradition for fifteen years. North Carolina-based ensembles and musicians prepare thematic concert programs paired images from the NCMA’s collections and special exhibits.