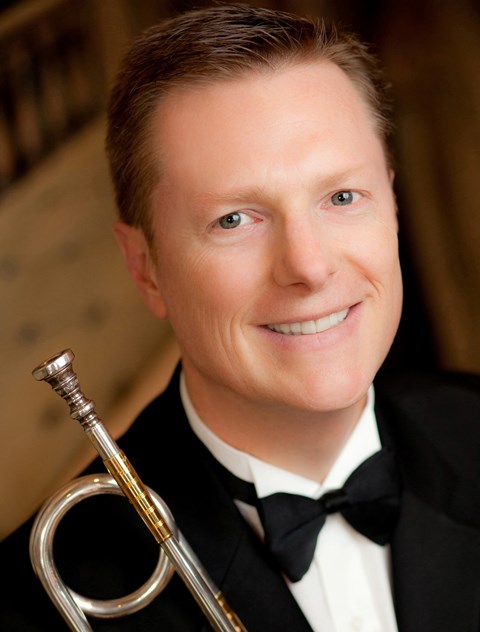 This program was titled "Baroque Hipsters"! Now, I was once told by a young person I was the hippest 70 year old they knew. If it still means what I think it does and if I still have it (and I think I do), let's go! We have a hip concert with music by hip composers performed by hip musicians and enjoyed by a hip audience.

The Trio Sonatas of J.S. Bach were written for organ. The left-hand would play one melody and the right-hand another while the pedals would realize the continuo. Transcribed for other instruments they are outstanding examples of counterpoint and a remarkable blending of the contrapuntal melodies. The Trio Sonata in F, S.529, was written in the key of C major and arranged in the key of F for recorder, violin, cello, and harpsichord, by Fred Matter. The opening movement is a foot-tapping dance; the second, a lovely pastoral Largo, and the third, a swinging allegro. Blaker, Peroutka, Vial, and Funaro delivered the counterpoint with masterful technique in so charming a manner as to set a smile of pleasure on the listener's face.

J. S. Bach was the last word, the summation of the Baroque Era in music. He is not known as an innovator; he did not create new forms or new techniques. He essentially took the forms and styles of the Era and brought them all to a level of astonishing perfection. It is for this reason that he is the starting point for every musician, whether performing artist or composer.

The six Brandenburg Concertos, composed over time – the seventeen instruments employed overall match the players Bach had at his disposal during his days in Köthen (1717-23) – were polished and dedicated to Christian Ludwig, Margrave of Brandenburg-Schwedt, in March of 1721. No. 2 is in three movements, starting with the remarkable sprightly dance tune that was chosen to go into outer space on Voyager to represent great achievements of the human species.

There is no tempo marking in the original score but this movement is by common practice usually played allegro. The four solo instruments (violin, recorder, oboe, and trumpet) play remarkable flourishes, interwoven, while maintaining clearly defined melodic lines. The second movement is a sweet melodic andante; a lilting melody with a pastoral feel. The third movement is marked allegro assai, the swinging glorious trumpet solo piercing through the incredible counterpoint. The performance by all of these superb specialists in the field of Baroque music was outstanding. Baroque trumpet master John Thiessen's playing of this difficult and challenging instrument was nothing less than sensational.

After intermission we were introduced to a composer new to me: Johann Janitsch (1708-63). He was born in Schweidnitz, Silesia, and was a well-regarded composer and bass viola player in his time. We heard his Quartet in G minor, Dr. 26 ("O Haupt voll Blut und Wunden"), played by Burgess, Perry, and Rousso and with Vial and Funaro providing the continuo. Janitsch was known for his quartets for three melody instruments and continuo which show a mastery of contrapuntal technique and an awareness of the timbre and texture of these instruments. The first two movements are marked by lovely melodic settings and delightful counterpoint among the three solo instruments. The third movement is based on the Passion hymn by Paul Gerhardt that Bach used in his St. Matthew Passion. The final movement, marked Vivace, was filled with interesting counterpoint. It is always a joy to be introduced to new music.

Next we were privileged to hear the world premiere of a truly unique and individual work written by Duke-based composer Stephen Jaffe. It is titled Hip Concerto (Chamber Concerto No. 3). The work, commissioned by the North Carolina Hip Music Festival, is cast in five movements and draws on Baroque conventions and practices. It also is scored for baroque instruments, essentially the same ones Bach used in the Brandenburg Concertos. But make no mistake about it: the musical language is 20th century, calling upon unpredictable rhythmic patterns, dissonant harmonies, and special effects. The opening movement, "Vivente (pulsing with life force and physicality)," does exactly what the composer intends with his parenthetical interpretation of the tempo marking. There are patterns that evoke Baroque styles, rhythms, and feel. The second movement, marked "Più vivo (phrased and rhythmically exultant)," uses percussive effects as it moves along at a jaunty pace and then, without pause, leads to the third movement, titled "Fragment (like gentle, promising winds)," with a silvery crystalline trumpet arpeggio and wisps of mysterious winds from other instruments. The fourth movement, "Adagio (Interior; twice and thrice heart)," is the longest and most intricate of the four. It gets your attention with a harpsichord solo in the lower register and leads to the recorder; another phrase starts with the harpsichord and leads to the viola. In the interior of this movement one hears vocalizations, moans, rich harmonies, and sentences incomplete but then returning to be completed.

It is a stunning piece, beautifully performed and well received by a very appreciative audience. A standing ovation continued until Jaffe and the Hip Ensemble returned to the stage and repeated the finale. It is to be hoped we have opportunities to hear the entire piece again.

The HIP Music Festival continues with performances through Friday. For details, see our calendar or click here.

Performer's name in Trio Sonatas of J.S. Bach was corrected 2/5/14