"China on String" Helps Usher in the Chinese New Year 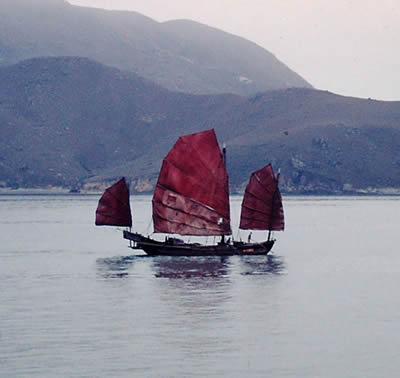 Cultural exchange programs have had a long and distinguished history, stemming from a time in the not-too-distant past when our government (and others) valued education and the arts and people-to-people programs and as a result used fine entertainers and musical and theatrical organizations as diplomatic calling cards across the globe. The process worked both ways: we sent jazz to Europe and were in turn enriched by visits from Russian orchestras, Polish choirs, Philippine folk ensembles, Mexican fiestas, and the like. An example of this from the late '50s was a US tour by the Moiseyev Dance Company, to which Ed Sullivan devoted an entire program; the loquacious host opined that, while the nations of the world continued to spar over their differences, the people of the world had little trouble appreciating one another – as demonstrated by the enthusiastic response engendered by the visitors.

There was a prime example of cultural exchange and cooperation in Raleigh's Meymandi Concert Hall on Sunday evening, as six members of the National Chinese Traditional Orchestra joined forces with an augmented Raleigh Symphony Orchestra for a magnificent program of mostly contemporary Chinese music. The concert was made possible by many sponsors, chief among them the Confucius Institute at NC State University, an educational organization seeking to advance cooperation and understanding, and the Carolina China Council, a mostly business group promoting trade, educational, and cultural exchanges.

The featured instruments are exceedingly ancient, predating in most cases Western instruments we tend to think of as old. They included the wooden flute, erhu, sheng, pipa, and suona (plus a reed flute and a variety of unusual Chinese percussion devices). Most of these have been heard from time to time in our region, at Duke and at UNC. The use of these instruments, cloaked in Western orchestral garb, is somewhat less common, but the music heard on this occasion also reflects Chinese (and overall Asian) fascination with the strong European musical traditions that have informed so much of America's cultural heritage. Thus the (mostly) Chinese program featured music by (mostly) living Chinese composers (one was born in Korea), some of whom have previously enjoyed Western exposure (and acclaim), and at least one of whom would appear to be currently based in the US.

The music covered a wide swath, ranging from clearly folk-inspired pieces to ceremonial works to a violin concerto that has come close to entering the mainstream classical repertory. Much of what we heard was bright, colorful, exciting fare, graced by significant emotional content to which the large audience could (and did) clearly relate with ease. There were strong rhythms, some unusual harmonies, some inflections that spoke of China as some Westerners have come to perceive that nation through its music. That this is music in an evolutionary state is also apparent: the orchestra from which these visiting superstars come was established in 1960 by composer Li Huanzhi and then-Premier Zhou En Lai (who will be remembered for having had tea with Nixon) – and that it survived the Cultural Revolution may be attributed in part to the lasting power of the music its present artists continue to embrace.

The program featured the Raleigh Symphony Orchestra and was a great feather in the cap of our community ensemble, which in the process made one of its infrequent appearances in the capital's best concert hall. A run-out to Southern Pines two days earlier that drew a huge audience and the substantial turn-out for this event speaks well for the RSO and its artistic prowess. The orchestra was prepared for these concerts by Andrew McAfee, whose splendid horn playing significantly enhanced the second number on the program. (He was filling in for the RSO's Music Director, Jim Waddelow, who was occupied with a run of A Little Night Music at Meredith College.) That this community orchestra is also a community treasure was evident from the richness of its membership: harpist Vonda Darr came up from Rocky Mount, and the large percussion section featured some talented high school students; timpanist Craig Zerbi merits special praise. The RSO impressively filled the Meymandi stage and as impressively filled the hall with beautifully polished string, wind, brass and percussion sounds.

Precise coordination, balance, and incisiveness were facilitated by guest conductor He Jianguo of the China National Orchestra. He was able to do this program with one rehearsal before the Southern Pines run-out, so clearly he is a gifted leader. He was assisted in his communications with the RSO by concertmaster Yang Xi, a long-time resident of Raleigh, who helped make the arrangements for this visit and who also soloed in the well-known "Butterfly Lovers" Concerto, which opened the second half of the program. The concert was dedicated to the memory of Yang's life partner, violinist Izabela Spiewak, who passed away on February 6, as preparations for these concerts were underway.

The evening began with the "Spring Festival Overture" by Li Huanzhi, the CNO's founder, a brilliant curtain-raiser adapted for Western orchestra from the Spring Festival Suite, reflecting (as the program helpfully noted) "colorful holiday costumes, joyous… singing, and dancing."

"The Lady Flower," by Chen Yao and Jiang Ying radiated beauty and elegance as flutist Shasha Chen and erhu soloist Duan Chao played individually and in duets, backed by the orchestra. McAfee's exceptional playing was a major enhancement of this musical gem.

Two movements of The Rainbow, by Liu Wenjin, featured sheng virtuoso Wu Xuewei in some of the evening's most dramatic music. The work, called an overture but in some respects more of a multi-part tone poem, depicts a storm of terrific proportions, followed by the return of peace and tranquility to the earth, capped by a rainbow, the colors of which were vividly projected by the solo instrument and the accompanying forces.

Two parts of a ceremonial tribute to the Great Wall, by the same composer, brought Duan Chao back to the stage for what is in effect a concerto for erhu and orchestra. The Wall as a symbol of the strength and lasting power of the Chinese people is magnificently depicted, and the finale embodies those qualities with hope for the future of the nation. There was protracted and heartfelt applause as the work came to a close.

Part two began with Yang Xi and the "Butterfly Lovers" Concerto, a work by Chen Gang and He Zhanhao recently heard at Duke, courtesy of another visiting Chinese ensemble. Since in Raleigh it served as a memorial piece, the score was lightly cut, to exclude some of the more dramatic sections. The soloist gave a note-perfect performance, demonstrating his exceptional artistry and his keen understanding of more traditional Chinese instrumental techniques; the orchestra was augmented by visiting flutist Shasha Chen.

The pipa was heard to great advantage in "Little Sisters on the Prairie" by Wi Zuqiang and Wang Yan-Jiao; soloist Yu Yuanchun could have more than held her own in a picking contest in our mountains, and the crowd continued to warm to the music as this brilliant essay unfolded.

The dazzling continued with charmingly-attired Shasha Chen, flute, and Song Yao, suona and reed flute (formally called "be lee": it is a member of the suona family), performing and dancing a bit, too, in the Changbai Mountain Folk Song by Jin Fenghao (and others – readers will have noted that many of the works offered are by more than one composer). This brought the excitement of the audience to a fever pitch, leading to the program's grand finale, a Folk Dance (of the Yao Nationality) by Mao Yuan and Liu Tie that involved all five visiting soloists in turn and collectively, bidding farewell to their audience with one last round of brilliant music-making. But the audience was not prepared to let the guest artists and the orchestra go, so there was one more piece as an encore, "Good News from Beijing" (originally "Good News from Beijing Reaches the Frontier") by Zheng Lu and Ma Hongye – yet another example of outstanding nationalistic music conveying culture with a capital "C."

So it was a wonderful evening, one that some of us were sad to have come to an end. It reminded this listener of some of the great exchange programs we have been privileged to experience here (and elsewhere) over a lifetime of concert-going. This was easily one of the best. Indeed, it certainly ranks among the finest evenings I have spent in a concert hall in this city.

May these visitors return to celebrate the Year of the Horse – or before!