Carolina Composers and Beyond - Seven Samples in Cabaret Setting 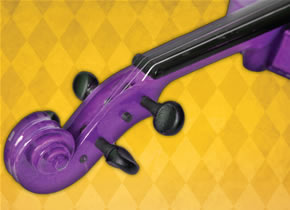 The Community Arts Café is one of the more intriguing concert spaces in the region, ranking with Krankie’s and the Garage for off-beat eccentricity in Winston-Salem. Although located in the same down-town block of Fourth Street in Winston-Salem as the prestigious Stevens Center, the CAC has the cozy ambience of a cabaret or corner pub. Recently, it has been host to a number of intriguing concerts, including the unheralded but well attended tribute of James Houlik, saxophone, to UNCSA composer, Sherwood Schaffer.

Composition styles ranged from romantic (Dan Locklair’s lengthy "Visions in the Haze") to neo-country (Eric Schwartz’s "Scratch") to obsessive (Leonard Mark Lewis’s "Led" [as in Zeppelin]). After a brief welcome by Forecast Music’s artistic director, Eric Schwartz, musicians Tadeu Coelho and Kris Keeton treated us to a duet for flutes and percussion, "Led," by Mark Lewis. Most of the regular rapid percussion parts, played with great energy by Kris Keeton, were pitched (pipes or fight gongs). Though often the flute part was melodic, sometimes Coelho played a rapid succession of repeated notes, echoing the percussion. In the middle of the work, the flutist grabbed a double bass bow and played it on the suspended cymbal, usually an eerie effect. And at the end, both players played a rapid tattoo, a sort of percussion cadenza. It was a bright opening for a concert billed for one hour, but amply surpassing that!

The second work on the program was a pair of excerpts for solo piano from Bandaloop Dances by Lance Hulme, who played the two movements. The first, "Homo ludens" was indeed playful and the other excerpt, "Un’omaggio di Chiarina" (An Homage of Chiarina) meandered rhapsodically and thoughtfully, a bit in the manner of an unaustere Hindemith.

Kathleen Pierson composed Two Songs, the work that followed. “Between These Words” and “These Days” both give evocative and charming glimpses of a not so distant past, “swoon and faint . . . curtain rippled in the evening breeze.”  Clara O’Brien was the mezzo-soprano; her distinct enunciation made these songs a pleasure to hear. Jim Douglass was the excellent pianist, keeping the minimalist accompaniment low enough to accentuate the words of the songs.

Douglass was back in the next work, a dialogue between the piano and electronic media entitled "To Unformed," referring to a passage the composer, Ms. Kyung Mee Choi, had read in a Tibetan treatise referring to “no death, no fear.”  Percussive effects “on tape” mingled white noise (and perhaps other hiss-like colored noise) with piano arpeggios, ripping up the piano, invariably ending on a high f#which the electronic part mimicked and complemented. I very much enjoyed the integration of the piano with the electronics and would like to hear more works of this young composer.

Eric Schwartz’s "Scratch" is a humorous work for solo violin with added text spoken by the soloist. Reminding me of some of Cathy Berberian’s works from the 1960s (Stripsody, in particular), the sentence “Men are like puppies; scratch the right spot and they are yours forever” is first delivered complete, then in fragments and out of order, much to our amusement. All the while our soloist, the excellent violinist Jacqui Carrasco, is playing the violin, mostly double stops, in a style reminiscent of bluegrass.

Dan Locklair’s "Visions in the Haze" was written in 1982 and dedicated to Pauline, now the composer’s wife. "Visions" is a romantic fantasy starting with a four-note impressionistic ostinato that moves through a phase of pentatonic development, culminating in a strong tritone moment. A change to a rocking compound meter moves us through a glissando to a suggestion of the initial mood. Pianist Louis Goldstein exhibited warm expressiveness and feeling while playing the entire work from memory.

Brian Baxter’s "Noise Pollution" takes its title from a situation outside his Chicago office where a sky-scraper was being dismantled to a constant rhythmic pounding and within his apartment where a remodeling project in the adjacent apartment resounded with insistent drilling and hammering. Kris Keeton returned to center stage as the percussive element; Tadeu Coelho, with carefully placed earplugs, returned with his flutes (soprano and alto) and Susan Fancher joined them with a pair of saxophones. This was an energetic and fascinating piece with thuds following thuds, bangs upon bangs, and clangs after clangs, each in its own rhythmic structure. A most fascinating moment near the end had flute and saxophone playing notes interspersed in a pointillist manner over the inexorable wrecking machine in the percussion. This was a fitting close to a most provocative concert.