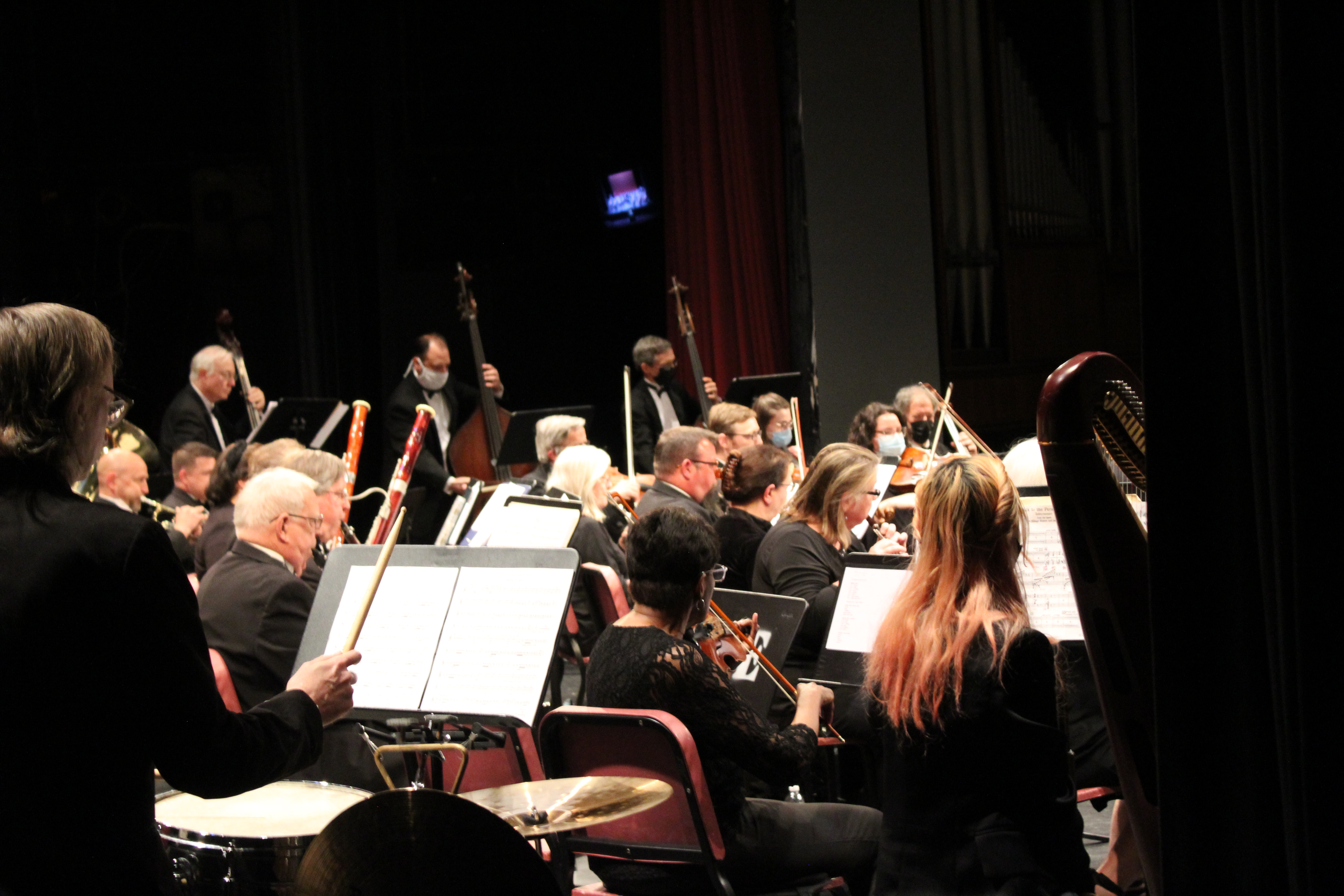 This past Saturday, Raleigh Symphony Orchestra presented Fiesta! A Dance Party of Spanish and Latin American Music. This event was produced by the United Arts Council and was hosted at Jones Auditorium on Meredith College's campus. The music selections created a romantic atmosphere as the orchestra successfully executed each piece and captured the true essence of Spanish and Latin American culture.

This event was relaxing and filled with artistry, and the venue staff was welcoming and accommodating. The instrumentalists played with precision and emotion as music director and conductor Dr. Jim Waddelow led the orchestra through six riveting pieces. The screen behind the orchestra displayed alternating hues that resembled a sunset horizon contributing to the show's calming ambiance.

The show began with Mexican composer José Elizondo's Estampas Mexicanas, which consists of three movements: Ferial, Danza del Pajaro, and Teotlatli. The percussive rhythms and bird sounds were influenced by Mexican composer Carlos Chávez. Next was the suave and passionate Tangazo by Argentine tango composer Astor Piazzolla followed by Brazilian composer Heitor Villa-Lobos' Bachianas Brasileiras No. 4, comprised of four movements, Prelúdio, Coral, Ária, and Dansa. The first movement began softly and sweetly with emphasis on the string section followed by the second movement which was steady and incorporated the wind and brass sections along with the stringed instruments. The third movement was generally mellow and delicate and led into the contrasting final movement, which briefly shifted the evening to a more lively mood. The fourth piece was Intermezzo from Goyescas by Enrique Granados, which began with an intense introduction and then returned the show back to a soft and sensual vibe. Next was El Salón México, written by American composer Aaron Copland. This piece opened energetically, transitioned into a softer sound, and alternated between bold and colorful sounds with more serene and gentle tones. The finale was truly impressive. As the orchestra played Piazzola's "Oblivion," clarinetist Jim Williams performed a solo and Meredith student Cynthia Styron Sanchez performed a Spanish dance. This added to the evening's romanticism and was a clever final touch. The cadences and instrumentalization in each song gave the audience a different sense of Spanish and Latin culture.

Throughout the show, the house lights were minimally dimmed, which made it difficult to focus on the orchestra at times due to the constant visibility of the audience. However, the house lights were turned off for the finale, making use of a spotlight on one side of the room for the dance portion. With the one spotlight, when Sanchez danced in the middle or to the left of the audience, it was a little hard to view and be certain of the focal point of the performance. Nonetheless, the show ended beautifully.

The Raleigh Orchestra embodied the spirit of Spanish and Latin American heritage with quality musicianship, well thought out music selections, and a program order that created a soothing environment for its diverse audience.