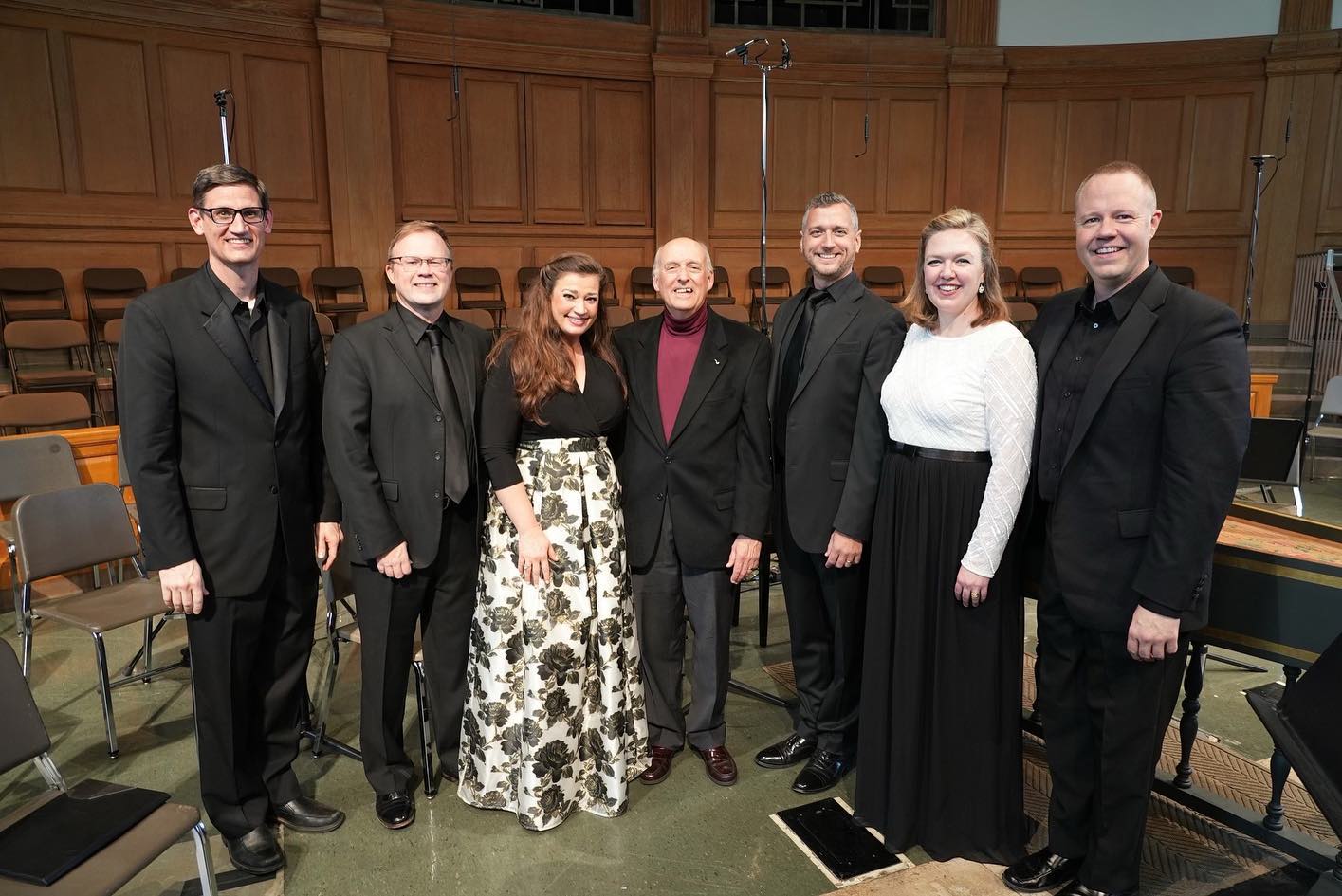 Mark October 30th in your calendars as Winston-Salem's Don Armitage Day! To inaugurate the day, Mayor Allen Joines, the Winston-Salem Symphony Chorus, and members of the orchestra joined Wake Forest's composer-in-residence Dan Locklair for a special celebration of Armitage's legacy. With an influence that has touched many in the state, Armitage is the original founder of the Piedmont Chamber Singers, a former university organist for WFU, and has served the city's church community with over 50 years of music and leadership.

An addition to the program began the concert, featuring organ soloist Timothy Olsen with Bach's "Wir glauben all an einen Gott" (BWV 680). Showing off the incredible organ of WFU's Wait Chapel, Olsen's patience with the chorale and the purity of the instrument's tone calibrated our ears for the timbre of the whole concert. As the architectural pillar of the concert, Olsen's performance of BWV 680 also acted as the historic and aesthetic reference point by which the consecutive pieces, Bach's Cantata No. 80, and Locklair's Requiem were able to develop.

Following the concentrated tone of the organ, the warm and tender voices of the Winston-Salem Symphony Chorus softened the interior walls of the chapel in the initial moments of the second selection, Bach's Cantata No. 80, "Ein feste Burg is unser Gott" (A Mighty Fortress is our God). As the program notes stated and as many of us know, in all of Bach's repertoire, there is not a single formal opera. However, many of Bach's larger works contain episodes of operatic drama. Cantata No. 80 is one such work that is interspersed with operatic interludes. The aria between bass and soprano, the duetto between alto and tenor, and the two solo recitatives add a direct narrative quality to the work. The guest quartet of vocalists Elizabeth Rose, Laura Atkinson, Bryon Gorhman, and Jason Steigerwalt each added their own soloist flair to the features as well. With absolute certainty, the chorus brought the piece to conclusion with a reverent sense of calmness and security.

Locklair is a local of Charlotte, NC and long-time friend of Armitage; his Requiem was an excellent programming choice that synthesized the influence of church music in Armitage's career and the importance of locality to his impact. Inspired by the passing of Locklair's father Archie and later his mother Hester, the piece summons a loved one's hope for peaceful eternal rest. Originally premiered in 2015 by The Choir of St. Paul's Episcopal Church and members of the Winston-Salem Symphony, the work was rejuvenated for this tribute to Armitage's legacy.

Locklair's Requiem includes the typical mass movements of the Kyrie, Sanctus, and Agnus Dei but also includes a number of additional texts set for solo voice. In contrast to the omniscient feeling of the requiem as a whole, the four solo movements, much like in Cantata No. 80, each imbued the work with a sense of individual character. Baritone Steigerwalt and soprano Rose both stood out to me for bringing to life the uniqueness of their solo movements. Capturing that sense of levitation felt in Holst's Neptune, the chorus begins the requiem with a soft, oscillating harmony that is always resisting to urge to settle. However, without an inkling of doubt, the chorus proceeds, steadfast in the pursuit of rest. Ultimately gratifying, the final movement, In Paradisum, delivers that comfort. Recited around the chamber by the chorus and the antiphonal quartet, the final lyric "rest in peace," brought about a soothing and long-awaited sense of fulfillment.

Even with the performance of a cantata and requiem in the beautiful Wait Chapel to honor him, Armitage's reception stands as a lesson in humility and gratitude. In his words of thanks, Armitage upheld above all the loving support of his best friend and wife, Mary. After such a momentous career, I wish for Armitage that this send-off tribute ushers in a time of joyful rest and satisfaction.