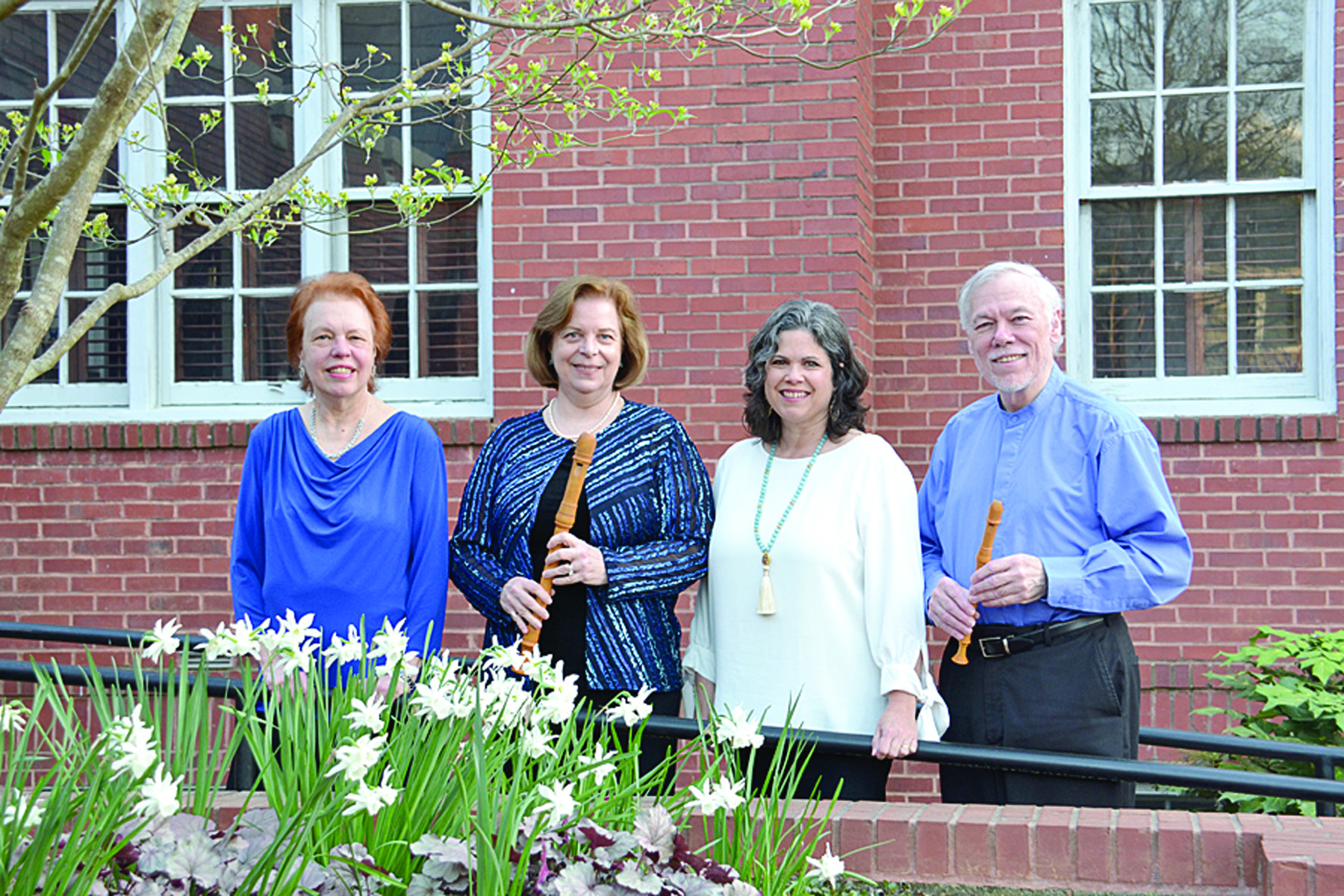 The coming of spring has long been associated with new beginnings, rejuvenation, joy and happiness and love. This has inspired music from Biblical times to the present. Carolina Pro Musica presents Ayres of Spring starting with a few medieval songs based on the theme of spring, progressing up to the 18th century.

The program begins with Landini’s "Ecco la primavera," and ends an aria from an Italian opera by Pietro Torri in which a nightingale sings and the recorder represents the bird. Eddie Ferrell’s arrangement of part of Vivaldi’s "Spring" concerto is heard with two recorders and harpsichord. The work is also reminiscent of spring with the singing of birds.

French works are in the majority of this concert with Dufay and Janequin, Marais, Daquin and Boismortier.  These composers are known to a somewhat specialized audience, so we offer new and differing views for you on this concert.

Louis-Claude Daquin (1694-1772) was a child prodigy who performance for the court of King Louis XIV at the age of six.  At the age of 12 he became the organist at Sainte-Chapelle. He continued to study but held numerous organist positions until 1755 when he became titular organist at Notre-Dame Cathedral. He was best remembered as a dazzling performer on both the organ and harpsichord. One of most famous pieces is "The Cuckoo" (Le coucou, from his 1735 harpsichord suite, Pièces de clavecin, Troisième Suite).

Parisian Marin Marais was a master of the viola da gamba. His musical studies were with Lully (conducting) and viol with Saint-Colombe. He was hired by the court at Versailles in 1679, a position he kept until 1725.  He composed 6 books of music for viols, plus chamber music and four operas. We hear a chaconne from Book III (1711), a composition in slow triple time, typically over a short, repeated bass theme.

The cantata "Spring" by Boismortier is the major work of our program. Written in 1724, it is from of a set of 4 cantatas entitled The Seasons. Boismortier had studied music in his hometown in Lorraine. He later worked in the Royal Tobacco Control but moved to Paris upon his marriage. There he was granted a royal license for engraving music in 1724. This was the start of his musical success for which he composed vocal and instrumental works numberings in the hundreds. He made enormous sums of money by publishing his music for sale to the public. He never needed to have the support of a patron.

We close our virtual season with this concert of joyous music as a thank you for all the support we have received throughout this year of challenging times. We hope we have added some joy to your lives.  Thanks for tuning in and watching.

This concert will be repeated on Monday, April 12, 2021, at 8:00 PM at Belmont Abbey Monastery, Belmont, NC before a limited audience, masked and socially distanced. For more information: www.carolinapromusica.org