Richard Strauss' Metamorphosen as a Contextual Memorial/Eulogy for 2020 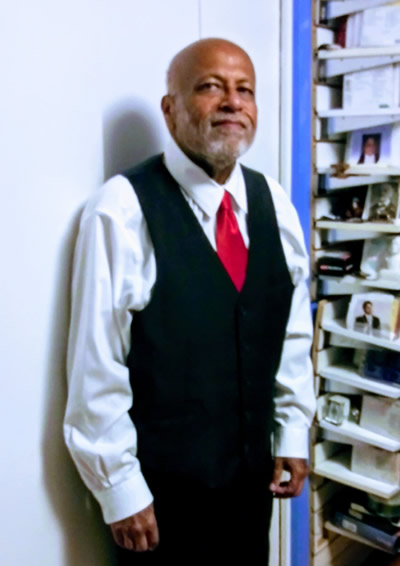 Note: These thoughts about Richard Strauss' Metamorphosen stem from preparation for performances of it with the North Carolina Symphony nearly a score of years ago – on January 19, 20 and February 6, 2001 (six months before the launch of CVNC…). The program also included music from Beethoven's Prometheus ballet and his Symphony No. 3 "Eroica," both containing themes used by Strauss in Metamorphosen.

I vividly remember the presidential election of 1972. I was 18, and it was the first election in which the legal voting age had dropped from 21 to 18. I voted for George McGovern, and I was stunned by Richard Nixon's landslide victory. In November 1972, the Watergate scandal was emitting only wisps of smoke long before its full blaze incinerated Nixon in August 1974, when he resigned in disgrace. In the aftermath, it was hard to find a person who admitted they had voted for Nixon. And even more astonishing was the fact that no Republican voter or politician who had loyally and enthusiastically defended Nixon during his two years of screaming that Watergate was a "hoax" ever admitted that they had been taken in, duped, or lied to by the common criminal in the Oval Office. His successor was Gerald Ford who, after taking the oath of office, described the Watergate affair as a "long national nightmare." He was right, and immediately, people, in relief, "moved on. That is, until Ford pardoned Richard Nixon, which created a furor. (Nixon never apologized.)

One also searches in vain for apologies in the post-war reminisces of the Germans who lived in the Third Reich and who supported the policies of Adolf Hitler. A human being can justify anything to get what they think they deserve. "The economy was good then! And he was a strong leader who stood up to the complainers and the 'aliens' who were impediments to 'law and order.' And as for the Jews? Dear God, they must have done something wrong to deserve what happened to them!"

The one apology I have come across from a person who lived in Nazi Germany was a musical atonement by Richard Strauss.

The composer was born in Germany in 1864 and died in 1949. In the 1890s he began writing a series of symphonic tone poems and operas that both shocked and delighted audiences everywhere. By 1920, he was considered to be the world's greatest living composer.

In 1933, Hitler and the Nazis came to power. Like many German musicians, Strauss decided not to leave Germany but to stay and work with the new regime in order to protect and stabilize the culture. There will always be endless controversy as to whether this was a good or a bad response to the political climate. Joseph Goebbels, Reich Minister of Propaganda, appointed Strauss as a kind of Prime Minister of music. But Strauss was no Nazi; he never joined the party and, privately, he was hostile to this group. In fact, an anti-Nazi letter Strauss wrote in the late 1930s was intercepted by the Gestapo, and until the end of the war he was basically persona non grata. Some of his privileges were revoked and some performances of his operas were cancelled. From that point on, owing to this "intemperate" letter and the fact that his daughter-in-law was Jewish and his grandsons were half-Jewish, he knew that everything he loved most was in danger.

At the end of 1944, Strauss began writing what he initially called a study for 23 solo strings. Each of the string players has his or her own individual part.

At this time it was obvious that Germany would lose the war and be destroyed in the process. Strauss watched in horror as his favorite opera houses, concert halls, and museums were bombed by the Allies. At the same time, he must have felt some guilt for having stayed in Nazi Germany and having had professional dealings with some of the arch-fiends who precipitated this devastation.

The starting date for the beginning of the composition was August 13, 1944, the day after the destruction of Strauss' beloved Vienna Opera. In May 1945, he wrote in his private diary, "On May 1, there ended the most terrible period in human history in mankind; twelve years of the reign of bestiality, ignorance, and illiteracy, under the greatest criminals, during which the fruits of Germany's 2000 years of cultural evolution were condemned to extinction and irreplaceable buildings and works of art were destroyed by a criminal rabble of soldiers."

Strauss' study for strings was eventually titled Metamorphosen. To many, it is a confessional work into which he poured all his feelings about this period. However Strauss never explained the title of the work. Most symphonic works feature a metamorphosis or development of themes but, despite the title, this one does not. It is a succession of motives and melodies that seem to tell a tragic and hidden story. But perhaps a clue to the message of the piece may derive from the fact that some of the themes were originally intended to be used in a choral work based on an eloquent poem by Goethe. It could be that the first two verses of this poem, "Dedication," provide a key to what Strauss was thinking when he wrote Metamorphosen.

No man can really know himself,
Detach himself from his inner being
Yet, each day he must put to the test,
What is in the end, clear:
What he is and what he was,
And what he can be and what he might be.

But what goes on in the world,
No one really understands it right,
And up to the present day,
No one desires to understand it.

Goethe was Strauss' most revered literary hero, and if one could boil Goethe's philosophy down to one single statement, it might be: Man's greatest attribute is that he has the capacity to transform himself from egocentric selfishness to compassionate virtue. I believe that to be the message of his magnum opus, Faust. When Leonard Bernstein in his Norton Lectures spoke of our "Faustian culture," I believe that Maestro was referring to man's ability to be both enormously creative and positive and equally destructive and barbaric.

But after two world wars and the destruction of the land of Beethoven, Bach, and Goethe, it was, from Strauss' perspective, in 1944, almost impossible to believe in the eternal upward progression of the human spirit.

One of Strauss' most popular tone poems is Death and Transfiguration. The work begins with a struggle against death that eventually resolves into a state of acceptance and celestial bliss. Metamorphosen might appropriately be sub-titled "Death without transfiguration." At the very end of the piece, Strauss quotes the main theme from the funeral march of Beethoven's "Eroica"; in this context, the melody seems to symbolize the dark, destructive part of human behavior. There is no comfort in the finale; instead it ends tragically with the realization that "we have met the enemy, and he is us."

At the bottom of the orchestral score Strauss has written two words: IN MEMORIAM!

Germany lay in ruins, despised by the world. Strauss had "danced with the devil." And now, he faced the deep, painful winter of old age, his international reputation in tatters. In writing his last instrumental masterpiece, a cathartic musical confessional, he portrayed the bleak horror of a world gone mad, all caused by "the power of one."

Everyone who chooses to live in human society will at some point  be tempted to make a Faustian bargain with the devil in order to receive external validation. If it's true that we are all "children of our time," we must seek in our maturity a validation that comes from within – or from God. And then, we will be "adults" of our time."

Is it fate or choice? If we control our own destiny, it must be the latter. May we choose wisely. And may this music serve as our guide – listen to Herbert Blomstedt’s Dresden recording (with score) here and/or Rudolf Kempe's, here.

Editor's Note: Maestro Curry has shared this article with his DSO friends as part of his weekly "Monday Musicale" column, and he has added a series of photos to illustrate the relationship of Strauss with the German authoritarians. See https://durhamsymphony.org/2021/01/04/monday-musicale-with-the-maestro-january-4-2021-richard-strauss-metamorphosen-as-lament-and-atonement/.