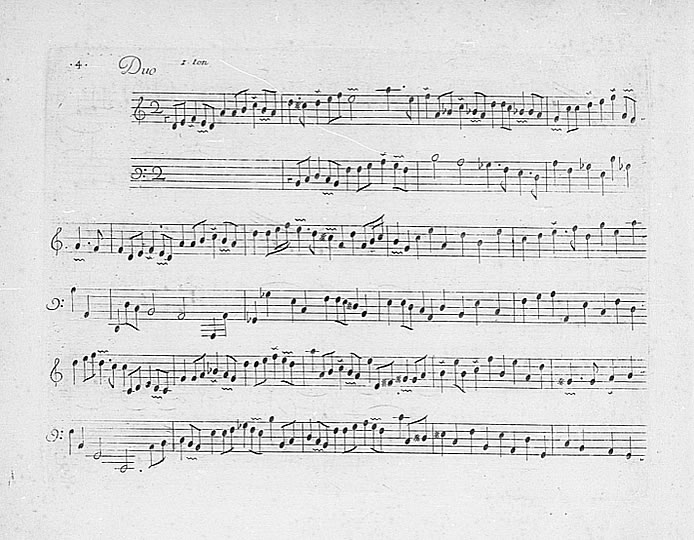 We don't usually go to concerts without some expectation of what we are going to hear. When we hold a CD, open it up, slip it in the player, and start it up while we peruse the liner notes, we frequently have a pretty good idea of what we are going to hear. One of the challenges of reviewing a CD is trying to step back from expectation and truly listen. If I had been assigned to listen to this CD blind, what would I have heard at first?

First of all, organ music, on what is obviously a very good organ, in the French style, playing French seventeenth-century music. I would note the delicious acoustics of the building (presumably a church), the delicious precision and style of the performer, and the equally delicious compositions. I wouldn't be able to tell you the composer was Jacques Boyvin, that the performer was Kola Owolabi, or that the organ was the instrument by Andreas Silbermann at Ebersmunster in Alsace. But I'd immediately say that my ears told me this is a very fine CD.

Boyvin was probably born in Paris right in the middle of the seventeenth century – 1649, sources say. He was appointed titulaire of Rouen Cathedral and remained there the rest of his life, dying in 1706. This excellent recording consists of four suites from his second Livre d'Orgue. They are not dance suites but compilations of pieces for use on the organ during Mass. Although Boyvin does not, in 1700, call these organ masses the way Couperin does ca. 1690, the pieces are much the same, and the variety allows one to sit and listen as one would to a typical recital. The general framework of an organ mass encourages variety, which is evident in Boyvin's composition.

The performer is Canadian organist Owolabi. North Carolina is not totally strange to Owolabi; he performed in Greenville in 2011. Owolabi's playing is fresh and exciting; and he totally understands the nuances of the French seventeenth-century style, including notes inégales. Particularly delightful are the majestic Grand dialogue à quartre choeurs from the Suite du cinquième ton and the Recit tendre from the Suite du premier ton.

The important organ surviving at Ebersmunster was built largely by Silbermann and playable by 1730. Although this instrument is thirty years later than Boyvin's composition, it is completely in the French Classical style and has all the resources needed. Consider when you hear the sounds of this instrument that Andreas taught organ building to his brother Gottfried, who was a colleague and friend of J. S. Bach. Both the Silbermanns favored meantone tuning; Bach didn't agree. Sources recount how Bach delighted in tormenting Gottfried when at the keyboard by modulating off into keys that are impossible in meantone and then saying, "You tune the organ your way and I will play it my way." It speaks of Owolabi's relationship to this instrument that his photograph on the University of Notre Dame biographical page linked above shows him at the console in Ebersmunster.

As I strayed down several delightful rabbit holes while preparing for this review, I came across Boyvin's engraved score. I reflected on how satisfying it is to read Western musical notation and how it is a very widely understood language, even in the archaic engraving of 1700.