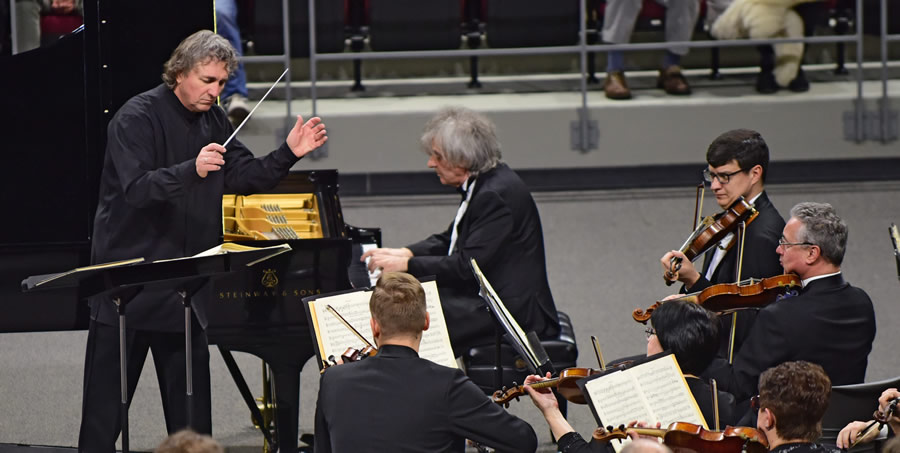 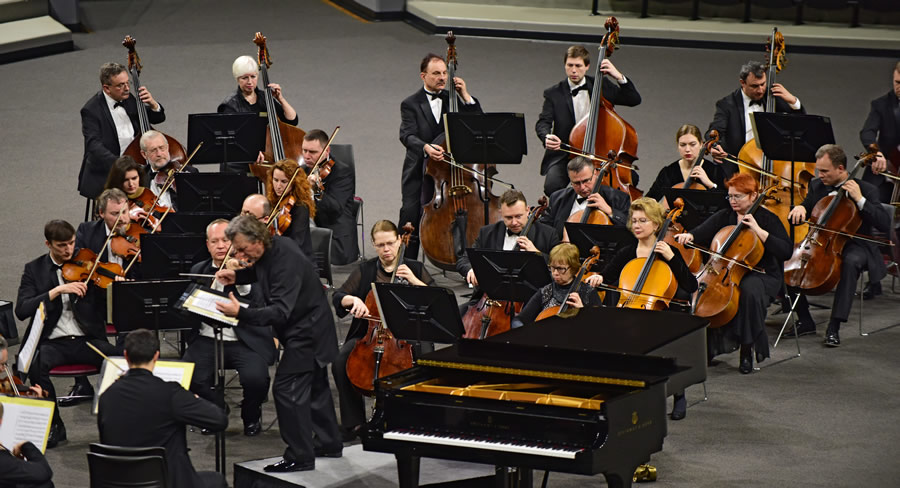 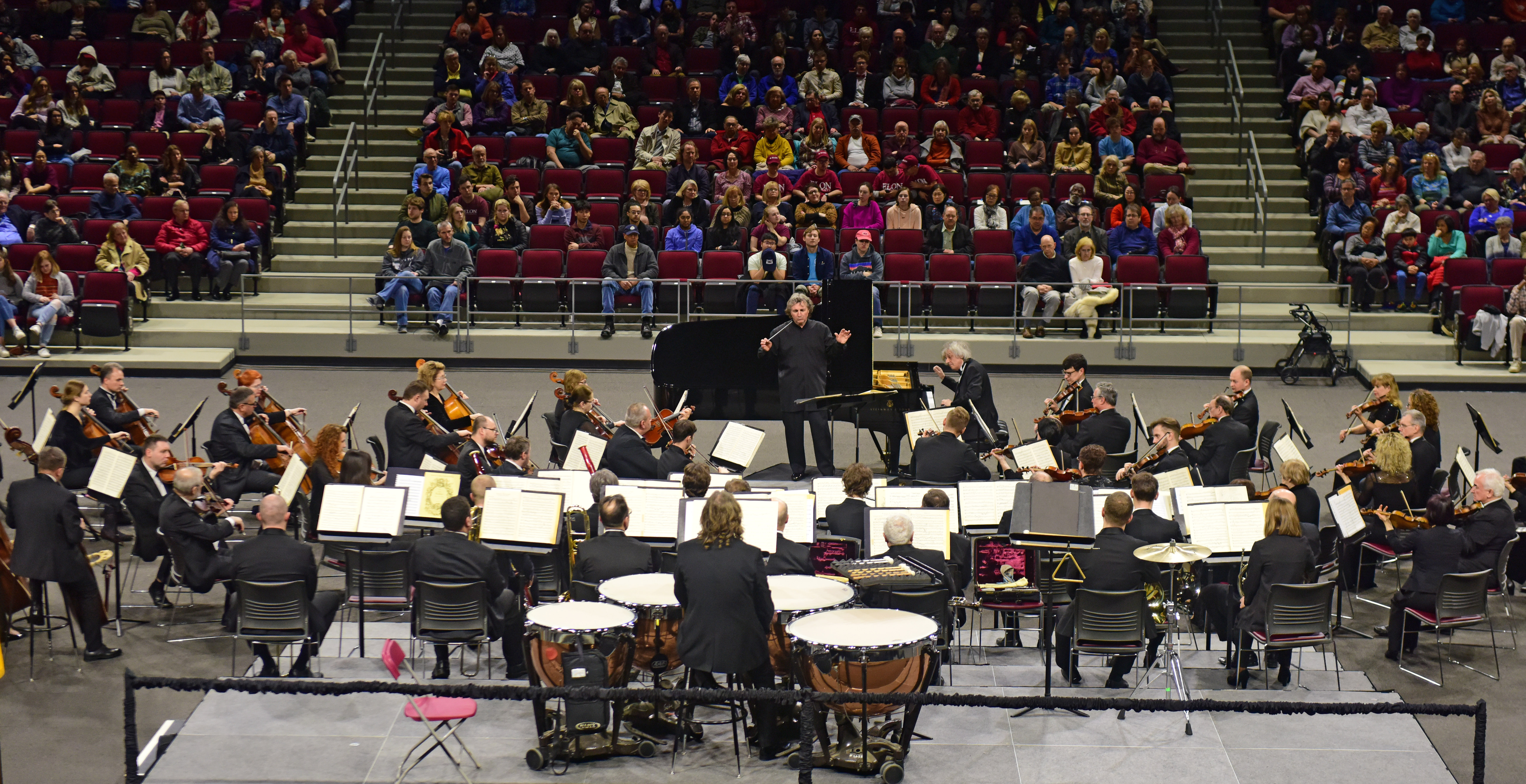 In effect it was a throwback to the glory days of East-West cultural exchanges, those grand occasions when we sent our best performing arts organizations into what was the old Soviet bloc and they sent their amazing virtuosi here, to dazzle American audiences. These diplomatic forays, many sponsored by the State Department and some actually funded by the CIA, helped bring the Cold War to an end and ultimately, some believe, led to the demise of the USSR itself. (Remember glasnost and perestroika?) It that respect, they weren't win-win affairs – just ask Putin. But in most other respects, they definitely were. The artists and ensembles who visited here – who came to many of our college and university campuses, and whose presence significantly enhanced our collective world-view – were, for a time, affordable, thanks to weak currencies in many of their home countries. And such art! We'll cite merely one example that lingers in the memory after nearly 60 years – a visit to Raleigh, to NCSU's Friends of the College series, for a performance before a capacity crowd in Reynolds Coliseum, heralded by the noise of the train just across the street from the basketball palace, of the Leningrad Philharmonic, with guest soloist David Oistrakh – and at the height of the Cuban missile crisis. Ah, those were the days! (For a discussion of that series, see our colleague Roy C. Dicks' recent article starting on page 30 of #creativeSTATE.)

On this occasion, it was Elon University that scored the cultural coup, offering a free concert by the National Symphony Orchestra of Ukraine in its relatively new Schar Center, a splendid 5,100-seat multi-purpose arena that served more than admirably for this event. There's plenty of (free) parking, the facility is thoroughly accessible, and the sound at this concert, while dry, was for the most part perfectly acceptable – but I hope someone will remind me next time not to sit in a direct line from the bass trombone bell....

We've had our ups and downs with the Russians, who alarmed us before they were our allies and then became our rivals and our enemies. Ukraine was part of that for a while, but now they're on the outs with the Russians, struggling for their independence in a deadly conflict with their invasive northern neighbors. For most Americans, Ukraine, long celebrated as the bread basket of Europe, has always been special and a distinct exception from the norm in that part of our planet. And just think of the art and culture that has arisen from the great nation-state – including some of the world's leading creative and performing musicians.

The Elon concert, given by a somewhat reduced ensemble,* began with a celebration of Ukrainian art: Maksym Berezovsky's Haydnesque Symphony in C. Of course. The short and challenging life of the composer (1745- 77) is not reflected in this happy music, buoyantly played by these cultural ambassadors under the deft leadership of artistic director and chief conductor (since 1999), Volodymyr Sirenko.

Tchaikovsky's a "safe" Russian composer who predated the USSR and whose work has since the great collapse been increasingly celebrated by his fellow artists and scholars. The Elon performance of the Piano Concerto No. 1, which featured soloist (and composer – and adjunct at the College of Charleston) Volodymyr Vynnytsky, was unique in this listener's experience: this was a lyrical, poetic reading, virtually devoid of bombast. Maybe it was the hall and the somewhat diffuse sound the orchestra projected. The pianist – a brilliant player, to be sure – was always audible, never overpowered by his colleagues. The upshot was that we experienced the music as never before, with immaculate playing all 'round that revealed the score's many inner beauties. The audience rewarded the artists with hearty, protracted applause at the end of the first movement – richly deserved, one might add, on this occasion. It wasn't a hum-dinger – far from it. But it was one gorgeous performance – despite the prominence, from where we were, of that bass trombone….

Brahms' Symphony No. 3 brought the evening to a formal close. This, too, was a very special reading, graced by lyricism and poetry and considerable introspection. Thanks to the astounding winds and brass (including that trombone…), I think the slow movement was among the most beautiful performances I have ever heard. The audience clearly sensed the magnificence of the playing and the interpretation, and the response at the end was heart-felt. This in turn elicited not one but two encores: a waltz by Mykola Lysenko (1842-1912), one of Ukraine's most celebrated composers, and a melody (romance) by Myroslav Skoryk (b.1932), whose music, based on this sentimental charmer, certainly merits further exploration.

The "printed" program was delivered electronically, requiring the use of a smartphone to capture a QR (quick response) code and then summon up the text – something geezers with older devices (think Blackberry) probably found challenging. For the record, here's a link to that program: http://www.elon.edu/assets/docs/cultural-calendar/nsou-elon-program.pdf.

We were sad that the national anthems were omitted. (Ukraine's is here.) Now, more than ever, perhaps, we Americans must demonstrate our solidarity with these allies and friends whose country is the last significant barrier to Russian (re)expansion. And for the record, the program itself underwent some transformation following its initial announcement. It was to have begun with Lysenko's Taras Bulba Overture (available here in a performance conducted by this evening's maestro) and concluded with Brahms' Fourth. As it happened, we got our dose of Lysenko in the first encore. And the orchestra offered not one but three works by Ukrainian masters. Good, all good!

*The roster lists about a hundred players, but there were only around 60 at this performance.

Final notes: Lysenko's charming, folk-inspired Natalka Poltavka may be seen in a 1936 film here. Even without subtitles, it’s worth your investment of time. As is another opera by another great Ukrainian composer, Mykola Arkas (1853-1909). For a recording (in four parts) of his Katerina, featuring the incomparable Ukrainian tenor Ivan Kozlovsky (said to have been Stalin's favorite), start here.