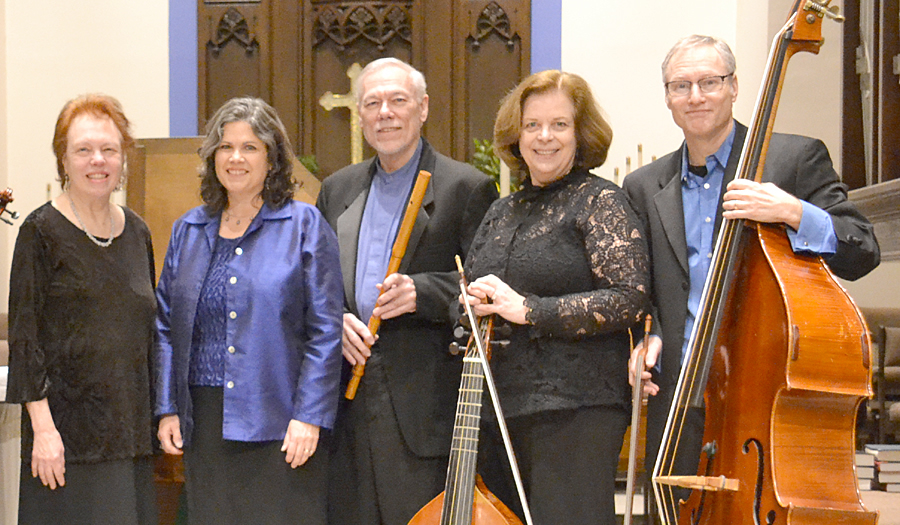 Bach's cantata BWV 199 is a dramatic work for soprano. It is the centerpiece of Carolina Pro Musica's February 8, 2020 concert. This is a cantata with diverse emotions (something unheard of in Bach's day).

This unique work had an interesting history dating from 1711 in Weimar. The influence of secular poetry can be seen in the text by Darmstadt novelist, poet and writer of opera libretti Georg Christian Lehms who published these words shortly before Bach's composing of the cantata.

The work begins promptly with an accompanied recitative as the soloist (sinner) states the condition in which she finds herself. The first aria has a ritornello played by the flute. This following recitative ends with a statement of repentance which continues in the following aria (Deeply bowed and filled with regret).

A short recitative leads to a verse from a chorale with text by Johann Heermann the hymn writer in which the troubled child addresses the relationship of the human to God. This movement has a lovely solo obligato ritornello while the chorale is in the voice with the words "in thy wounds I have always found salvation."

The last recitative with its soaring melisma introduces joy which leads to the final all-too-short dance-like aria of salvation and redemption. Julian Mincham states "It has no trumpets, horns or drums to drive its message home; they are not needed. . . "

This cantata was performed 3 times in Bach's lifetime. In 1714 it was performed in the Weimar Schlosskirche, revived in Köthen between 1718 and 1722 and heard again August 8, 1723 in Leipzig where the new cantor (J.S. Bach) featured his wife Anna Magdalena as the soloist.

Our performance is based on the Neue Bach Ausgabe Leipzig version. Bach transposed the cantata a whole step higher to the key of D minor. The chorale movement specified the violoncello piccolo (a small 5 stringed cello) for the obligato instrument. For our performance we are using viola da gamba and have replaced the obligato oboe with baroque flute which works well in the new key.

Other works on the program are by Vivaldi: Violin Sonata Opus 5 No. 2 featuring John Pruett, Flute Concerto Opus 10 No. 4 with Edward Ferrell, 18th c. flute and "Umbrae Carae." from Vivaldi's only surviving oratorio Juditha Triumphans.