"Playing can make us all feel better, no matter how badly we play." 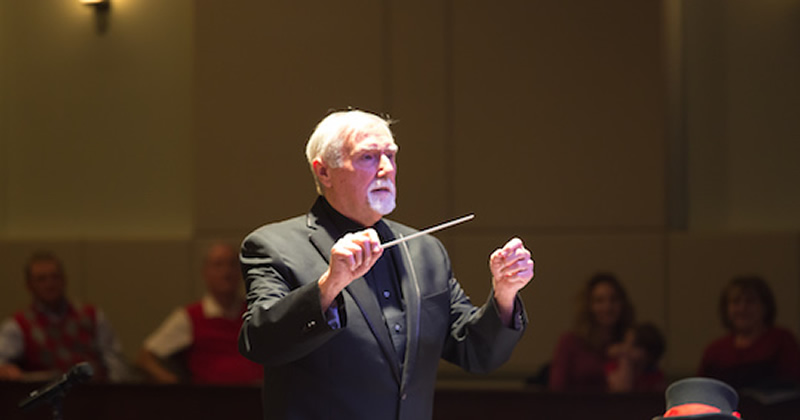 Once upon a time – in 1995, to be specific – and in a distant land – Scotland, to be specific – a writer named Smith – Alexander McCall Smith, to be specific – decided he'd had enough of waiting to be called for the sousaphone and contrabassoon services he was offering in order to supplement his income as a scribe, so he and a (presumably well-lubricated) bunch of pals decided to create their own orchestra because – well, why not? The result was the Really Terrible Orchestra, and if you think that was a really terrible idea with no viable future, think again: there are myriad offshoots now, including our very own incarnation, right here in Central NC – the Really Terrible Orchestra of the Triangle, or RTOOT for short. Egad!

That Scottish crowd is still going strong, albeit on the fringes of polite musical society – that's the Edinburgh Fringe fringes, folks.

Here's what they say about their purpose in life, their mission, and their first successes: "It was … a full house, and we learned the value of offering wine before the concert. We also came to learn the merits of keeping our concerts short, of playing simple recognisable [sic] pieces, of distracting the audience with speeches, adlibs from the conductor and audience participation, anything to limit the number of minutes when the orchestra was playing…."

Adapted and adopted here, RTOOT keeps it short if not invariably sweet, boisterous if not balanced, decently enough talked up and around and about, and festive to see if not (always) to hear. They're not really terrible, nor are they (as a critic who failed to get the joke once wrote) "truly awful." But we digress….

Academy Street in Cary was as festive as the stage of the Cary Arts Center, where 120 RTOOT members held forth – yep, that's the count on the roster, published in the program – and that makes it the King of Orchestras, hereabouts, if size is the governing criterion. Those members were done up in various holiday and other accoutrements – a gal in a wedding dress in the horn section, Santa lurking among the basses, garlands wrapped around hats – you get the picture. The place – it seats 550 – was sold out weeks ago, in October. There were no warnings about photos or recordings (fancy that!). And the show followed most of the aforementioned guidelines – 'twas short, the tunes were familiar, and there was much banter, mostly from Michael Bacigalupo but also from conductor Bob Petters, who was publicly identified as the former head of music at NCSU although for some reason the obligatory warning line about not actually telling any of his erstwhile colleagues what he is up to now seemed to have wound up on the cutting room floor. (Speaking of which, there were in addition some highly esteemed artists of considerable renown in attendance, but concern for their professional reputations precludes my mentioning them by name.)

The concert was dubbed "A Mildly Italian Christmas." The PR person must work at a pizza joint? "Around the World" might have done better. But why quibble? The first half was more than mildly Italian, featuring a toccata, said once to have been attributed to the former premier Berlusconi (we're not making this up) that is thought to have been composed by a libertine from Spain by the name of Cassadó (arranged by Hans Kindler, former MD of the National Symphony). Two actual Italian tunes followed – overtures to Verdi's Forza del Destino and Rossini's Barbieri di Siviglia. We were reminded – not altogether favorably – of the famous wartime film of the former with Toscanini ferociously leading the NBC Symphony; my editor advises against comparisons on the grounds that they're odious, so let's just say that live performances like this one have their merits, sometimes. The Rossini was realized with rabbit headgear in place throughout the band – this served as a welcome distraction. The intermission was welcome.

When the music resumed, it was an attractive suite of video game tunes (seriously – very nice) arr. by Ralph Ford and conducted by Douglass Payne,* who actually did a fine job of stick-waving (seriously – very nice) that elicited some of the evening's most respectable playing. (We are not supposed to comment on performers' attire, but I gotta say that if Petters ever shows up at a concert in a skin-tight suit I will give up the reviewing business forever.)

"The Night before Christmas" was handsomely read by Bacigalupo with orchestral accompaniment in the form of a score of potboilers done up by Bill Holcombe that might be worth hearing again sometime (seriously – very nice).

The grand finale began with a (mercifully) short carol singalong in which kazoos were provided for the vocally inept among us, followed by the "Hallelujah" Chorus (which everyone knows, right?) Some actually stood, so here's a good place to remind everyone that the reason the King rose to his feet at that long-ago performance was that he was suffering from severe gastric distress. (Funny how "traditions" get started.) The rousing rendition of the Handel prompted (without too much prompting) an encore, "Sleigh Ride," that allowed us all to escape into the cool night air at 8:58 p.m., just in time to catch the late train to Glasgow or wherever.

Some of us older hands miss My Strow Sandy Hobgood, who launched this RTOOT thing. Some of us miss the late cello diva, Sue Coon, who passed away earlier this year. I'm confident they'd have been both pleased and amused at this latest installment. Bravo tutti! (That's Italian.)