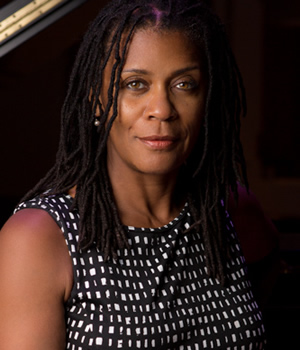 This preview has been provided by Lenora Helm Hammonds.

Join vocalist Lenora Helm Hammonds, instrumentalists Tim Holley and Aleen Pocock, and narrator Jay Attys for an evening of music, conversation and food as they celebrate the life of Florence Price, the first African-American classical music composer to have a symphony performed by a major orchestra. Hear her fascinating story told through music interwoven with narration as the singer and instrumentalists present the works of this great American artist.

Tickets available:
at the Cary Theatre box office
online through Etix at https://bit.ly/2PSpkcT
by calling (800) 514-3485

Throughout her 30+-year span of musical achievements as a Jazz Vocal Musician specializing in Classic, Traditional jazz standard, Lenora Zenzalai (ZenZAYLay) Helm has toured, recorded, and performed with renowned artists around the world. Her career as a vocal musician has encompassed time as a lyricist, guest artist, background singer, composer, and educator at North Carolina Central University. During her time as a musician, Helm has earned recognition as: a quarter-finalist for the 2014 GRAMMY Music Educator of the Year Award, a Salzburg Global Citizenship Fellow, a UNC Global Educator Fellow, a Fulbright Senior Music Specialist, and the former US Jazz Ambassador under the State Department and Kennedy Center.

She has contributed to the music industry with six solo recordings, some of which are under her own recording and publishing company, Zenzalai Music. Helms' most recent CD, I Love Myself When I'm Laughing, was listed on Independent Ear's "30 recommended 2012 Record Releases." This recording also joined the distinction with her previous releases, in 2003 and 2004, garnering inclusion on the 2013 GRAMMY ballot for consideration of nomination in vocal jazz and arranging categories. Her seventh release, For the Love of Big Band is slated for release Fall 2019.

Her touring, recording and performing credits span many genres — including R&B, neo-soul, and pop having toured with Michael Franks, Freddie Jackson and many others, as well as appearing in St. Louis Woman with Dance Theatre of Harlem. She was a featured guest artist with the Durham Symphony and has held highly touted leading roles in theater productions like Aldonza in Man of LaMancha and in opera as Queen of the Night in Mozart's The Magic Flute. Helm's critically acclaimed Chronicles of a Butterfly CD release, (produced by Branford Marsalis), was recorded live and featured renown pianist Mulgrew Miller.

Academically known as Lenora Helm Hammonds, Helm is a force in music education who is dedicated to creating globally-minded, trained musicians. She recently completed coursework in doctoral studies toward a Doctor of Musical Arts, Music Education at Boston University, and expects to defend her dissertation in 2019. Helm currently holds a BM in Film Scoring and Voice from Berklee College of Music, and an MM in Jazz Performance, Voice from East Carolina University. Outside of academia, Helm created a library of online vocal training programs at www.LenoraHelm.online, including Vocal Jazz Online, Vocal Musicianship Academy, Vocal Jazz Summer Camp, and Songwriting Workshop. A Chicago native, Helm now resides in Durham, NC, with her husband, Fred Hammonds. Visit her at www.LenoraHelm.com.