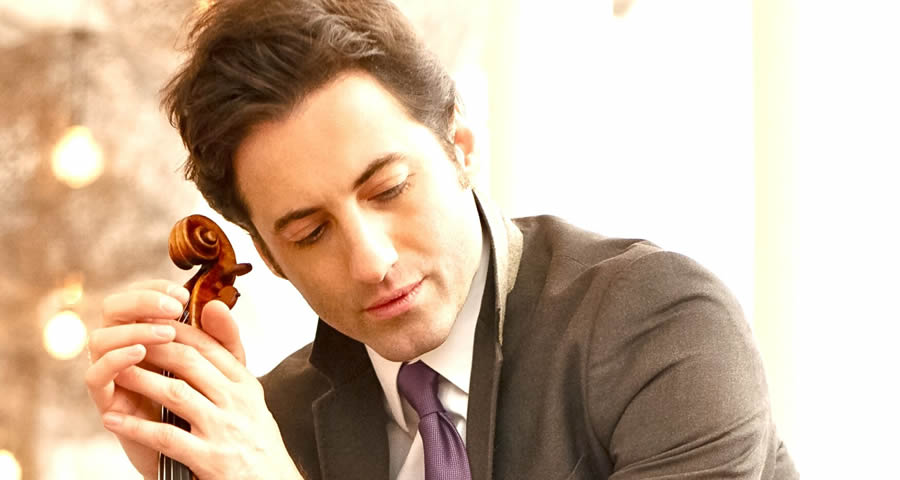 This preview has been provided by North Carolina Symphony.

The program features Quint in the U.S. premieres of three new arrangements of compositions by Charlie Chaplin, developed over more than three years by Quint and arrangers Charles Coleman and Leon Gurvitch. All three works – "Smile" (Theme from Modern Times), The Kid Fantasy, and "Eternally" ("Terry's Theme" from Limelight) had their world premieres in Mexico City in August 2019.

Quint also performs Barber's hauntingly exquisite Violin Concerto, a work of lush, lyrical moments and stunning virtuosity. The finale, in particular, puts tremendous demands on the soloist, who performs at a breathless tempo for 110 measures without interruption.

Guest conductor Rune Bergmann, a favorite of both NCS musicians and audiences, leads the program, with the second half featuring Rachmaninoff's Symphony No. 2 – also known as his "Victory" Symphony. Rachmaninoff had fallen into a depression following the failure of his First Symphony and this romantic masterpiece was his redemption.

NCS will host a Young Professionals Night on Saturday, October 12 in Raleigh, connected with this program. The event package for young professionals includes premium seating in a reserved section of Meymandi Concert Hall and a "Black & White" themed after-party with NCS musicians and the guest artists – hosted by the Residence Inn Raleigh Downtown – with food and drinks, games, a photo station, and prizes. Young Professionals Night event packages are sold in advance only, at ncsymphony.org/CHAPLIN.