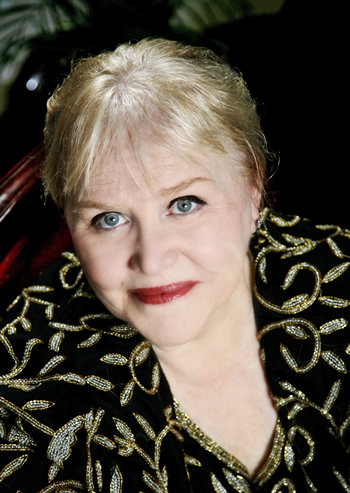 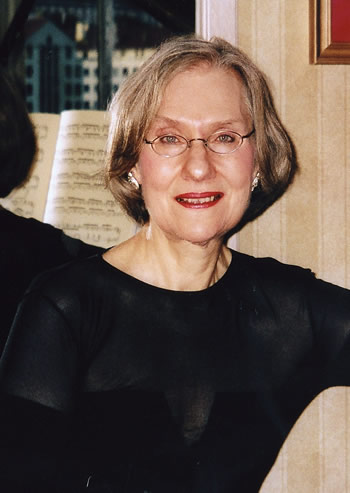 This preview has been provided by Katherine Posner.

CONCERTS ON CANTERBURY, a music series presented by the music department of Saint Michael's Episcopal Church in Raleigh, will feature a vocal recital by Katherine Kaufman Posner, Soprano, and Margaret Singer, Pianist, Sunday, October 13, 2019, at 3:00 pm. These two artists have collaborated for decades and will present a program entitled "From the Heart" which will be inspiring and uplifting. Not to be missed, music featured will be by Handel, Wagner, Barber, Swanson, Adams, and Kerr.

The program will begin with two arias from Radamisto and Rinaldo, operas by G. F. Handel, and then turn to five poems of Mathilde Wesendonck set to music by Richard Wagner. After a brief pause, the artists will present three songs on poems by James Joyce composed by Samuel Barber, and conclude with songs by three African American composers, Howard Swanson, Leslie Adams, and Thomas Kerr, Jr.

Katherine Kaufman Posner was called by Metropolitan Opera Conductor Kurt Adler, "One of the voices of her generation." After winning the Metropolitan Opera National Auditions at the age of twenty, she made her professional debut at the Santa Fe Opera. She also appeared at the San Francisco Opera as Lisette in La Rondine, sang four trans-continental tours with the Goldovsky Opera Theatre as Rosina in Barber of Seville, Micaela in Carmen, and as both Mimi and Musetta in La Boheme. She performed at (then) Avery Fisher Hall as Micaela in Carmen and with the Duluth Opera as Oscar in The Masked Ball. She completed a Master's degree in Opera Theatre from Manhattan School of Music and sang performances at Lincoln Center and Carnegie Hall. Katherine was also a winner in the prestigious Liederkranz Society competition. Katherine enjoys and embraces the recital platform and has sung recitals many times throughout her musical career. She has been on the faculty of four universities and has been a successful teacher of singing for many years, currently maintaining a busy studio in Raleigh.

Margaret Singer is a native of Oklahoma, where she received her early training. She continued her studies on a Fulbright grant at the Royal Academy of Music, London. While there, she earned the Associate of the Royal College of Music diploma, and the Fellow of the Royal Academy of Music diploma. She also won prizes for solo playing and accompanying. The latter was judged by Gerald Moore, who wrote " . . . she was the only one who sang with the singer." Upon her return to the United States, she worked as an Assistant Conductor at the New York City Opera, the San Francisco Opera, and the Washington Opera (D.C.)

Since 1986, Margaret Singer has made her home in Germany, where she worked as Coach at the opera companies of Hannover, Erfurt, and Stuttgart, and currently she works with the young singers and apprentice coaches at the Académie of the Opéra de Paris.