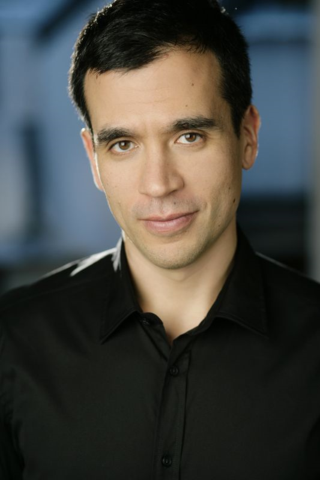 This official opening concert of Duke University's Music Department's 2019-20 season had been eagerly anticipated. The concert, held in Baldwin Auditorium, featured a joint faculty/ztudent snsemble under the direction of Rodney Wynkoop. Unusual combinations of instruments were deployed throughout an imaginative program. The first half of the concert featured Still Life for Eight Violins (1981) by Jo Kondo (b.1947) and an all too rare second revival performance of Pedal Points (1993) by Stephen Jaffe (b.1954). After intermission an all-faculty ensemble played a recreation of the original nonet version of the bucolic First Serenade in D, Op. 11, for winds and strings, by Johannes Brahms (1833-97).

Japanese composer Kondo is fascinated by the music of Ancient Greece and strong differences in instrumental timbre. While in New York City in 1978, on a grant from the Rockefeller Foundation, he became acquainted with avant-garde composers, among whom were John Cage and Morton Feldman. Kondo's Still Life (1981) for eight violins consists of 105 measures. "Each measure contains an 'aggregate' of one to eight pitches. Other than for the last two, all aggregates are nominally identical in duration, dynamic, and attack."

I was deeply impressed by the world premiere of Jaffe's Pedal Points on May 25, 1994, at the Duke Summer Festival of the Arts in Reynolds Industries Theater. The work for baritone and a consort of low instruments featured Peter Becker and an eclectic ensemble directed by Tonu Kalam. Jaffe wrote that it was "a volunteer, not composed for any particular commission or request" but instead was in "response to these beautiful poems by Mary Oliver and Robert Francis (and it is my experience that poems do actually seem to choose the composer)." Beside the baritone, the work requires three violas, four cellos, harp, and timpani. Jaffe shares with Benjamin Britten and Virgil Thomson an extraordinary ability to set the English language to music.

It is amazing that this is only the second complete performance and that it still awaits recording! The vocal part is very demanding, requiring solid vocal control of BOTH extremes of the singer's range. Rising young baritone Thomas Meglioranza met these in spades besides producing a fine, warm tone and very clear diction. Of the eight sections of Pedal Point, only No. 2, "The Buddha's Last Instruction" (Oliver) and Nos. 4, "Pedal Point," 5, "Boy Riding Forward Backward," and 8, "Spell" (all by Francis) have text. The instrumental support of the singer was as fascinating as it was effective.

Delightful mixes and juxtapositions flavor the purely instrumental sections: No. 1, "Antiphonal Prelude" features the full group, while No. 3 "Interlude" delights with plucked strings and arpeggios from the harp, spiced with pizzicatos and bowed phrases from paired pairs of violas and cellos. No. 6, "Passage" ("Moment" at the premiere), is a subtle exploration of timpani sonorities with hushed color from a suspended cymbal. No. 7, "Chorale" features rich textures and shifting timbres from harp, violas, and cellos.

Brahms was in his mid-20s and based at the small court of Lippe-Detmold when he composed his Serenade No. 1 in D, Op. 11 (1857-58), initially for a nonet of winds and strings; he later expanded it for full orchestra. Its six movements are modelled after the divertimentos and serenades of Mozart but the texture is richly Brahmsian. This concert featured one of attempts to reconstruct the composer's original scoring for a nonet of winds and strings.

The wind players were flutist Carla Copland-Burns, clarinetists Jimmy Gilmore and Edwin Riley (of the GSO), bassoonist John Pederson, and hornist Rachel Niketopoulos. The string players were violinist Hsiao-Mei Ku, violist Bagg, cellist Stinson, and double bassist John Brown. The performance glowed. with strong characterizations by every player, not least the clarion, heroic horn! The sharing of the minuets one and two between winds and the strings in turn was delightful. The solo bassoon setting the rhythm of the first minuet was piquant. Rhythms were vivid throughout. Brahms' love of nature was superbly conveyed.