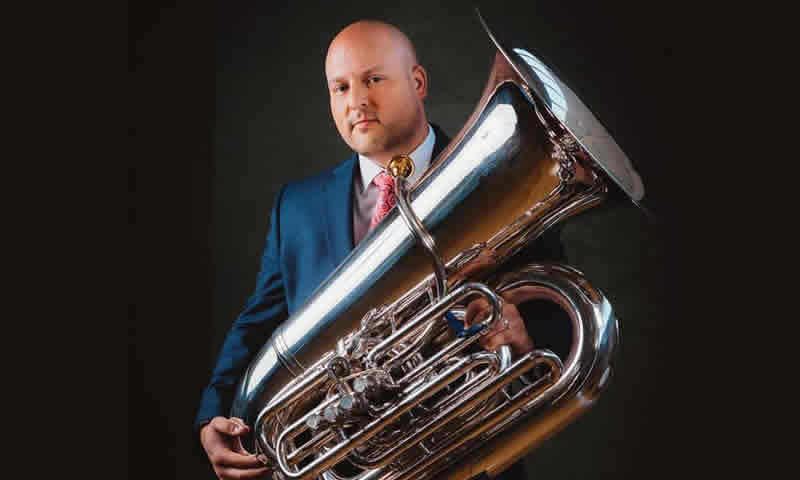 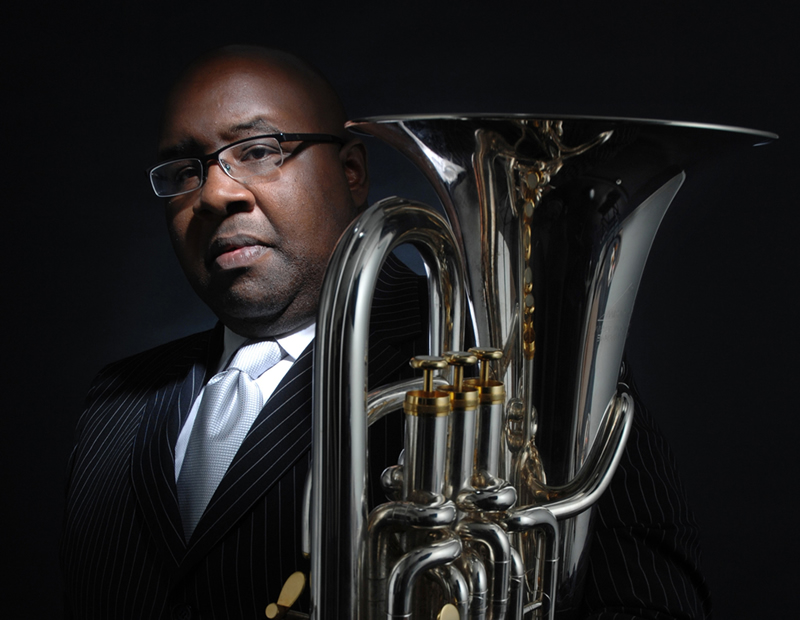 The relatively obscure euphonium, also known as a baritone horn or tenor tuba, is a conical low brass instrument that is recognized for its singing, vocal quality. The euphonium is found mainly in wind ensemble, concert band, and British brass band repertoire, but it takes a prominent role in several major orchestral works. The Young Artist Orchestras will perform two of these works, Holst's The Planets (July 4) and Richard Strauss' tone poem Don Quixote: Fantastic variations on a Theme of Knightly Character (July 5), on dates that coincide with the Institute, giving several euphonium players the rare chance to perform with a symphony orchestra.

Dr. Tindall makes the case for the tuba's utility as a solo instrument in a free recital on Thursday, July 4, with Dr. Thurman. His solo playing has been described as "remarkable for both its solid power and its delicacy." His technical prowess will be on display in pieces such as Handel's Aria con Variazioni and an arrangement of John Williams' Jabba the Hut. Tindall will craft simple yet beautiful melodies in These Mist Covered Mountains by British composer Peter Meechan. Dr. Thurman, a consummate musician whose euphonium playing has been described as "awe inspiring," is presenting a varied program that swings between classic repertoire and more bluesy, soulful pieces. Simone Mantia's Believe Me if All Those Endearing Young Charms is a standard theme and variations that shows off Thurman's virtuosity and is sure to be a crowd favorite. RoonSonata by Patrick Schulz is an energetic and modern solo that crosses genre boundaries and is exciting both for the audience and the performer. The two soloists will also combine forces for a powerful duet.

Dr. Tindall will also be a featured soloist on the July 5 Young Artists Orchestra concert performing the Vaugh Williams Tuba Concerto in F minor. This work gives the tuba a central role and pushes the boundaries of the often hidden low brass instrument and performer with jaunty passages and moving melodies.

A recital at 6 PM on Saturday, June 6, is the culmination of the two-week Institute when the EMF young euphonium and tuba artists gather to perform a program of chamber music. The evening will start with works by John Stevens and Neil Corwell, both low brass players themselves. An arrangement of Bernstein's Overture to Candide will showcase the dazzling technicality and range of emotion that this unusual low brass ensemble can provide. Featured on the program will be both faculty members: Dr. Tindall will perform the solo tuba part on John Steven's epic and hard-hitting Liberation of Sisyphus for solo tuba and eight-piece tuba-euphonium ensemble that depicts the hypothetical liberation of Greek mythological figure Sisyphus from his eternal torture at the hands of Zeus. Vladimir Cosma's Concerto for Euphonium is one of the most popular compositions for solo euphonium, and Dr. Thurman will end the program with a rendition of the third movement of this concerto with euphonium-tuba ensemble accompaniment.