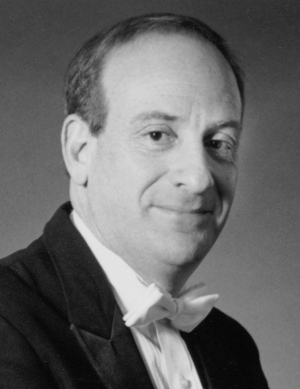 Two contrasting works provided a great showcase for the University of North Carolina School of the Arts Symphony Orchestra in Saturday night's concert in the Stevens Center. Masterpieces by Stravinsky and Brahms delighted the large crowd of students, faculty, parents, and music lovers as guest conductor Larry Rachleff led the student orchestra through 19th and 20th century fare.

A huge orchestra thrillingly performed the 1919 Suite from the ballet The Firebird (1910) by Igor Stravinsky (Russia, 1882-1971). The premiere of this score, the first of three that Stravinsky wrote for the Ballets Russes for performances in Paris, created an overnight sensation for the composer and launched his international career.

This music, while definitely bold and new at the time of first performance, still has some ravishingly lush 19th century romantic strains. Rachleff, working without a score, impressively highlighted both the old and new. Using his baton as an ersatz paintbrush, he brought out the astounding array of colors inherent in the score. Sometimes the conductor's directions were minimal, other times passionate. The music is chocked full of solos, especially for the winds, and he convincingly elicited these from the ensemble. They came through the large orchestra with clarity and beauty.

The Finale, which begins as a simple melody for solo horn, grows in strength and intensity as the tune amasses other instruments until the entire ensemble is employed. It is surely one of the greatest climactic conclusions in the music literature. The crowd was thrilled with the result, leaping to their feet with whoops and shouts.

The second work on the program was a warm reading of Symphony No. 2 in D (1877) by Johannes Brahms (Germany, 1833-97). Probably the composer's most congenial symphony, it is written along classical guidelines: a fast first movement followed by a slow lyrical one, then a dance/scherzo and a rousing finale. The score is a romantic feast for the orchestra, flush with musical treats for all sections.

Rachleff, again conducting without reference to a score, began the opening Allegro non troppo with a relaxed tempo, but the movement gained steam as the music became more intense. Lyricism and drama are featured in turn. The second movement contains beauty to die for, lovingly and sensitively presented by the ensemble. The third movement begins with a gentle "folk-like" feel, but becomes more of a romp, played with gusto.

The Finale begins stealthily before erupting into joyous Beethovian outpouring. The music is full of rhythmic vitality, and the energy was practically palpable. While the first three movements end with a warm halo of orchestral color, the last one pulls out all the stops – with excited strings and brass blaring. Again, the crowd was understandably thrilled with the result. Another standing ovation.

Rachleff's inspired conducting vividly caught the ever-changing character of the music, making the occasional flubs and rare sloppy ensemble inconsequential. Acknowledging the warm reception of the audience, he walked back to the winds and brass, recognizing the principals and sections in turn.

He is a professor of conducting and music director of the Shepherd School Symphony and Chamber Orchestras at Rice University, and his rapport with the UNCSA orchestra was undeniable. Inspired conducting and brilliant playing resulted in a memorable evening of music making.