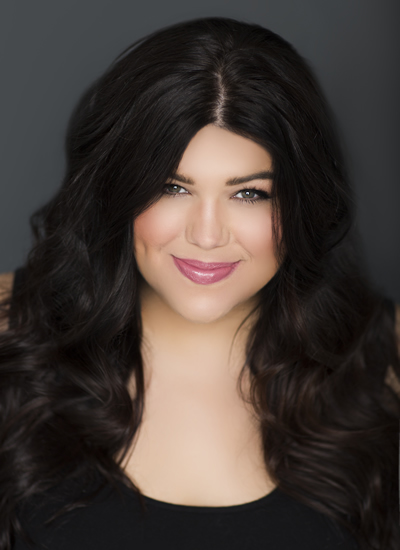 This preview has been provided by the North Carolina Opera.

Soprano Leah Crocetto, who sang the title role in North Carolina Opera's October concert performance of Bellini's Norma, returns in recital on March 3, 2019 at 2:00 p.m. at the A.J. Fletcher Opera Theater at the Duke Energy Center for the Performing Arts, 2 E South Street in Raleigh. Tickets are $25 and up and may be purchased online at www.ncopera.org or by calling 919-792-3853.

Following her success at NCO as Norma, Ms. Crocetto gave a "recital for the ages" (WQXR-FM) in November at Carnegie Hall in New York City. She will present that same program in Raleigh with her pianist Mark Markham. The first part of the recital features works by Respighi, Poulenc and Rachmaninoff. The second part of the recital features Eternal Recurrence, a new song cycle by Gregory Peebles, and classics from the Great American Song Book by George and Ira Gershwin, Richard Rodgers, Harold Arlen and Sammy Fain.

Leah Crocetto, who made her NCO debut in 2012 as Leonora in Verdi's ll trovatore, is "a major star" and praised for her "extraordinary display of sumptuous vocal tone, regal phrasing, and technical agility" (San Francisco Chronicle).

Ms. Crocetto is a frequent guest of the San Francisco Opera, where she has sung the title roles in Aida and Luisa Miller (opposite tenor Michael Fabiano), Mimì in La bohème and Liù in Turandot, the role in which she made her 2015 Metropolitan Opera debut. She has also sung Aida with Seattle Opera and Washington National Opera, Donna Anna in Mozart's Don Giovanni and Anna in Rossini's Maometto II at Santa Fe Opera, Female Chorus in Britten's The Rape of Lucretia at Houston Grand Opera, Madame Lidoine in Poulenc's Dialogues des Carmélites at Washington National Opera, Élisabeth de Valois in Verdi's Don Carlo at Washington National Opera and Opera Philadelphia, and two Puccini roles (Mimì and the title role in Tosca) at Pittsburgh Opera conducted by Antony Walker, the company's Music Director, who conducted NCO's concert performance of Norma. Leah Crocetto made her European debut as the Leonora with Opéra National de Bordeaux and has returned there to sing the title role in Semiramide and Desdemona in Verdi's Otello. She is a favorite at Opera Frankfurt, where she has sung Alice Ford in Verdi's Falstaff and Leonora. This season she also appears as Leonora at Seattle Opera and a soloist in Mahler's Symphony No. 8 with the LA Philharmonic.

North Carolina Opera was formed in 2010 from the merger of The Opera Company of North Carolina and Capitol Opera Raleigh. It is dedicated to presenting operatic performances at the highest level throughout the Triangle. North Carolina Opera brings international level artists to Raleigh, Durham and Chapel Hill, and also engages the best in local Triangle talent. In our first eight seasons, we have presented a wide range of repertoire, from Handel and Mozart to John Supko, D.J. Sparr, and Philip Glass. NCO has presented the local premieres of works by Wagner, Verdi, Britten, Tchaikovsky, and Dvorak. The company was part of the consortium that commissioned Jennifer Higdon's and Gene Scheer's Cold Mountain, which NCO presented in partnership with Carolina Performing Arts in 2017 in Chapel Hill.

The mission of North Carolina Opera is to enhance the cultural life of North Carolina by presenting artistically significant opera productions of the highest quality, strengthening and expanding audiences for opera in the region, and providing regional artists opportunities to participate in operatic productions and events.