Raimi and Friends Light Up a Bleak Winter Night 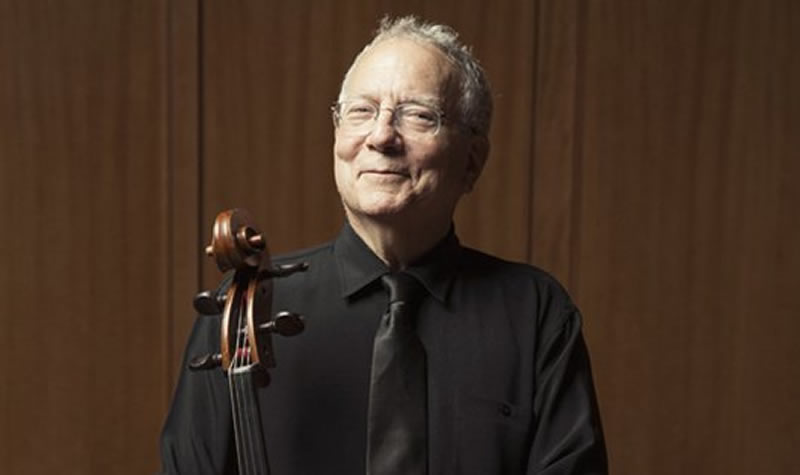 Fred Raimi and three of his friends, all household names in the Research Triangle area, performed in the Duke University's Nelson Music Room. Raimi, a retired Ciompi Quartet member, remains on the faculty of Duke University Department of Music along with Jimmy Gilmore, Blake Ray, and Susan Fancher, who actively performs around the globe, and records on numerous labels.

We gathered to hear a recital of works by J.S. Bach, Johannes Brahms, Dorothy Chang, and good neighbor Mark Engebetson. It was a much needed tonic for a cold, rainy night. The line-up of solo, duos, and the final trio made for a natural flow with the Brahms Trio in A minor, Op. 114, as grand finale. The most recent works, by Chang (b.1970) and Engebretson (b.1964), added freshness between the works by two European masters.

Raimi opened with Bach's magnificent Suite No. 4 in E-flat for solo cello, S.1010. It is a challenging work at every level, but leaving his music stand and spectacles behind, we were treated to the sense of immediacy afforded by his solo performance. After a somewhat plodding Prelude, Raimi, relaxed and warmed up, seemed at home and one with his instrument. With light, dexterous fingers, he coaxed life into five dances. Ornamented upbeats of the Bourrée movements and connected slurred bowings might obscure the dance rhythm (Dance and the Music of J.S. Bach: Little and Jenne), but I liked the effect. Raimi was in his element. The Allemande was my favorite. Raimi played with the heart of a lion.

Gilmore and Ray, members of the Duke University Department of Music, joined Raimi in playing the grand finale, Johannes Brahms' Trio in A minor, Op. 114. On his home turf, Raimi played fearlessly. Gilmore, also a chamber musician, played with the silky tone of a Romantic. I closed my eyes, listening to the beautiful sound and contrasting timbre of the instruments – heavenly, I'd say. Ray, a sensitive collaborator, also plays with the artistic touch of a virtuoso. I hope we continue to hear from this trio.

Sandwiched between the 2 B's, Fancher (saxophone) and Raimi played contemporary compositions by Chang and Engebretson. Chang is Professor of Music at the University of Columbia. Her works, which include solo, chamber, and orchestral pieces, have been performed around the globe. She also contributes to music for experimental theatre, video, and dance. Our dynamic duo performed "Walk on Water" (2004), a lovely and very accessible composition with plenty of contrast and return. Fancher and Raimi communicated like friends who know each other well. Their performance was riveting.

The second duet was penned by Engebretson, a faculty member at the University of North Carolina-Greensboro. An active avant-garde composer, Engebretson breaks down barriers while inviting in the listener. He has written a number of pieces for Fancher; she has performed some of them in this neighborhood, including one of my favorites, "She Sings, She Screams" (1995). On this occasion, Fancher and Raimi joined hands for "Luminous" (2016), an enticing piece he has arranged for many combinations of instruments. Engebretson introduced the piece, which partners with laptop computer and audience participation (cell phones). Raimi, now off the hot seat, pointed out that Fancher would be busy. She played her instrument while controlling the laptop with a foot pedal. The composer described the auditory affect as "a broadcast of spatialized digital delay."

It was hard to leave the warm environment provided by the performance at this intimate gathering, but as I opened the door to the bitter night, I was heartened by the farewell, "until we meet again."