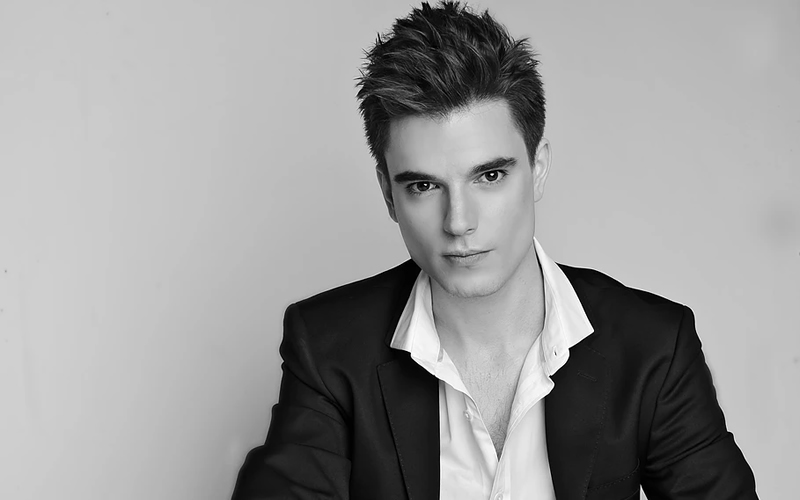 In addition to its enviable concert series, St. Stephen's is the home church for a number of accomplished internationally recognized musicians. Among them is pianist Andrew Tyson, who worked locally with Thomas Otten before studying with Claude Frank at the Curtis Institute. He completed his masters and artist diplomas at the Juilliard School where he studied with Robert McDonald. Tyson's win at the 2011 Young Concert Artists International Auditions led to expanding successes. In 2012, at the Leeds International Piano Competition, he won its new Terence Judd-Hallé Orchestra Prize. More recently he won the first prize at the Géza Anda Competition in Zurich in the summer of 2015. In addition to international concerto performances and recitals, Tyson has issued two CDS: Chopin's Preludes, Op. 28, and Ravel's Miroirs, coupled with two sonatas by Scriabin.

This recital of mostly French music (by Couperin and Messiaen) leavened with Liszt, Respighi, and Chopin, will be repeated in Istanbul, Turkey, Vancouver, Canada, Australia, and in Wigmore Hall in London.

Tyson's recital opened with a nicely contrasted selection of five harpsichord pieces by François Couperin, "Le Grand" (1668-1733). Instead of suites of dances, Couperin arranged imaginatively named character pieces, sorted by key, as "orders," in four books. "Les Baricades Misterieuses" is from the 6th order of Book II. The remaining four come from the third book. "La Muse Plantine" is from the 18th order, "Le Dodo ou l'amour au berceau" is from the 15th order, while "Le tic-toc choc, ou les Maillotins" is from the 18th order. Unlike a piano, the harpsichord was limited as to dynamics and sustained sound. Tyson made full use of the baby grand Steinway to shade dynamics and exploit color possibilities. The clarity of his articulation was remarkable and he executed Couperin's ornamentation superbly. Most visually striking was Tyson's performance of the last two selections, both pieces croissées (works to be played each hand on a separate manual)! Tyson made his own adaptation of a French pianist's transcription that allowed an approximation by inserting left hand fingers between right hand fingers.

Next came three choice selections from the twenty that comprise Vingt Regards sur l'enfant-Jésus by Olivier Messiaen (1908-92). The French composer was profoundly influenced by Catholicism and was obsessed by trying to use birdsongs in his compositions. Throughout the entire set, the composer uses three musical motives representing God, the Star and the Cross, and a "theme of Chords." Among his complex use of these motives are canonic treatment and polymodality. Messiaen's slow movements make those of Anton Bruckner seem racing!

Tyson's selections were XI. "Premiere communion de la Vierge" (First communion of the Virgin), XIII. Noël, and XV. "Le Baiser de l'Enfant-Jésus" (The Kiss of the Baby Jesus). His astonishing technique and interpretative depth was breathtaking. His dynamic range was extraordinary from floated pppp to thundering ffff! His tonal colors were kaleidoscopic and his control of Messiaen's glacial slow parts was masterful. His playing of the repeated bass notes that ends XI, the beating of the baby Jesus' heart, was magical.

The first half of the concert ended with another selection from another large cycle. "Vallée d'Obermann" is part of Book I (Switzerland), the first of three making up Années de pèlerinage by Franz Liszt (1811-86). The composer's literary inspiration was the 1804 novel Obermann, by Etien Jean Sinancour.

Tyson conjured vivid recreations of the moods of the three parts of this peace. The despair of Obermann was evoked by the dark, unfocused "themes" of the opening. The surging intensity of the middle part was well brought out leading to Tyson's thundering octaves that led to a bright bravura finish.

Post-intermission opened with a surprise – Ottorino Respighi's "Notturno." The composer is best known for his scintillating orchestral showpieces, and some may have heard his fine violin sonata. Tyson gave a gossamer performance of the composer's exquisite gem.

Tyson came to early national notice when he won the National Chopin Foundation in Miami. It was apt that he closed his formal program with a return to an early success, Sonata No. 3 in B minor, Op. 58, by Frédéric Chopin (1810-49). It was fascinating to hear how much Tyson's interpretation has deepened since the start of his career. Phrasing was superb and his articulation was immaculate. Tonal color and dynamics were a constant pleasure.

Enthusiastic audience response was rewarded by Tyson's exquisite encore performance of "La Fuente y la campana," the first of three pieces in Paisajes (Landscapes) by the Catalan composer Federico Mompou. The elusive simplicity of Mompou's work has caused this piece to be described as "the music of evaporation."