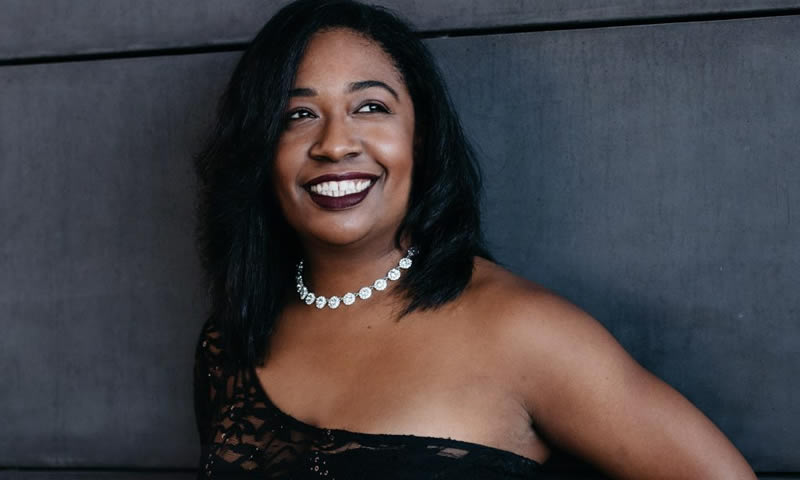 The North Carolina Symphony will play a part in bringing due attention back to a once-forgotten composer when – with pianist Michelle Cann – the Symphony gives the North Carolina premiere of Florence Price's Piano Concerto in One Movement. Performances take place at Raleigh's Meymandi Concert Hall on November 16 and 17, and at Chapel Hill's Memorial Hall on November 15.

Florence Price was the first African-American female composer to have a symphony performed by a major orchestra – the Chicago Symphony Orchestra, in 1933 – and wrote more than 300 works altogether. Performances of her music waned after her death in 1953, but a revival of her work began in the 21st century. Many of her scores have literally been rediscovered – found in music libraries or, in one case, an abandoned property that was once Price's summer home in Illinois.

The complete score for Price's Piano Concerto in One Movement is unfortunately still lost. But thanks to three existing manuscripts scored for one, two, and three pianos, Trevor Weston – commissioned by the Center for Black Music Research – reconstructed an orchestration in 2011, and that version will be heard in the NCS performances this month.

Price herself was a pianist; growing up in Little Rock, Arkansas, she was a child prodigy who gave her first public performance at age four, and was accepted into Boston's New England Conservatory of Music at age 14. The success of her first symphony encouraged her to write a piano concerto, and she appeared as soloist when it was premiered in 1934. Despite its title, the Piano Concerto in One Movement is a substantial work in three distinct sections. It draws on African American musical influences, with moments of call-and-response between the orchestra and the solo piano, and African juba rhythms in the final section.

Michelle Cann has been a champion of Trevor Weston's reconstruction, making it a staple of her repertoire. Cann, a graduate of the Cleveland Institute of Music and Curtis Institute of Music, gave the New York City premiere of Price's Piano Concerto in One Movement in 2016.

The piano concerto is paired with Tchaikovsky's Symphony No. 6,"Pathétique," – a work with a mysterious history of a very different nature. The symphony was premiered only a week before the composer's untimely and unexpected death at age 53. Tchaikovsky's death was at first attributed a cholera outbreak, but it was later speculated that he may have taken his life due to the burden of his homosexuality. This theory has resulted in the symphony commonly being viewed as a final outpouring of grief – and has positioned it as the quintessential expression of tragedy in music.

Regardless of the circumstances surrounding Tchaikovsky's death, one thing is certain: his final symphony is devastatingly beautiful, and is a favorite of audiences and musicians. David Kilbride, Associate Principal Second Violin, notes that the "Pathétique" is "full of contradictions – florid yet muscular, triumphal yet heart-wrenching, tender yet bombastic. The part-writing is excellent and the melodies are so hummable."

The program opens with Beethoven's Leonore Overture No. 3 – the third overture he wrote for Fidelio, his only opera. The overture effectively summarizes the dramatic progression of the opera, encapsulating the themes of good over evil, darkness to light, and subjugation to freedom.

Conducting NCS in this program will be Peruvian conductor Miguel Harth-Bedoya, a Grammy Award nominee who is in his sixth season as Chief Conductor of the Norwegian Radio Orchestra and his 19th as Music Director of the Fort Worth Symphony Orchestra.

Michelle Cann is the first of three guest artists this season who will not only collaborate on performances but will also serve as Artist Ambassadors, sharing their time and expertise in a wide range of community offerings during their concert weeks with the Symphony.

This month's Artist Ambassador schedule is as follows:

Open Rehearsal, November 15 at 10am: Students will have the opportunity to observe Cann in rehearsal with the North Carolina Symphony, followed by a Q&A session. (School groups interested in attending may contact the NCS Education Department at 919.789.5461.)

Master Class at Meredith College, November 17 at 10am: Student pianists from Meredith College will refine their repertoire with Cann's expert guidance. The public is invited to listen in on Cann's advice and witness the transformations in the students' playing. (Free by reservation; please contact the NCS Education Department at 919.789.5461.)

Meet the Artists, November 16-17: Before the Raleigh performances of Price's Piano Concerto, audience members are invited to a "Meet the Artists" talk with Cann – covering everything from her own career journey, to the fascinating life and work of Florence Price.

This concert is made possible in part by The Betty Lou Fletcher Goodmon Guest Pianist Fund.