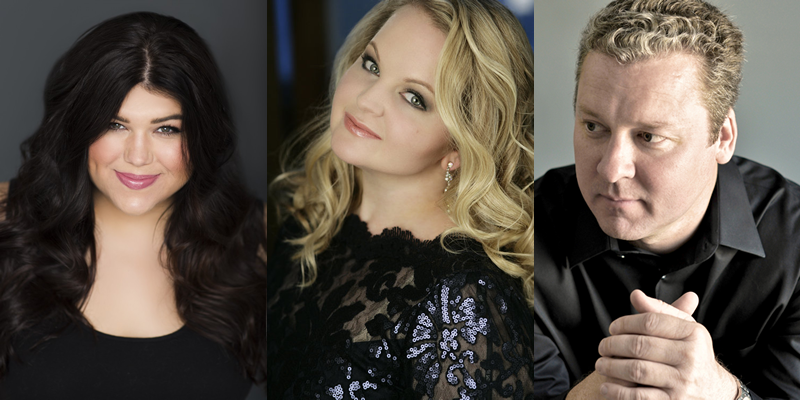 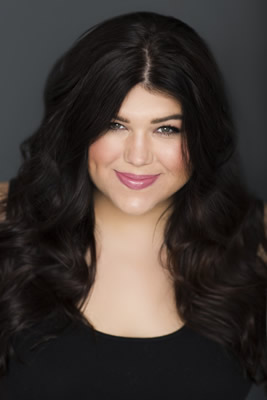 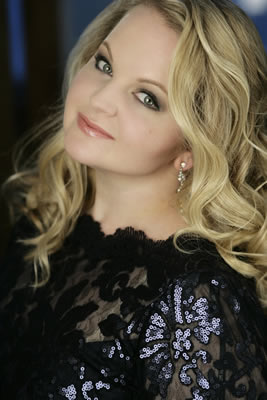 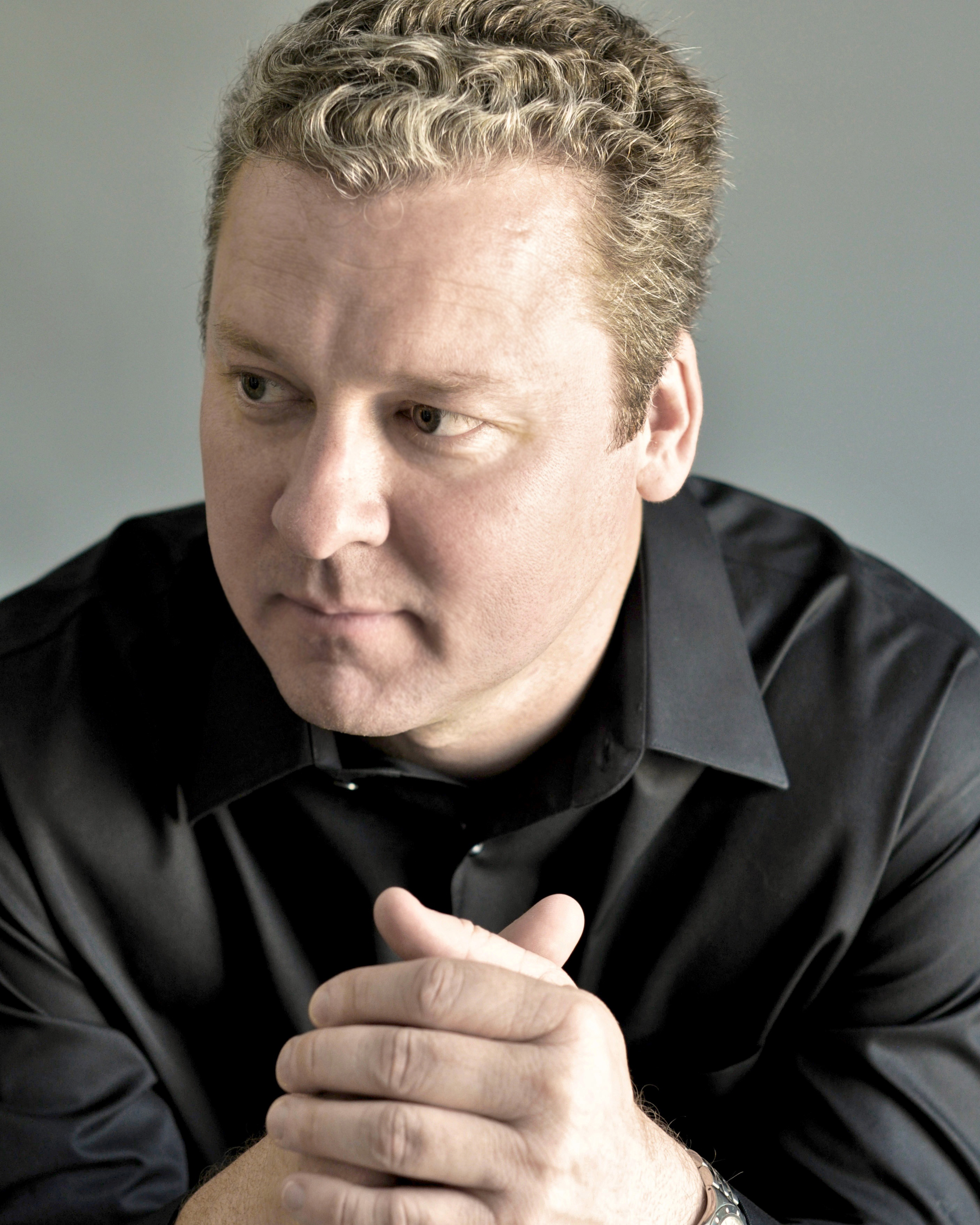 This preview has been provided by North Carolina Opera.

North Carolina Opera opens its 2018-19 season with a concert performance of Bellini's bel canto masterpiece Norma at 2 p.m. on October 21, Meymandi Concert Hall at the Duke Energy Center for the Performing Arts, 2 East South Street in Raleigh. Tickets start at $25 and are available for purchase online at www.ncopera.org or by phone at 919-792-3853. Norma is sung in the original Italian with projected English translations.

The Druid high priestess Norma tries to keep a fragile peace as her people clamor for war. She betrays them by taking a Roman lover, with disastrous consequences. This classic love triangle features a surprising and heroic finale, coupled with gorgeous melodies including the signature aria, "Casta Diva."

"Norma is a touchstone work of bel canto repertory. Not only is the music beautiful, but it dazzles with both fire and ice in this classic story of love and revenge. Norma had its world premiere in 1831 and we are proud to present its long overdue Triangle premiere," said NCO's General Director Eric Mitchko. Norma is generously sponsored by Rosemarie Sweeney.

Antony Walker (conductor) is the Music Director of the Pittsburgh Opera. His recent performances with that company include Tosca (with Leah Crocetto in the title role), The Marriage of Figaro, Moby-Dick, Turandot, Salome, The Rake's Progress, The Summer King, Nabucco, and Così fan tutte. He is the Artistic Director of Washington Concert Opera, where he recently conducted Massenet's Hérodiade and Beethoven's Leonore. Maestro Walker made his Metropolitan Opera debut in 2011 conducting Gluck's Orfeo ed Euridice and has returned to the house to conduct performances of Il barbiere di Siviglia, Les pêcheurs de perles and Die Zauberflöte.

Leah Crocetto (Norma) made her NCO debut in 2012 as Leonora in Verdi's ll trovatore. This afternoon, she returns to sing her first performance of the title role in Bellini's Norma. Ms. Crocetto is a frequent guest of the San Francisco Opera, where she has sung the title roles in Aida and Luisa Miller, Mimì in La bohème and Liù in Turandot, the role in which she made her 2015 Metropolitan Opera debut. She has also sung Aida with Seattle Opera and Washington National Opera, Élisabeth de Valois in Verdi's Don Carlo at Washington National Opera and Opera Philadelphia, and two Puccini roles (Mimì and the title role in Tosca) at Pittsburgh Opera.

Mezzo-soprano Elizabeth DeShong (Adalgisa) makes her NCO debut as Adalgisa, a role that she sang last year at Lyric Opera of Chicago. Ms. DeShong has performed at the world's finest opera companies including, the Metropolitan Opera, Vienna State Opera, Bavarian State Opera, San Francisco Opera, and Royal Opera, Covent Garden. Last season, she scored a triumph at the Metropolitan Opera as Arsace in Rossini's Semiramide, which was telecast Live in HD to movie theatres around the globe.

Tenor Chad Shelton makes his NCO debut as Pollione, a role that he sang last season at Houston Grand Opera and sings later this season at Utah Opera. He is a frequent leading presence with Houston Grand Opera. His roles there include Alfredo in La traviata, Don Jose in Carmen, Chairman Mao in Nixon in China, Pinkerton in Madama Butterfly. Later this season he returns to the Metropolitan Opera in Verdi's Otello.

Bass-baritone Ao Li makes his NCO debut with this concert performance of Norma. He is a past winner of the Plácido Domingo Operalia World Opera Competition and the National Council Auditions of the Metropolitan Opera. He has sung several roles with the San Francisco Opera as Ascanio Petrucci (Lucrezia Borgia), Lorenzo (I Capuleti e i Montecchi), Uberto (La serva padrona), and Don Basilio (Il barbiere di Siviglia). Last season, he sang the role of Colline in La bohème at Utah Opera.

North Carolina Opera was formed in 2010 from the merger of The Opera Company of North Carolina and Capitol Opera Raleigh. It is dedicated to presenting operatic performances at the highest level throughout the Triangle. North Carolina Opera brings international level artists to Raleigh, Durham and Chapel Hill, and also engages the best in local Triangle talent. The company has presented a wide range of repertoire, from Handel and Mozart to John Supko, D.J. Sparr, and Philip Glass. NCO has presented the local premieres of works by Wagner, Verdi, Britten, Tchaikovsky, and Dvořák. NCO was part of the consortium that commissioned Jennifer Higdon's and Gene Scheer's Cold Mountain, which was presented in partnership with Carolina Performing Arts in 2017 in Chapel Hill.

North Carolina Opera is funded in part by the City of Raleigh based on recommendations of the Raleigh Arts Commission.