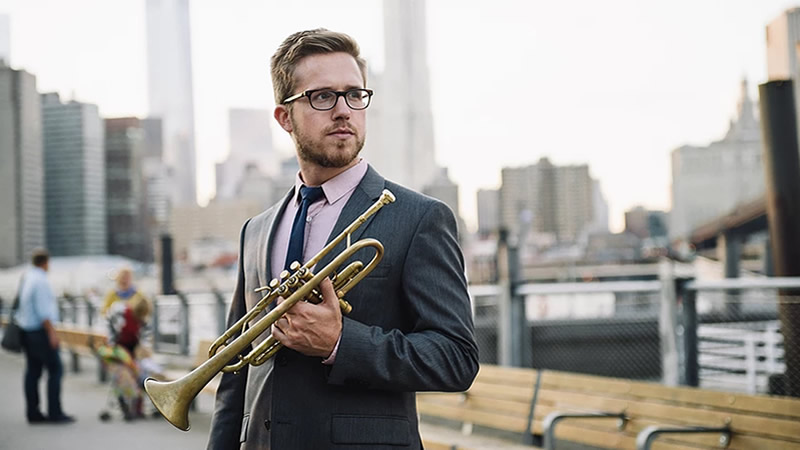 While all of the Piedmont waits with bated breath for the completion of the Tanger Center for the Performing Arts, Dana Auditorium on the lovely campus of Guilford College has become the hall of choice for Classical music concerts. This week the Greensboro Symphony, under the direction of music director Dmitri Sitkovetsky played an eclectic program including two favorites and two relatively obscure works, although in its original piano version, Schubert's Fantasy is one of his most important works.

Felix Mendelssohn was one of music's prototypical child prodigies, composing two of his most important works (the Overture to A Midsummer Night's Dream and the Octet for Strings) by age 16. The "Trumpet Overture," which indeed starts with a couple of trumpet-dominated chords, was written about the same time, but posthumously given the Opus number 101. The overture is more interesting biographically than musically although the effervescent energy evident throughout the piece is typical of Mendelssohn, especially the wizardly woodwind staccato passages and mysterious shivering string arpeggios which augur of more mature works to come.

Franz Schubert composed the Fantasy (D. 940) in F minor for piano four hands (one piano with two pianists sitting side by side) near the end of his tragically short life. The work is in four sections, flowing seamlessly, with the original theme recurring several times, notably in the final coda. The legendary conductor Felix Mottl orchestrated the work for large Classical orchestra (including harp), giving some of the most difficult rapid staccato passages to the woodwinds, who executed them on Thursday night brilliantly. But otherwise, the performance felt slow and plodding, especially the opening theme and its subsequent iterations.

Brandon Ridenour was the soloist in one of Classical music's most popular hits, the Trumpet Concerto in E-flat of Franz Josef Haydn. This was the performance of a lifetime – a pure sweet tone with a hint of vibrato on long notes, clean, crisp, delicate articulation and a musical intimacy reminiscent of a woodwind instrument (as compared to the overtly extroverted playing of many trumpet players). Even the cadenzas were tastefully understated, with only a hint of musical pyrotechnics in an effortlessly double-tongued scale.

After this outstanding performance, Ridenour was joined by a string quintet for an encore drawn from the upcoming Saturday night Sitkovetsky & Friends concert (note unusual date) in the Recital Hall on campus of the University of North Carolina Greensboro (UNCG). In his introduction to "Eleanor Rigby," Ridenour reminisced that 17 years had passed since he was a high school student on the same stage during the Eastern Music Festival, and that since the Beatles were defunct by the time he was born, they surely qualified as "Classical music." More Beatles' music will be featured on the Saturday, April 7 chamber music concert.

Jean Sibelius is a giant among twentieth century composers, and his Second Symphony in D, Op. 45 has become the most played of his seven symphonies. Sibelius' episodic style of composition shares much with the landscape of his native Finland – vast stretches of rolling hills and tundra dotted with lakes, under a sky whose fast-moving clouds seem very near. Themes are assembled piece by piece while charged space and contrasts keep the interest until the next segment of a theme is revealed, fragments coming together only in the end. Long-awaited climaxes fueled by obstinate horns playing interminable off-beats yield to moments of melancholy; lugubrious bassoons in octaves lead ominously to bold brassy chords; pregnant pauses parsed with rolls on the timpani lead to sweet oboe solos seemingly out of place in a briskly returning scherzo, building inexorably to the entrance of the "great tune," a moment of fulfillment only music can bring, a gate opening mightily to reveal a Finale of Olympian proportions. And finally, the much anticipated and long awaited ending chord, repeated, repeated.