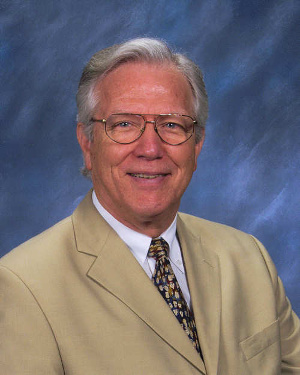 The historic Chapel of The Chapel of the Cross – which is to say, the older surviving church on the site – was the venue for the latest concert of Baroque & Beyond's eleventh season. The series is supported in part by Preservation Chapel Hill.

Artistic Director Beverly Biggs has continued the region's strong commitment to historically informed performance, offering concerts every year that celebrate early music played on original instruments or copies thereof. This program of works by Telemann, J.S. Bach, and Boismortier was significant in several respects, not least of which was the rich variety of music composed by three masters who were born within eight years of each other.

Telemann, b.1681, was represented by two trio sonatas, the first featuring oboe, violin, and basso continuo, here involving Baroque cello and harpsichord, and the second featuring recorder in place of the oboe. (Readers should note that trio sonatas thus generally involve not three but instead four players.) This composer was the Rodney Dangerfield of his era, thanks to the yards and yards of music he produced – akin in some respects to Vivaldi, who was said to have written the same violin concerto hundreds of times. That said, the more Telemann we hear, the more varied and appealing it seems to be. The opening work in B flat, admirably set the mood for the program with three contrasting movements that allowed the secure artistry of wind player William Thauer (whose bio is included here), violinist Andrew Bonner, cellist Rachel Evans, a senior at UNC (and member of her department's Music Ambassadors), and Biggs, the afternoon's hardest working player, who was heard from start to finish.

The second Telemann sonata, in D minor, seemed even livelier and more appealing, perhaps because its solo lines are more intricately entwined than in the opening piece. Here the recorder and the violin were at times complementary but elsewhere strikingly individualistic, producing far more drama and excitement for the substantial audience than some of us Telemann doubters had any real right to expect. (Performances like this one are sure to help continue the conversion process to true believer status.)

Baritone Steven Kimbrough enjoyed a spectacular international career before settling in the Triangle; it was a treat to experience his artistry in such an intimate setting. For his solo group, the singer offered excerpts from a collection of 69 Geistliche Lieder und Arien (Sacred Songs and Arias). As given, these three-verse songs provided fresh glimpses into Bach's inner being, for they are intensely personal and, in addition, very rarely heard in concert. The four were S.453, S.498, S.493, and S.441, each admirably contrasted in mood and emotion. The last was a positive affirmation of faith, a setting of Paul Gerhardt's text that begins "Awake, my heart, with gladness," the complete version of which must be something to experience as (Kimbrough told us) we heard only a fifth of it here. All four songs were delivered with clear diction and evident artistic understanding.

Boismortier's Actéon is a retelling in music of the famous Ovid story of Diana and the hunter she turned into a stag. The cantata consists of three pairs of recitatives and arias, here sung by the amazing soprano Florence Peacock, one of our region's cultural treasures, who conveyed the narrative (in the recits.) with clarity and the contrasting emotions embedded in the arias with consummate interpretive skill. The accompaniments – oboe plus b.c. – gave the solo singer strong support. And Thauer's introductory remarks admirably set the relatively obscure work in context.

The afternoon's grand finale consisted of substantial excerpts from one of Bach's more unusual – and rare – church cantatas, composed for the 27th Sunday after Trinity – which, Bonner explained, calls for a really, really early Easter. The title is Wachet Auf; the Schmieder number is 140. Four of the seven parts were performed: two duets of the Soul and Jesus, an intervening recitative for baritone, and the closing chorale, appropriately sung by the "congregation." A rare feature of this music was the use by Bonner of a piccolo violin, an instrument that sounds a third higher than the usual fiddle and that in the first duet becomes a third soloist. (The oboe was heard in the second duet.)*

The opening duet was not completely successful as intonation issues clouded it at the outset, but the ensemble quickly coalesced and the music ultimately proved uplifting. It was a grand thing to observe this fine array of artists on the low platform at the front of this lovely chapel. And the fact that the audience rose to the occasion (for the final chorale) meant that a standing ovation was part of the mix at the end. Bravo.

The region's annual HIP Festival, coordinated by the Mallarmé Chamber Players, promoted here, since this concert served as a preview of some of the delights to come next month, For complete details, see CVNC's calendar or the festival's website, here.

The next Baroque & Beyond will be given on Mar. 11. For details. click here.

*It may be worth mentioning that piccolo violins are very rare, but music lovers are likely to know that Bach's sixth cello suite was written for a piccolo cello.