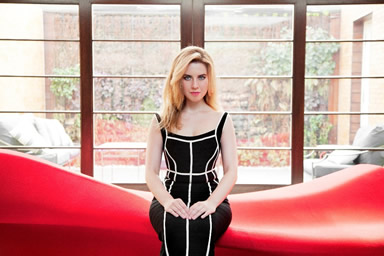 In a time when Russian connections dominate the U.S. political theatre, it's refreshing to find one which is entirely positive. The North Carolina Symphony opened its 2017-2018 season as it had closed its 2016-2017 season: with a program of Russian music. Conductor Grant Llewellyn trusted his orchestra enough to perform not only the perennial Sergei Rachmaninoff favorite, Rhapsody on a Theme of Paganini, Op. 43, but also to play that composer's little-known early tone poem The Rock, Op. 7, a fantasia for orchestra, and his final work, the Op. 45 Symphonic Dances. The Opus 7 fantasy was unfamiliar to me, and likely to many of the orchestra members, while the "Dances" have long been in the standard repertoire since their premiere by the Philadelphia Orchestra in 1941. The NC Symphony responded with musicianship and a virtuoso performance which deserved the ovations it received from the appreciative full house at Meymandi Hall.

The first music played, however, was not on the printed program, as a drumroll announced the National Anthem, the audience rising to its feet and singing. It was good to have this patriotic work sung by all in attendance, rather than by a soloist bent on turning it into a vehicle for his-or-her particular singing style, as we are far too often subjected to at various sporting events. But why have the unimportant next-to-last word drawn out in the inevitable retard, turning the text into "and the home of THUHHHHH brave?" While on this subject, if we're going to sing only one stanza of this work, why not make it the fourth, which would be much more fitting than the first? Or could we even manage to sing TWO of the stanzas, the first and fourth? One can always hope.

The Rock, composed in the summer of 1893, is a study in aural contrasts, likely related either to Mikhail Lermontov's poem, "The Crag," or to Anton Chekhov's story, "Along the Way." There is a somber theme, and a coquettish theme, the interplay between them bringing continual changes in mood throughout the work. The woodwind section was in fine form in the work's many solo lines, highlighted by fine playing by the orchestra's new principal clarinetist, Samuel Almaguer. Sections of this fantasy reflect the influence of Tchaikovsky, who was one of Rachmaninoff's teachers and who admired this early work of his most talented conservatory student.

Pianist Natasha Paremski joined the orchestra for a sparkling performance of one of Rachmaninoff's most-often-performed works – the 24 variations entitled Rhapsody on a Theme of Paganini. Paremski, having first learned this work when she was "around thirteen," has mastered its extremely-difficult technical requirements to the point where, while she doesn't make it sound easy, the listener hears the music, not its level of virtuosity. With the exception of a couple of minor attack problems in Variation XII, the orchestra's playing was on the same level of technique and musicianship as Paremski, whose performance was both emotionally and pyrotechnically superb. The ovation she received was rewarded by an encore, as she played the fifth (E-flat minor) of the Études-Tableaux, Op. 39. This young pianist's playing is flawless and impassioned, but never histrionic. Let's hope that she returns soon.

After intermission, we heard the Symphonic Dances, Rachmaninoff's final composition. A three-movement work of symphonic length, the "Dances" take on the character of a concerto for orchestra, calling for solos from almost every section. The work's rhythmic vitality was aided and abetted by five percussionists, its colors enhanced by the addition of piano and alto saxophone to the usual symphonic scoring. While the second movement was clearly a stylized, conservative waltz, the outer movements, with their pulsating rhythmic drive, seemed to reflect some newer influences – perhaps American jazz, or even Stravinsky's Rite of Spring?

In reviewing the closing concert of the 2016-2017 season, I wrote that "The NC Symphony has rarely, if ever, sounded better." In beginning this new season, they have continued where they left off.

This concert will be repeated on Saturday, September 23, at 8 PM in Raleigh's Meymendi Hall. See our sidebar for details.