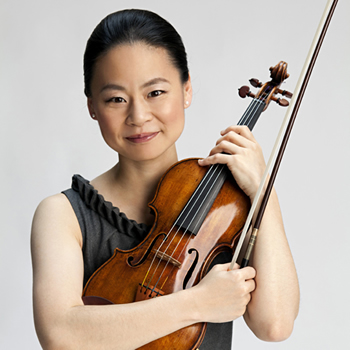 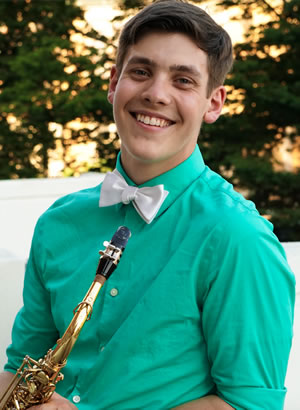 It can’t get much better than this. Picture two consummate artists who want to present one of the most popular works in the classical repertoire, both trying to give the most beautiful and exciting performance. That is exactly what internationally renowned violinist Midori (b. 1971) and Eastern Music Festival music director Gerard Schwarz brought to the full house in Dana Auditorium on the campus of Guilford College Saturday night.

The Violin Concerto in D, Op. 35, by Pyotr Ilyich Tchaikovsky (1840-93) is well known for its soaring lyricism and virtuosic demands. But these traits only provided a springboard for Midori, whose playing was – simply put – beyond superlatives. Intonation, rhythmic drive, intimate and tender sentiment were all there, played with supreme confidence and mastery as she explored subtle nuances at the end of melodies, in the middle of phrases, in the stratospheric harmonics.

Throughout, Maestro Schwarz successfully matched the violinist’s ever changing moods and subtle rhythmic inflections. His intense concentration in Midori’s playing and their close communication allowed him to lead the orchestra through the brilliant climaxes and the incredibly soft passages. The result? One of the most memorable performances to date. The crowd went wild.

As if the finale of the concerto wasn’t brilliant enough, taken faster than I think I’ve ever heard it, the gracious violinist returned to the stage to stunningly and impeccably perform the perpetual-motion Prelude from Bach’s 3rd Partita in E.

The “Russian Tableaux” concert began with the Suite from the 1882 opera The Snow Maiden by Nikolai Rimsky-Korsakov (1844-1908). The scene opens with shivering strings over which flitting winds depict birds. Throughout the colorful score, distinct timbres emanated from all sections of the orchestra, including the large percussion section. Schwarz extracted brilliant playing from the Eastern Festival Orchestra.

Rosen-Schaffel Competition winner Hunter Bockes, a Master’s student at Northwestern University, performed the 1934 Saxophone Concerto in E-flat, Op. 109, by Alexander Glazunov (1865-1936). This single-movement work has become a part of the standard repertoire in the saxophone classical literature. Although written in the 20th century, the work’s feet are firmly planted in the 19th.

The opening explores the lyric side of the instrument, and Bockes' lovely timbre was apparent from the first notes. But there is plenty of fire and virtuosity, which the young player performed brilliantly. The cadenza was a study of freedom, and the final fugue brought the piece to an exciting conclusion.

The evening concluded with the ever-popular 1874 Pictures at an Exhibition by Modest Mussorgsky (1839-81). Originally the work was written for piano as a series of musical portraits composed in response to a memorial exhibit of works by the composer’s painter/friend Victor Hartmann who unexpectedly died in 1873. The listener becomes the viewer in these ten pieces, each of which depicts a specific artwork, all held together by the promenade, which moves us from one painting to the next. Ravel orchestrated the work in 1922; it is a tour-de-force of orchestral color.

It was in this work that Schwarz unleashed his formidable conducting skills, urging the musicians to immerse themselves in the brilliant depiction of the humorous, the grotesque, and the grand. The finale “The Great Gate of Kiev” is one of the most exciting passages in the literature, and this performance caught it all – bells clanging, cymbals crashing, and strings soaring.

The United States and Russia may have considerably different political views, but in the world of music, there is complete harmony.

This program repeats Sunday, July 9 at 4 pm in Boone, as part of the Appalachian Summer Festival. See our sidebar for details.

And for notes and comments on Midori's EMF master class, click here.