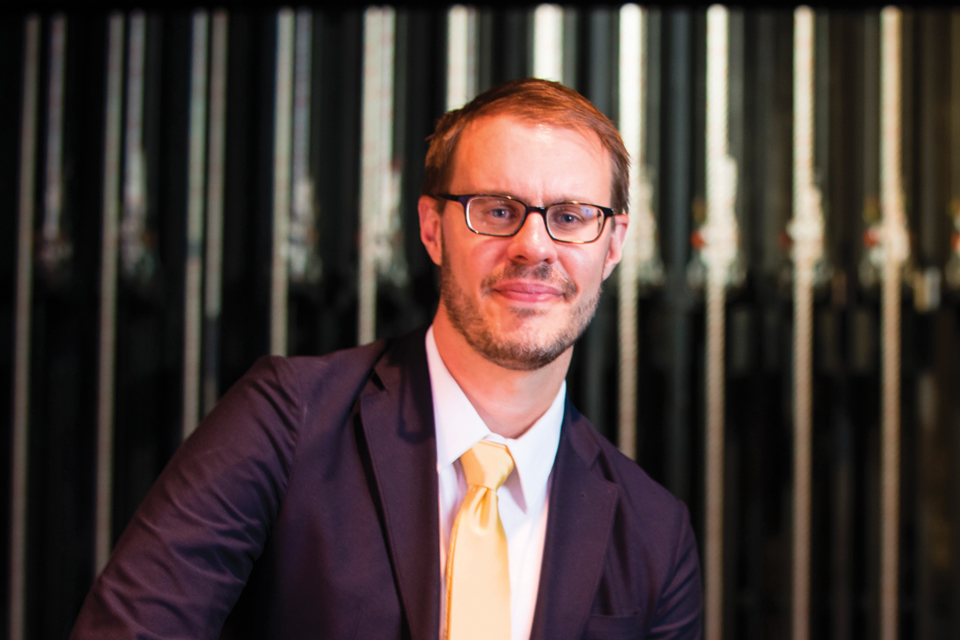 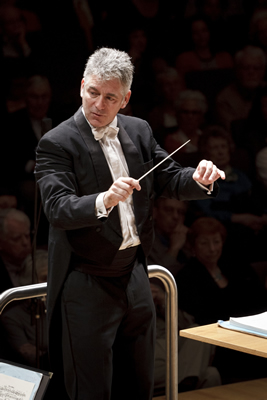 In a collaboration with UNC School of the Arts, North Carolina's premier arts conservatory, the North Carolina Symphony presented The Pirates of Penzance. UNCSA students and faculty were the cast and creative team of the production, led by director Carl Forsman; the Symphony's Music Director Grant Llewellyn led the orchestra. The Pirates of Penzance was written by English operetta composers Gilbert and Sullivan, premiering in 1879, and was one of the duo's numerous shows. This particular operetta is one of the most well-known and frequently performed of the entire Gilbert and Sullivan catalog.

This performance perhaps actually benefited from the fact that it was semi-staged (costumes, no set, some lighting), or at least its believability wasn't diminished. The set and surroundings in Pirates are really quite simple anyway, and thus the acting and music could be the main focus. The orchestra was positioned more in the middle of the stage, with plenty of room in front and a raised stage behind that allowed for plenty of movement (and high-speed chases in the second act). The costumes for this show were really delightful, created by costume designer Kenan Burchette, costume manager Doreen Dang, and a long list of costumers. The pirates' colorful and mismatched "uniforms" were the perfect antithesis to that of the cops, who all wore exactly identical blues. The coordinated pastels that General Stanley's daughters wore went really well with their twirling choreography as well.

After the orchestra's crisp and rousing overture that touched on the "best hits" of the show to come, the rollicking pirate crew was introduced, celebrating the (almost) freedom of the apprenticed Frederic. Actor Sam Geoffrey's Frederic was well done, diplomatic and innocent. The hapless Ruth, played by UNCSA faculty Janine Hawley, begins the comedic nonsense of the show when she sheepishly explains she was supposed to apprentice Frederic to a pilot, but misheard the word as "pirate." More ridiculousness ensues with the Pirate King (Stephen Kime) and his splendid fight choreography. The comedic timing of these three in particular contributed much to the opening scenes.

The appearance of Mabel, the female lead and Frederic's love interest played by Chessa Metz, occurred after the daughters' first entrance from the aisles ("Climbing over rocky mountain"). Even through the more intricate passages in the music, the six women maintained a very solid, unified sound. Mabel's famous aria, "Poor Wandering One" was filled with surprising and well-executed cadenzas that were supported by Metz's bright tone. Perhaps the other most famous musical number in this show, "I Am the Very Model of a Modern Major-General," a wordy Gilbert and Sullivan staple, was done with much aplomb by Greg Walter (UNCSA faculty member). To close the first act, the unaccompanied portion of the Act 1 Finale ("Hail, Poetry!"), showcased the cast's compelling sound as an ensemble.

Much of the wonderful comic acting in Act 2 was led by the Sergeant of Police (played by Tyler Campbell) and his silly band of fearful cops who try to escape fighting the pirates as the girls cheerily sing lines such as "Go to death, go to slaughter!" Mabel and Frederic's duet "Stay, Frederic, Stay" was a beautiful moment between the two as she promised to wait for him until he really came of age (until 1940). The show ends in opera buffa-like hilarity and fight choreography, that somehow is all solved by Ruth's revelation that the pirates are actually all noblemen (the suspension of disbelief is somewhat required to watch most Gilbert and Sullivan operettas). The pirates and daughters are all paired up happily, and triumphant orchestra and ensemble music brings the show to a close.

All told, this wonderful collaboration of The Pirates of Penzance is definitely worth watching – few witty or comedic dialogue moments are lost on the audience, and NCS's music is impeccable.

This presentation repeats on Saturday, May 6 at 3 pm and 8 pm in the Meymandi Concert Hall in Raleigh, and on Sunday, May 7 at 7:30 pm in the Wilson Center at the Cape Fear Community College in Wilmington. Please see our sidebar for details.