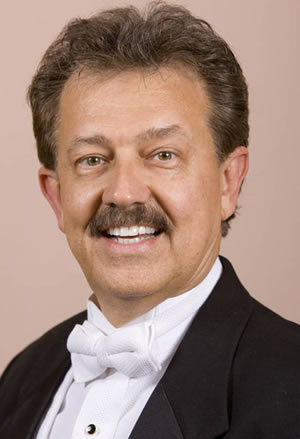 This preview has been provided by the Raleigh Boychoir.

What better way to celebrate President's Day weekend that to be a part of the American Music Festival? The annual choral festival produced by the Raleigh Boychoir highlights the arrangements and compositions of Americans. Performances will highlight the Raleigh Boychoir's Performing Choir and Young Men's Ensemble. The RBC is undergoing a renaissance with the addition of the Young Men's Ensemble. By expanding membership to include teen members with changed voices, the Boychoir now is able to tap into the leadership of these young men and their deeper voices complement and provide depth to the traditional treble voices. This year the Boychoir will be joined by choristers from Wake County elementary schools who have been nominated by their teachers. The Boychoir, always eager to partner and collaborate with new ensembles, has also invited choral students from Kidznotes to participate in the event.

The weekend involves a choral workshop with Henry Leck, an internationally recognized leader in children's choral music in general and specifically in voice change in male singers. workshop is not open to the public, but a concert will be held at 3 p.m. on Saturday February 18, 2017 at Daniels Middle School in Raleigh. The concert is free, but a ticket is required.

More about the Raleigh Boychoir

The Raleigh Boychoir is the premier boychoir in North Carolina. Founded in 1968, Jeremy Tucker is just the third Artistic Director for the group. Boychoir has a developed a well-earned reputation for artistic excellence. Tucker has also established that the Boychoir is also a force of artistic innovation as well. Members of the choir are drawn from across the Triangle and range in age from 6 through 18. Boychoir is widely known for its artistic excellence as well as its music education. Comprised of the four ensembles – Training Choir, Resident Choir, Performing Choir and the Young Men's Ensemble, the Boychoir performs locally and undertakes regular tours. In fact, the Boychoir is fresh from its June 2016, 10 day tour of Ireland and Northern Ireland. In the summer of 2017, the Tour Choir will perform in Washington DC—at some of the nation's most important historic landmarks and venues. Auditions are held several times a year and by appointment. For more information go to www.raleighboychoir.org

Internationally recognized choral director, Henry Leck is a professor emeritus in choral music at Butler University, where he served on the faculty for 27 years. He is the Founder and Artistic Director of the Indianapolis Children's Choir. This organization is one of the largest and most respected children's choir programs in the world. Additionally, the ICC tours internationally every year and has sung throughout the world. Mr. Leck recently arranged and conducted the national anthem for Kelly Clarkson and the Indianapolis Children's Choir at the Super Bowl XLVI. Mr. Leck has conducted Mixed, Men's, Women's, Junior High and Children's All-State choirs and festival choirs in nearly every state.

Mr. Leck is widely known as a specialist in choral techniques, the child's voice, Dalcroze Eurhythmics, Laban and the boy's changing voice. He has produced four teaching videos titled Vocal Techniques for the Young Singer, The Boy's Expanding Voice: Take the High Road, Creating Artistry through Movement, Dalcroze Eurhythmics and Creating Artistry with the Male Maturing Voice. He was a lead author for the choral textbook series published by McGraw Hill/Glencoe titled Experiencing Choral Music and is the lead author of a new series of textbooks entitled Voices in Concert. He is also the editor of two nationally known choral series published by Hal Leonard Corporation and Colla Voce, Inc. Each year he has taught an international conductor's workshop entitled Creating Artistry at Butler University.