Stormtroopers, Klingons, and the NC Symphony – A Sci-Fi Spectacular 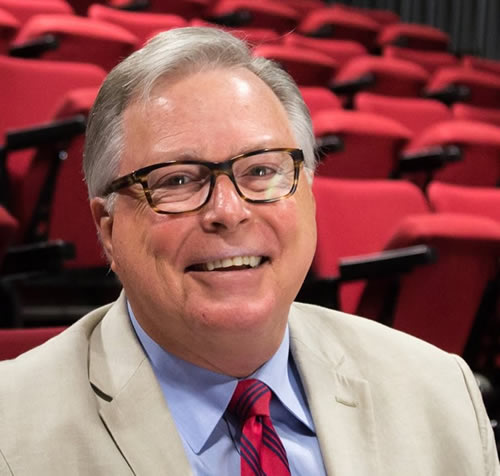 In a breathtaking musical event, the North Carolina Symphony teamed up with guest conductor Jack Everly to present a journey through the great sci-fi films and television shows of the 20th and 21st centuries. Featuring the Concert Singers of Cary, soprano Kristen Plumley, and narrator Ira David Wood III, the program explored well known hits from Star Wars, Star Trek, Superman, and more. Unsurprisingly, many of the tunes from these well-known stories were composed by John Williams, one of the best and most recognizable film score creators of our time. Due both to the recent resurgence in new Star Wars films as well as the franchise’s timeless popularity, music from these films seemed to loom large in the concert program both in number and in marvelousness.

The concert was bookended with John Williams’ Main Title and then the End Title from Star Wars – memorable music that is clearly enjoyed by all, from the most avid Star Wars fans to people who have seen half of The Phantom Menace. With these pieces and throughout the concert, colorful lasers lit up Meymandi Hall, infusing the music with sci-fi drama. As Maestro Everly explained, scores of sci-fi films were written to “enhance the storyline,” and the NC Symphony brought these stories to life, from the leaping, lyrical melody from E.T., to the programmatic motifs and haunting themes of Bernard Herrmann’s The Day the Earth Stood Still.

Everly, as both conductor and unofficial “host,” brought a feeling of seamlessness to the concert program with his meaningful introductions to each selection. His fluid gesture, punctuated at times, led the orchestra through a plethora of texture changes, in music that could shift as quickly as the story it was portraying. Among these textural changes was the Concert Singers of Cary, adding a valuable depth to the orchestra’s texture. Many of the sci-fi themes do not contain words, of course, but instead the Concert Singers contributed subtle “ahh’s,” hums, or other open vowels that made a powerful difference in the overall impact of the music.

Williams’ “Princess Leia’s Theme” was a necessary component of the program, for both its beauty and in its timeliness to honor the late Carrie Fisher. Everly and NCS surely did this intensely moving theme justice, made all the more impactful in light of the actress’s recent passing. The concert wasn’t all serious of course – soprano soloist Plumley made her entrance as “Lieutenant Plumley,” transported to the stage via light beam. Plumley took on the daunting role of being the one to deliver the famous words, “Space…the final frontier,” with great gusto. Plumley’s strong operatic vocals were also featured offstage in The Day the Earth Stood Still, as well as with a fantastic un-programmed rendition of “When You Wish Upon a Star.”

This sci-fi filled concert was also infused with elements of comedy and drama. Introduced gravely by Everly as a “late addition” to the program due to the difficulty of finding the score in the depths of Hollywood, a small group of woodwinds, brass, and percussion launched into the silly “Cantina Theme” from Star Wars. Renowned theater veteran Ira David Wood III took on the role of the alien Klaatu from The Day the Earth Stood Still (1951), delivering the alien’s dramatic warning for the Earth to cease violence or be obliterated. These extra elements, combined with the vibrant musical imagery of the Symphony, made the concert a very memorable experience.

This concert repeats Saturday afternoon and evening at Meymandi in downtown Raleigh. See our side bar for ticket details.