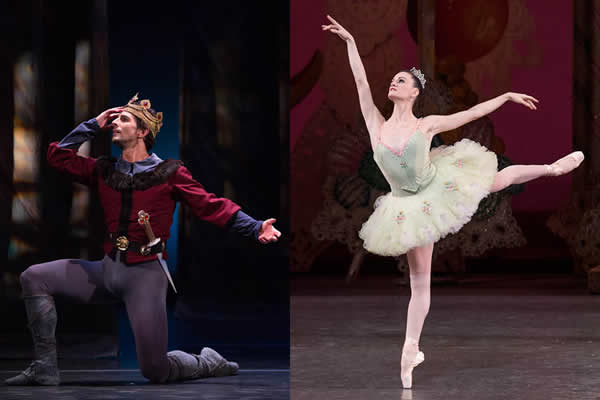 The Nutcracker has become a venerated and beloved tradition in much of metropolitan United States, to speak nothing of cultural capitals around the world. Based on Alexandre Dumas' version of an E. T. A. Hoffman fantasy tale of The Nutcracker and the Mouse, Marius Petipa and Lev Ivanov created a model ballet, to music they commissioned from the greatest composer of the day, Pyotr Ilyich Tchaikovsky. The music Tchaikovsky created is so memorable that it has taken on a life of its own in the concert hall. One of his last major compositions, he wrote it about the same time as his tragic masterpiece, the Symphonie Pathétique, yet in character, the two works could not be more different.

The University of) North Carolina School of the Arts' production of Nutcracker is now 50 years old and kept up with changing tastes by updating the choreography in 2009, when the Dean of Dance at the time, Ethan Stiefel, proposed a different story line giving a major role to Drosslmeyer thereby eliminating some of the traditional dances and choreographies. (For more on changes in Nutcracker read this CVNC article and this New York Times article.) Jared Redick, an alumnus and Assistant Dean of the School of Dance is the Artistic Director of the Nutcracker this year.

The brilliant colors of the costumes (Kathryn Grillo) and lighting (Brad Fields) are visually exciting, while the party scene and ensuing battle of toy soldiers versus mice are both animated and filled with technical wizardry.  But it is the dancing that merits the true salute! The virtuosity and energy of the dancers, all teenagers, remains forever impressive. Teachers, ballet mistresses and masters groom the young artists and fit them into the best roles for their age and development so that what we see on stage is nothing short of perfection! Indeed, many of them go directly into major dance companies – and even return to star in guest engagements, as will be the case with Megan LeCrone, who will dance the Sugar Plum Fairy role and Martin Harvey will dance the Cavalier Prince as guests on December 14 and 15.

The roles of all the dancers rotate every performance and are not determined more than a couple of days in advance (like choosing pitchers in the major leagues), depending on factors such as physical condition and available partners. And each dancer will dance as many as three different roles in each performance.

The soloists for the opening night were excellent – a promising Clara in Taylor McCain and Sasha in Erik Kim. The two couples who dance the large Pas de deux, one in each act, were excellent: first act "Snow Pas" was danced in perfect synchrony by Kathryn Lovejoy and Bret Coppa and the long and varied second act "Pink Pas," featuring the Sugar Plum Fairy and her Cavalier was brilliantly danced by Yaman Kelemet and Garret McNally.

The student orchestra, under the direction of guest conductor Leif Bjaland, a conductor with credentials steeped in the traditions of ballet and stage, turned in one of the fastest Nutcrackers I have experienced. The balance within the orchestra was uneven with the tiny viola section almost inaudible. This year, for some reason, the producers have decided to amplify the orchestra. A loud electronic buzz in the hall for the first quarter hour of the show was suddenly replaced by booming harp and tympani over the loud speakers. I first thought that a technician had mis-patched the feed for the stage (so dancers backstage may know when their entrances were approaching) into the central array of loudspeakers some 50 feet above the stage. However, it seems that there was a real wish to "enhance" the music from the pit – ineptly carried out, if one judges by the result! Doubtless, these problems will be all resolved by the next performance.

For the delight of any children in your life, as well as the child-like qualities in each of us, there will be a dozen more performances between today and December 18th. See the sidebar for details.