Sitkovetsky and Friends Provide a Magical Evening of Mozart 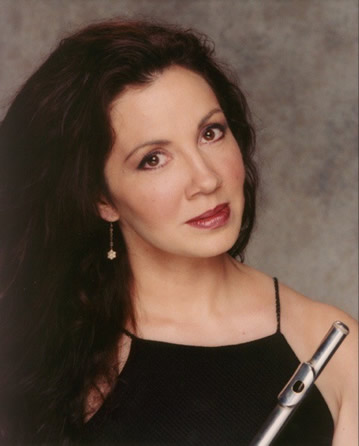 A large gathering of Dmitry Sitkovetsky's musician "friends," all of whom are members of the Greensboro Symphony Orchestra, joined the Maestro for a chamber concert Friday night. As a part of the Greensboro Symphony Chamber Series, the evening was comprised of two works by Mozart (continuing the theme of the "Magic of Mozart," the title of the two symphonic concerts that surround this chamber concert): the four-movement Serenade in C minor, K. 388, and the three-movement Flute Quartet No.1 in D, K. 285.

The evening began with Sitkovetsky regaling the good-sized audience by welcoming them to the sanity of classical music after "the craziness of the election," and then proceeded to tell interesting tidbits about the pieces to be performed. The Serenade, for example, was probably "played once, and that was it . . . . never to be heard again," typical procedure for Serenades. (Mozart subsequently transcribed the work as his String Quintet, K. 405/516b, so he must have thought it was more than simple, "disposable" music.)

Sitkovetsky also pointed out the key of C minor, which was a special key to Mozart. (Only one of his piano sonatas and one of his piano concertos are in that key.)  Indeed, the opening of the Allegro is particularly dramatic before the character turns more lyric. The ensemble played with rhythmic precision.

The Serenade's second movement Andante (in E-flat) is lovely, with melodic lines shared by the oboes and clarinets. A middle section, in a minor mode, stirs up some threatening clouds, but the horns return the sunny nature.

The entire third movement is a canon, but one is more taken with the tune than the technique. The contrast between the C minor minuet and the C major trio helped provide contrast.

The final Allegro is a theme (in two parts, each part repeated, assuring that one can follow the form) and a set of variations. A briskly moving coda in the major mode closes out the 20-minute work in good stead.

Music such as this and the flute quartet that followed is completely listenable. Indeed, perhaps there is no more listenable music than this type of music by Mozart. There are no heavy demands put on the listener, but rather it seems as though the composer wanted the listeners to enjoy themselves. And we did. The musicians played the octet with dedication, good intonation, and appropriate elegance and grace – and when called for, drama.

Before the flute quartet was played, Sitkovetsky praised the musicians, especially the flutist, Debra Reuter-Pivetta, saying that sometimes one must have musicians come from outside the community to really appreciate the superb musicians that are in the GSO. He also allowed how he would be playing "second fiddle" in the quartet – flute takes on the role of the first violin. Other members of the quartet included Scott Rawls, viola, and Jennifer Alexandra Johnston, cello.

The opening Allegro begins with an upbeat tune, mostly presented by the flute with the other instruments sometimes making short comments. The middle section explores some minor keys, but the overall spirit is optimistic and buoyant.

Earlier, Sitkovetsky had commented about the second movement, in which all of the string instruments play pizzicato (the violin and viola held like a guitar) providing a distinctive accompaniment for the solo line. Reuter-Pivetta spun out the long-winded lines, with elegance and sensitivity; the minor mode provided some melancholy.

The final Rondeau (Allegro) brings back the sunny nature of the first movement; the returning tune is a typical "singing Allegro," for which Mozart is justly famous. The entire ensemble contributed equally to the energy of the movement, and the closing passage brought smiles to the faces of both the performers and the audience.