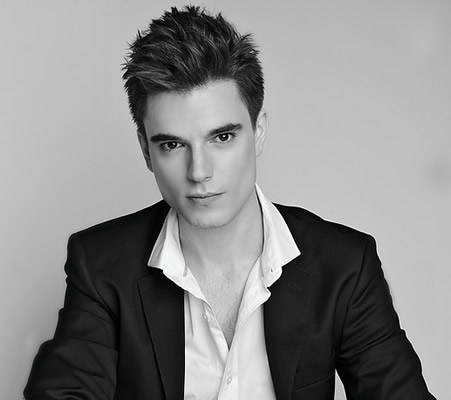 Durham's Hope Valley and St. Stephen's Episcopal Church seem to have nurtured a remarkable number of world-class musicians. The church pews were well-filled with knowledgeable music lovers for a marvelous recital by award-winning pianist Andrew Tyson. Past prizes have included 2011 winner of the Young Concert Artists International Auditions, the 2013 Avery Fisher Career Grant recipient, as well as the Terence Judd-Hallé Orchestra Prize at the Leeds International Piano Competition. His 2015 winning of First Prize at the Géza Anda Competition has expanded the number of European concerts he will give over the next three years.

A sub-theme of Tyson's recital was the influence of Spain in music. Italian Domenico Scarlatti (1685-1757), son of the famous opera composer, found his creative focus in virtuoso sonatas for harpsichord. For the Spanish Court, where he was under the patronage of Queen María Bárbara, he composed more than five hundred sonatas, many of which drew upon local folk dances. Tyson chose three contrasting sonatas. He brought out the serene mood of Sonata in D minor, K. 9, aptly nicknamed "Pastoral." Over the course of the multiple repetitions of a poignant theme, Tyson rendered the melancholy of Sonata in A, K. 322. Tyson's crisp and clear articulation was on display (not for the first time) throughout the showy Sonata in D, K. 96 with fast sections for crossed hands and wide dynamics.

The program notes had detailed and extensive information on the roots and original individual dedications for the five movements of Miroirs (Mirrors) (1904/05) by Maurice Ravel (1875-1937). The composer's intention was not to make actual depictions but rather to suggest reflections as seen through a mirror. Tyson's skilled varying of the initial motive perfectly implied the fluttering of night moths about a light in "Noctuelles." "Oiseaux tristes" (Sad Birds) was magically evoked by Tyson's blend of the composer's repeated note figure with a subtle nostalgic flourish of melody. Tyson's performance of the well-known "Une Barque sur l'Océan" (A Boat on the Ocean) was hypnotic. An undulating rhythm of broken figures in the left hand was juxtaposed against broken melodic motives. Tyson's extraordinary virtuosity and mastery of style was breathtaking throughout "Alborada del gracioso" (Morning Song of the Jester). What a mix of complex rhythms, crossed hands, arpeggio flourishes, Spanish guitar imitations, and recitative passages! Tyson's deeply probing interpretation of the final movement, "La Vallée des cloches" (Valley of Bells) conjured a delicate pastoral scene punctuated by a subtle rhythm suggestive of bells.

Tyson's masterful and refined interpretation of the music of Frédéric Chopin (1810-49) has long been known and was evident throughout his four selections by this master. What tonal beauty Tyson brought to the three Mazurkas – No. 1 in A minor, No. 2 in A-flat, and F-sharp minor, Op. 59! All the charm and delicacy of the melodies were everywhere evident. Rhythms were strongly delineated. Tyson's playing of the justly popular Polonaise-Fantasy, Op. 61 was enthralling as he intermingled polonaise rhythms with Chopin's alchemy of dramatic and poetic melodies.

"Rhapsody in Blue" (1924) by George Gershwin (1898-37) was composed for piano and Paul Whiteman's jazz band. It brought the popular jazz idiom to Carnegie Hall and into the world of classical music. Jazz became an accepted source for composers just as folk and national music had been before. The composer made his own two-hand piano reduction measure-for-measure of the orchestral score. The famous opening clarinet glissando was certainly a challenge to bring to the keyboard. Tyson ended his recital with a no-holds-barred performance that brought out all of the piece's grandeur and sparkle which earned repeated bows for the standing ovation.

Tyson's fine recording (Zig-Zag Territories ZZT-347) Chopin: Preludes, Op. 28 was available in the lobby. You can read this writer's review of that recording here. In the ultimate concert of the St. Stephen's 2015-16 season, Tyson will join with violinist Nicholas Kitchen (St. Stephen's "Dynamic Duo") May 1, 2016 for an all-Mozart program. Information on that performance can be found in our calendar..