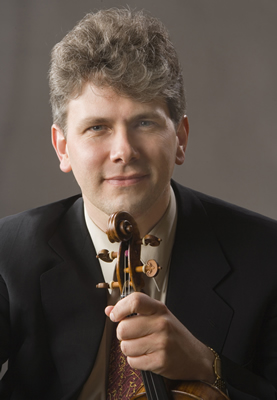 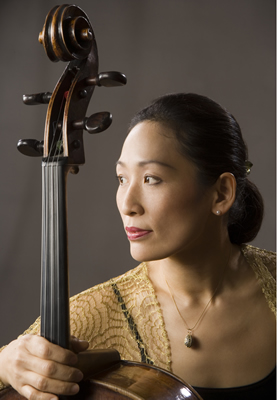 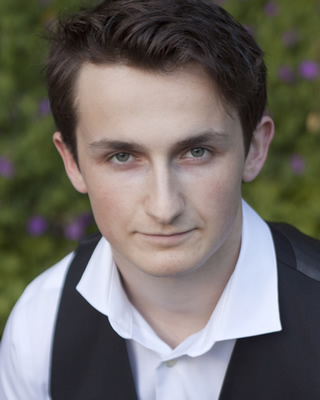 Sunday afternoon's concert at the warmly inviting St. Stephen's Episcopal Church in southern Durham featured piano trios by Haydn, Ives, and Schubert and were performed by violinist Nicholas Kitchen, cellist Yeesun Kim, and pianist Alexander Beyer. No matter how deep I scour in my drawer of superlatives, it is doubtful I could find any that have not already been used in describing the artistry of these musicians.

Kitchen was born and grew up in Durham in an exceptional musical family and was nurtured along the way in St. Stephen's. His parents are both accomplished musicians and have contributed extensively to the musical life of the area. The excellent program notes for this concert were prepared by Joseph Kitchen (Nicholas' father). After studies at the Curtis Institute, founding the Borromeo Quartet, studies at the New England Conservatory, five years with the great Szymon Goldberg, varied interests in all things musical and world-wide recognition for his skill and artistic integrity, Kitchen comes home several times a year to perform as a soloist or with the Borromeo Quartet and others.

Kim, another of the founding members of the Borromeo Quartet, has been recognized around the world as a gifted soloist, exceptional chamber musician and teacher of the first degree.

Beyer has been heralded as a "sensation" with "formidable technique" evidenced by solo appearances with symphony orchestras across the country and numerous award and piano competition prizes.

Together these three demonstrated a oneness of purpose and an ensemble of impeccable precision and expressiveness.

Haydn's Piano Trio No. 45 in E-flat was his last in this form. At age 65, he was the complete master of the sonata-allegro form which determined the classical era and laid the groundwork for the Romantic era. Always inventive, he was still experimenting with it, stretching it, re-shaping it and filling it with his happy tunes. The first movement, Poco allegretto, developed calmly through a series of variations. The aptly designated second movement – Andantino ed innocentemente – sounded like a nursery tune a mother would sing to her young child. The third movement, Finale, Allemande, Presto assai, took us along on a happy jaunt. It was performed with elegance and warmth and revealed the depth of Haydn's creativity along with the charm.

The unique American composer, Charles Ives invites us, in his piano trio, to experience something of his college days at Yale. The trio was begun in 1904, completed in 1911, substantially revised in 1914-1915 and received its first public performance in 1948. The first movement, marked Moderato, represents, in Ives description of the piece, "a rather short but serious talk … by a professor of Philosophy." It is characterized by musical innovation far ahead of its time.

The second movement is designated TSIAJ (This Scherzo is a joke) – Presto. It includes quotes of numerous songs that were popular in the day. Using polytonality and other experimental harmonic and rhythmic innovations, Ives invokes humor and the brashness of college hi-jinx. The energy in this movement was evident in the physical activity of the three artists. Near the end, Ives (and the Kim-Kitchen-Beyer trio) creates a wall of sound against the hymn "There is a fountain filled with blood" so intense and magnetic that it feels as though you may be swept away to a different time and place. After the music suddenly quiets down, the movement ends with as fine a musical joke as you will ever hear.

The third movement, marked Moderato con moto, is calmer and more lyrical. Ives said, "This movement was partly a remembrance of a Sunday service on the Campus … which ended near the 'Rock of Ages.'" Here again, Ives quotes a number of songs concluding in a coda with a haunting setting of Thomas Hastings' very popular hymn (in Ives' time) "Rock of Ages." It began hauntingly in the cello, was picked up by the violin, then the piano. It ended in a whisper as the piano left a C-sharp hanging in the air. It was a stunning and moving performance.

After an intermission, the powerful, dramatic and wonderfully lyrical Schubert Piano Trio in E-flat was given a vivid and memorable reading. Beyer's runs, arpeggios and semiquaver patterns on the same note were sparkling and crystal clear. Kim's cello provided an intense lyrical warmth whether playing the lead or an accompaniment pattern. Kitchen, playing the awesome Guarneri del Gesù, soared on the angelic wings of Schubert's music. Every page brought more drama: an unexpected turn, yet another fresh and invigorating melody, pleasures of all sorts.