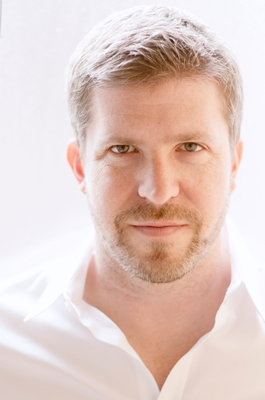 Courtesy the artist and the NCS

Once the norm, concerts featuring the composer as soloist, improvising a cadenza and perhaps other passages, are rare today outside the world of jazz. Caroline Shaw, the 2013 Pulitzer-prize winning composer of Partita (written for and recorded by the Grammy-winning a cappella vocal octet Roomful of Teeth), did just that on the stage of Meymandi Concert Hall in the Duke Energy Center for the Performing Arts in the heart of Raleigh. The excellent North Carolina Symphony, directed by guest conductor Edwin Outwater, also played the rarely-heard Overture to King Stephan, Op. 117 by Beethoven, and the personal favorite of many musicians, his Eighth Symphony, Op. 93. Bookended by the two Beethoven works were Shaw's work, enigmatically entitled Lo, for violin and orchestra, co-commissioned by the North Carolina and Cincinnati Symphonies and premiered in Cincinnati in March of this year; and the fascinating chamber Concerto in E-flat by Igor Stravinsky known as "Dumbarton Oaks," for the location of its first performance.

This cheerful, eclectic program began with King Stephan and its strange descending fourths ushering a Magyar-inspired theme in the woodwinds, accompanied by the semblance of a cimbalom in the strings. Finally the main Presto erupted in brilliant E-flat major, the strings impressive with their long and finely syncopated canon with the winds, ushering in what must have been for Beethoven an earworm, a harbinger of the theme of the "Ode to Joy," still a dozen years ahead, but already present in his Chorale Fantasy.

In the informal pre-concert "Meet the Artist" forum, hosted by WUNC-FM's Caroline Brand, we heard from the young composer Caroline Shaw that the exact meaning of Lo is also somewhat mysterious for her. When asked to describe her process of composition, she made a comparison with architecture and the artist passing through a building, lingering in rooms, climbing to other levels, and going from point to point, as from one emotion to another. She also expressed a desire to heighten beauty by contrasting it with its opposite or with chaos. And such contrasts were very much in evidence in this touching and thoughtful work. Shying away from the categorization of Lo as a concerto ("Too virtuosic for me!") and still wishing to leave the door open for improvisation and inspiration of the moment, Shaw is very much the image of the classic composer of old – a performer and improviser rather than a cloistered (usually by academia) composer, an expert at notation. Shaw grew up in Greenville, NC, and is currently a Doctoral candidate at Princeton University.

Starting on the open "G" and rising, in a Lydian fashion, by whole-tones, eventually to the top of the register, while the various sections of the orchestra play polytonally, stopping (and later ending) with a sharp rap of the bass drum, this piece is charming on first hearing. Clusters of beating bows, like flocks of birds, yield to mushrooming and morphing brass chorales. At times I wished the violin were amplified, particularly in the higher registers. A quasi-chaconne, plucked by the strings, provided the opening and closing of a second movement that was whimsical and improvisatory in style. A lovely clarinet duet yielded to more aleatoric pizzicatos and eventually to a hyper-present vibraphone that threatened to drown out the violin in the live and reverberant acoustics of Meymandi Hall. The warm audience reception of the piece and its performance lead me to suggest a small change in the title, from Lo to Lo! as in Lo! and Behold!

Stravinsky spent most of the 1930s writing chamber pieces. So it is not surprising that when asked to write a piece commemorating the anniversary of some important art patrons, he wrote a work for a smaller ensemble: five winds and ten strings. Ill at the time, Stravinsky was able to call upon the formidable Nadia Boulanger to conduct the premier performance in 1938. The Concerto in E-flat, "Dumbarton Oaks," is a cheery reminder of Bach's Third Brandenburg Concerto, although the middle movement, separating the two fast movements, is considerably expanded in the Stravinsky.* The energy of conductor Outwater was paralleled by the vivacious and accurate playing of the 15 musicians on stage. Again, the generally admirable acoustics caused a problem in that the sideways-facing musicians (string players) were significantly softer than the forward-facing musicians (winds). Perhaps opening up the tight circle to a broader arc would help.

The concert ended with one of the smoothest, tightest, and best-balanced performances of Beethoven's Eighth Symphony it has been my pleasure to hear. Never have the ritardandi of the first movement been so subtle and smooth! Conducting the entire concert without baton and making ample and energetic use of both hands, Edwin Outwater was both precise and subtle while maintaining the high energy of this priceless gem. At times mimicking and strutting, Outwater reintroduced the humor sophisticates had squelched and brought back the surprises that must have shocked audiences of Beethoven's day. Bravo, Maestro!

*Six years later the estate was the site of a major planning conference on the organization that would be known as the United Nation. Click here for details.

The program will be presented again at 8 p.m. on Saturday, November 7, 2015, in Meymandi Hall of the Duke Energy Center for the Performing Arts in Raleigh. For details, see the sidebar.