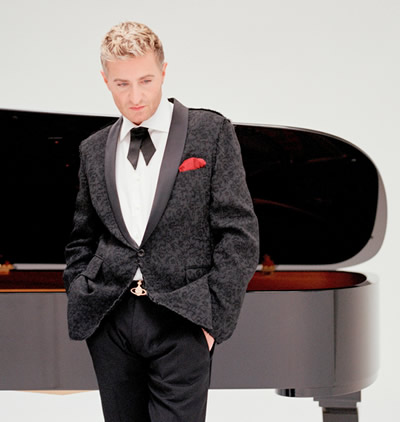 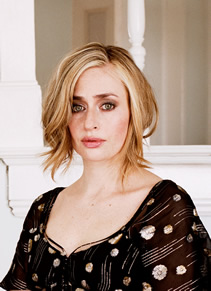 If you are familiar with Gershwin's big Concerto in F for Piano and Orchestra, then you belong to a rather exclusive club. But your club membership rolls were bountifully augmented on a dark and stormy fall evening by the enthusiastic crowd at Meymandi Concert Hall. Before that grand work could be brought forth, though, conductor Grant Llewellyn and the North Carolina Symphony had other major business to transact.

The first task was to stir the crowd with the Three Dance Episodes from Bernstein's On the Town. "The Great Lover" was a sparkling wakeup call, followed by the soothing "Lonely Town." The action picked back up with the jazzy "Times Square," a dance episode that should thrill anyone who believes that " … New York, New York Is a Wonderful Town."

The featured work of the first half was the second in a series of three world premiere performances of Hiraeth, by the acclaimed young composer, Sarah Kirkland Snider. Hiraeth is a Welsh word that is said to depict "a feeling of homesickness for a land that never existed or one to which you can never return." Although the thirty-minute work is not described as a tone poem, that would be a satisfying descriptor of the remembrances and the longing for the times the composer spent in North Carolina. Visual accompaniment for the piece was a large screen showing scenes of seemingly everyday life in small towns and pastoral areas, produced by Mark DeChiazza – small children playing, quotidian activities of a typical day. (In a few of the scenes, women were shown smoking cigarettes, a fact that is certain to elicit wrath from the usual scolds.) While these visuals projected a certain charm, it is not clear whether they constituted true ornamentation or a mere distraction.

The music definitely needed no supplementation. The scoring called for a large contingent of instruments. The orchestration was glorious, even luxuriant, with its rich palette of dark and light hues. One could well be reminded of the wonderful tone poems of Richard Strauss. The honored composer was present, appearing on stage to make her well-deserved bows to the exuberant audience.

After intermission the mood was set by Barber's Overture to The School for Scandal. From the fine program notes, it was a "full, seething orchestra worthy of Verdi," with an especially pleasing oboe. The players here and throughout showed that they could hold their own against all comers.

As soon as pianist Jean-Yves Thibaudet bounded onto the stage and the orchestra began the opening kettledrum-cymbals-snare drum "fanfare," you knew you were not in for a run-of-the-mill concerto. Because here was the Concerto in F for Piano and Orchestra, Gershwin's most ambitious orchestral work. Following that uncommon introduction was a lengthy piano solo that introduced a wailing and appealing blues-based theme, a refrain recurring throughout the work. (Herein Gershwin was able to prove, probably to himself as much as anyone, that he did not need the help of his friend Ferdé Grofe to do the orchestration.)

Perhaps a set of random thoughts would serve to characterize the performance. The rapport between conductor and soloist was a pleasure to witness. They worked like a longtime duo that had practiced for years. Throughout the three movements, Thibaudet proved to be a veritable magician – possessed even. Now you can see his fingers moving; now they're a blur. The composer certainly demanded heroic measures from the pianist. Thibaudet just as certainly delivered. One must not overlook the splendid contribution of the orchestra and the "heroics" required of the players.

The audience was unwilling to let go of the hard-working soloist, so he obliged with the calming strains of Ravel's touching "Pavane for a Dead Princess." Could anyone have gone out into that rainy night without a feeling of fulfillment?

This program will be repeated in the same venue on Saturday, September 26. For details, see the sidebar.