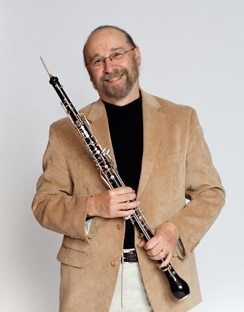 Jean Sibelius, the master of Nordic skies and forests, was born December 8, 1865, which makes this year the 150th anniversary of that event. It is a good reason to resurrect the stirring music of a composer who has been sometimes up and sometimes down with the passing decades. On the one hand he is hailed as the greatest symphonist since Beethoven for his skill at developing large-scale works logically and creatively. On the other hand, he is dismissed as a 19th century Romanticist who, with the exception of his Fourth Symphony, steadfastly disdained any foray into modernism.

Regardless of the debates of the musical cognoscenti, he remains popular with audiences. He also gave his nation a reason to be strong through a difficult time in its history and is still seen as a national hero in Finland. Early in his musical career it was his ambition to become a violin virtuoso, but he realized in his 20s that he had started too late so – sadly for him, but happily for us – he abandoned this goal and turned all his energies to composing.

The Concerto in D minor, Op. 47, for violin and orchestra, was premiered in 1904. The first performance has been described as a disaster because the violinist, engaged to replace the intended soloist, was not up to the extraordinary technical demands. A new version, with some of the technical demand softened, premiered on October 19, 1905, with Richard Strauss conducting the Berlin Court Orchestra. Here again, a substitute violinist stepped in to fill the role of soloist, but one who was capable of a satisfactory performance.

Today, Joshua Bell is an acclaimed master of this mystical and magical concert favorite. His skill in handling the daunting technical demands with clarity and precision while infusing the interwoven lyrical material with passion is the stuff of legend. During the North Carolina Symphony's gala one-time-only performance in Meymandi Concert Hall, the opening statement of the violin (IV, V, I) over the hovering strings of the orchestra was mesmerizing. It is the seed from which most of the rest of the work grows, and Bell and conductor Grant Llewellyn made the most of it on this memorable occasion. There was a clear crystalline quality to the whole movement, the most developed of the three.

The second movement, Adagio di molto, is a song of the Finnish sky, with Sibelius' beloved soaring swans swooping down on the lake near Ainola. One of my favorite passages is in the middle section, where the soloist plays ascending broken octaves while the flute plays descending notes simultaneously. So what if this movement hints at "the emotive utterings of Tchaikovsky," as was pointed out in the program notes? It was marvelous.

The third movement, Allegro ma non tanto or "not overly fast," opens with a bouncy rhythm in the percussion and lower strings over which the violin enters with a brilliant display of formidable technical difficulty. Bell danced with Sibelius' rhythms and gymnastic art so sure-footedly as to make you drop your jaw in amazement while being entranced by the musicality of performance. A second theme introduced by the orchestra is developed in variations by the violin, with arpeggios and double-stops. The concerto concludes with a flourish of scales ending as orchestra and soloist settle on a solid D.

The orchestra, under Llewellyn's firm hand, was first rate. The ensemble played with elegance and economy, whether dropping into the background for the soloist or painting a rhapsodic picture by itself. For example, the plucked strings in the first movement were just barely loud enough to be heard with Bell's lyrical playing, but not loud enough to draw attention from the main event. In the third movement a brass chorale was played with the same magical balance with the soloist. And when it was the orchestra's turn to sing, sing they did, with full-voiced lyrical passion.

The first part of the concert included Sibelius, the heroic, Sibelius, the sad, and Sibelius, the happy. First was the always-stirring "Finlandia," Op.26, composed for a festival to raise resources in support of the press. The hymn-like familiar melody is often sung in Finland, with a text of patriotic fervor. Llewellyn took the opening passage, which describes the threat to the nation, ponderously slow. At this tempo the menace was given hefty weight and the yearning of the people has deeply-felt intensity. When the brass entered with their repetitive fanfare pattern, the tempo grew more urgent and the call to action was clear. Then when the great anthem appeared, it was a glorious triumph. Llewellyn and the NCS got it exactly right.

There is a darkness in much of Sibelius's music. He favored melodies with a sad affect but usually found such warmth or comfort or even determination in them that they readily connect with the human experience. "The Swan of Tuonela," the third tone poem in Lemminkäinen Suite, Op. 22, is a piece about the land of death. In his score, Sibelius describes a river where "the swan floats majestically," and it is the majesty of this marvelous music that pervades it as much as the sadness of death. Michael P. Schultz, associate principal oboe and solo English horn player with the NCS, gave a stunning, immaculate performance. The orchestra and soloist worked together beautifully, with a special nod to principal cellist Bonnie Thron for her solo work. The audience gave Schultz and the orchestra a well-deserved standing ovation.

The happy Sibelius was to be found in the Suite from Karelia, Op. 11. The opening and closing movements are both care-free and gleeful marches that get your foot taping and lift your spirits. Yes, the middle movement is a little sad, but it is the most developed movement of the suite and is also filled with lyrical charm. The young man sitting in front of me (about 8, I would guess) could not sit still during the two marches. It was certainly a hit with him.

Llewellyn, like many of the sons of the British Isles, has an affinity for the music of Sibelius. His readings of the composer's works that I have heard are always revealing of the inner mastery Sibelius had for orchestral music. The mystical quality of snowy forests, flying swans, scattered clouds moving across the face of a full moon is always there. In the great debate with Mahler it was Sibelius' contention that the life of a symphony lies not in programmatic allusions but in "the severity of style and the profound logic that creates an inner connection between all the motifs." The key for him was that a symphony (or any orchestral music) should make sense – as music. With Llewellyn and the North Carolina Symphony it certainly did.