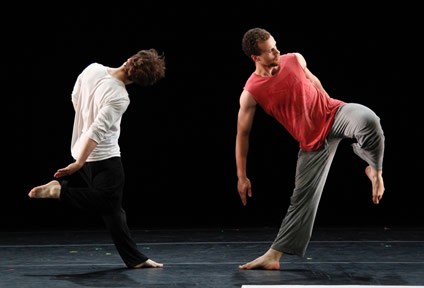 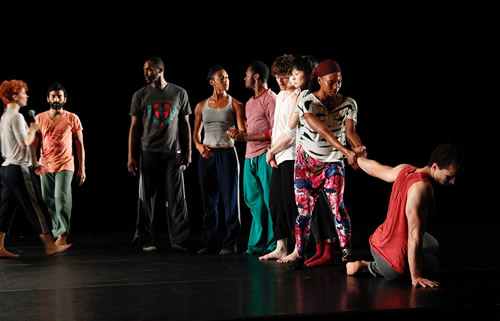 This preview has been provided by American Dance Festival.

Bill T. Jones with Associate Artistic Director Janet Wong and his company present Analogy/Dora: Tramontane, the first of three new evening-length works from Analogy: A Trilogy. The trilogy brings into light the different types of war we fight and, in particular, the war within ourselves. Analogy/Dora: Tramontane is based on an oral history Jones conducted with 94-year old Dora Amelan, a French Jewish nurse and social worker. Amelan’s harrowing, touching, and inspirational story is broken into approximately 25 episodes that become the basis for choreography and songs. These episodes chronicle her early life in Belgium, her mother’s death as the Germans were marching into Belgium, and her experiences working at an underground Jewish organization in Vichy France’s internment camps, Gurs and Rivesaltes. This is a portrait of the ability to persevere and survive.

The Bill T. Jones/Arnie Zane Dance Company has performed worldwide in over 200 cities in 40 countries on every major continent. The company’s repertory is widely varied in its subject matter, visual imagery and stylistic approach to movement, voice and stagecraft and includes musically-driven works as well as works using a variety of texts. The company has been acknowledged for its intense collaborative method of creation that has included artists as diverse as Keith Haring, Cassandra Wilson, The Orion String Quartet, the Chamber Society of Lincoln Center, Fred Hersch, Jenny Holzer, Robert Longo, Julius Hemphill and Daniel Bernard Roumain, among others.