May 7 Concert in Chapel Hill, May 8-9 Concerts in Raleigh Feature Theatrical / Symphonic Collaboration with UNC School of the Arts 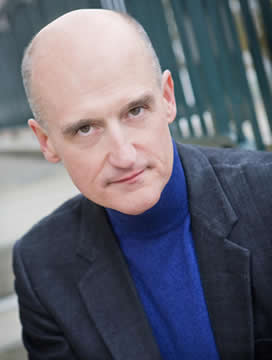 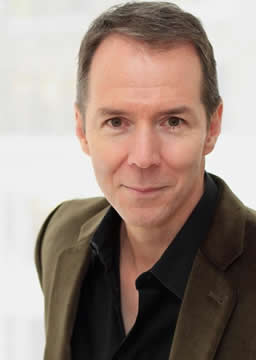 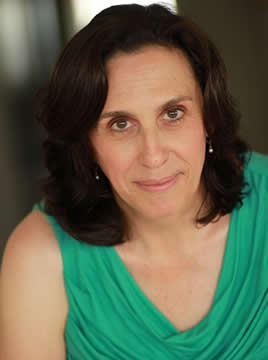 North Carolina Symphony Music Director Grant Llewellyn will lead the orchestra, members of UNC-Chapel Hill's Carolina Choir, and an outstanding cast of actors, directed by University of North Carolina School of the Arts Dean of Drama Carl Forsman, in a theatrical / symphonic presentation of William Shakespeare's most popular comedy, A Midsummer Night's Dream.  The performances will take place Thursday, May 7, at 7:30 p.m., in Memorial Hall on the campus of the University of North Carolina at Chapel Hill, and again on Friday and Saturday, May 8-9, at 8 p.m., in Meymandi Concert Hall in downtown Raleigh.

"This is going to be the event of the season," Llewellyn said.  "Shakespeare's world of star-crossed lovers, wood sprites, elves, and enchanted forests will be interwoven with Felix Mendelssohn's passionate music. After four centuries, it will be like you are seeing and hearing it for the first time."

North Carolina Symphony Scholar-in-Residence William Robin writes, "Four wispy chords, played by a chorale of winds, appear and vanish like vapor.  A mist of strings follows, played with elfin precision.  In less than a minute, Felix Mendelssohn has conjured the world of midsummer's night, of fairies and love potions and supernatural mischief."  In addition to Mendelssohn, the production will feature music by Stravinksy, Gandolfi, Korngold and others.

Joining Carl Forsman will be a company of 16 actors, featuring Ray Dooley as Puck/Egeus, Paul Niebanck as Oberon, and Mary Irwin as Titania.  Forsman is the Dean of Drama at University of North Carolina School of the Arts. He is the founding Artistic Director of New York's Keen Company, winner of Drama Desk and Obie Awards for excellence. He was nominated for a Drama Desk Award for Best Director for his work on Keen Company's revival of The Voice of the Turtle, which transferred to an extended run Off-Broadway. His direction of the American premiere of Conor McPherson's The Good Thief earned an Obie Award for star Brian d'Arcy James and Drama Desk and Outer Critics Circle nominations for Best Solo Performance.

Ray Dooley last appeared with the North Carolina Symphony in the role of Antonio Salieri in its acclaimed 2010 presentation of Amadeus. Other work with orchestras includes Salieri in Amadeus with the Virginia Symphony, and narration for the complete Peer Gynt music of Edvard Grieg with the Brevard Music Festival. He is Professor of Dramatic Art at UNC-Chapel Hill and heads the Professional Actor Training program.  He recently returned from the Folger Theatre in Washington, D.C., where appeared in Schiller's Mary Stuart. For 25 years, he has been an actor with PlayMakers Repertory Company in Chapel Hill, appearing most recently in A Midsummer Night's Dream, The Tempest, Assassins, Cabaret and An Iliad. Elsewhere, he has appeared on and Off-Broadway and in leading regional theaters across the country.

Paul Niebanck holds an MFA from the Yale School of Drama and has been seen in New York productions including Blood and Gifts, In the Next Room or the vibrator play (Lincoln Center Theater); A Walk in the Woods (Keen Company); RX (Primary Stages); A Picture of Autumn (Mint); Shockheaded Peter ; Much Ado About Nothing, All's Well That Ends Well, Coriolanus, Pericles (Theatre for a New Audience);  The American Clock, The Pussycat and the Expert Plumber Who Was a Man (Signature); Great Expectations (Lortel); The Revenger's Tragedy (Red Bull Theater); and Bill W. and Dr. Bob.  Film and television roles include The Blacklist; A Person of Interest; Burn Notice; Manhattan Romance; Gossip Girl; One Life to Live.

Mary Irwin is a voice, speech and text teacher and an actor.  She has been on the faculty of the University of North Carolina School of the Arts, School of Drama since 1995, serving as Head of Voice and Speech since 2001, and as Assistant Dean since 2013. She appeared with the North Carolina Symphony last fall, narrating Copland in Mexico. She has appeared with New York companies such as Circle Rep LAB, Lakota Theatre Company, the American Renaissance Theatre, and in the Samuel French/Double Image Original Short Play Festival. Film credits include All I Want for Christmas and Che Bella Famiglia. Television credits include To Save a Child, …And Then She Was Gone and All My Children. Ms. Irwin was also voice and text coach for the North Carolina Shakespeare Festival for seven seasons.

UNC-Chapel Hill's Carolina Choir is the University of North Carolina at Chapel Hill Music Department's select concert choir of 75 men and women devoted to the performance of the finest choral literature at the highest level. Its membership is drawn from the entire student body and is made up of undergraduate and graduate students from many different departments.  Under the direction of Professor of Music and Director of Choral Activities Susan Klebanow, its repertoire ranges from sacred and secular a cappella music of all periods to the choral/orchestral masterworks.

In addition to stellar performances, North Carolina Symphony concertgoers can enjoy pre-concert talks, post-concert discussions, and "Meet the Artists," which feature interactive conversations with guest artists and select orchestra members, at many Symphony events.  Before the Chapel Hill performance on May 7, Dr. Letitia Glozer of UNC-Chapel Hill will host a pre-concert talk in Gerrard Hall at 6:30 p.m.  Before the Friday, May 8, performance in Raleigh, Dr. R. Larry Todd of Duke University will give a pre-concert talk at 7 p.m. in the Swalin Lobby of Meymandi Concert Hall.  Before the Saturday May 9, performance in Raleigh, Catherine Brand of WUNC 91.5 FM will host a Meet the Artists session in Swalin Lobby of Meymandi Concert Hall at 6:30 p.m.

On Tuesday, May 5, at 7 p.m., the North Carolina Symphony will take part in a special program at Quail Ridge Books & Music in Raleigh, titled "Much Ado About Shakespeare - The Theater - The Music - The Plays… Why Shakespeare matters and what his plays mean to modern audiences."  The discussion will be moderated by WCPE announcer and Community & Arts Liaison Tara Lynn and Raleigh Little Theatre Executive Director Charles Phaneuf. Panelists include Martin Sher, Vice President and General Manager of the North Carolina Symphony; David Henderson, Director of "Equivocation" at Theatre in the Park; Sue Scarborough, one of the Directors of Seed Art Share's A Midsummer Night's Dream; and Rebecca Blum, Director of Bare Theatre's Macbeth.  The talk is part of Wherefore: Shakespeare in Raleigh, a convergence of arts organizations presenting work written or inspired by Shakespeare, January-June 2015.  For more information, go to www.visitraleigh.com/wherefore.

Partners for the 2014/15 Chapel Hill Series include Carol Woods Retirement Community, and The Businesses of Market Street, Southern Village.

Headquartered in downtown Raleigh's spectacular Meymandi Concert Hall at the Duke Energy Center for the Performing Arts and an outdoor summer venue at Booth Amphitheatre in Cary, N.C., the Symphony performs about 60 concerts annually in the Raleigh, Durham, Chapel Hill and Cary metropolitan area. It holds regular concert series in Fayetteville, New Bern, Southern Pines and Wilmington — as well as individual concerts in many other North Carolina communities throughout the year — and conducts one of the most extensive education programs of any U.S. orchestra.