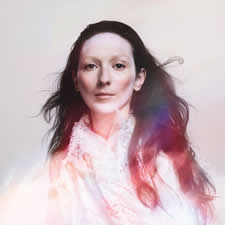 Courtesy the artist and the NCS

The North Carolina Symphony's program titled "Appalachian Spring" was so much more than the simple title implied – featuring new styles and premiering composers, the concert became a blend of old and new American compositional forms. Appalachian Spring, with its quintessential hopefulness and well-loved melodies, was an excellent backdrop with which to present newer works. In addition, it was a privilege to know that composers Judd Greenstein and Sarah Kirkland Snider were both in the audience, and that they had an active role in this collaboration with the Symphony.

Copland's Suite from Appalachian Spring opened the concert of course; it begins with a simplistic theme highlighted by pure-sounding brass and woodwind solos that opened each phrase. The first introduction of an active string melody marks the first of many textural changes. Whether slow and pastoral or dance-like, Grant Llewellyn smoothed out the changes to remain energetic and hopeful through it all. When the beginning theme returns again, it provides a transition to perhaps the most recognizable aspect of Appalachian Spring – the theme from "Simple Gifts." Copland's inclusion of this melody in his composition is a nod to this country's hard-working roots as well as a depiction of the hopefulness of spring. Both grand, sweeping cadences and peaceful waves from the strings evoke picturesque and naturalistic imagery, and the piece ends with a calm final chord.

Greenstein's work Change is the premiere orchestrated version of his 2009 chamber music composition, originally written for the NOW Ensemble and scored for flute, clarinet, electric guitar, double bass, and piano. This version, commissioned by the NC Symphony, consisted of parts for typical orchestral instruments as well as harp and additional percussion, such as the marimba, triangle, and shaker. Change, according to Greenstein, is inspired by the well-known Gandhi quote, "Be the change you want to see in the world." Beginning with an actively syncopated melody in one lone flute and expanding quickly to other instruments with each repetition of the melody, the introduction of the piece communicated the idea that even one voice can create ripples and change for many. As layers of phrases were added in this fashion, the texture becomes more urgent and brings out the strong bass pattern. With the marimba’s airy wooden sound also becoming prominent, the texture communicates the idea of a melting pot of ideas and cultures. Eventually, the many overlapping themes seem to come together to form a more coherent thought, while maintaining an adventurous spirit. Towards the end, the shaker is added, changing the character of the existing texture to be even more vibrant and forward moving. The syncopated and catchy rhythm in this section especially seemed to be a joyful experience to perform and collaborate, which made it joyful to hear.

Snider's Unremembered explores and manipulates the idea of childhood memories made hazy over time. This song cycle consists of thirteen parts, three of which were featured on the Symphony's program. Unremembered is inspired by the visual art of contemporary artist and writer Nathaniel Bellows, who specializes in New England landscapes and also supplied the text for the song cycle. The lead vocals were originally written for singer Shara Worden, who performed in this concert as well, along with several local singers (Abby Nardo, Meredith Canington, and Carol Bailey Ingbretsen). Snider's style here is unapologetically bold and dark, utilizing every musical technique possible to create a precise soundscape – sometimes eerie, sometimes urgent and ominous. "The Guest" is hazy and purposefully discordant, communicating the tragic story of a perished visitor with vocal lines that are echoed many times. Worden, with a voice that is sometimes husky and sometimes with a strong vibrato, communicates the emotive rises and falls of the text effortlessly. "The Swan" has a similar mood and story, with pulsing chords in the strings that seem to imitate fog quietly rolling over the earth. The final song, "The Witch," is a bolder contrast to the previous two, with more consistent and active rhythms that strongly emulate a folk-rock style. Urgent drums and cacophonous chords in the strings lead the texture forward, along with guitar and shimmering celesta. More than ever before, the four vocal parts contain direct dissonances, sung fearlessly. The song dies down with a repeating percussive pattern, quieter and quieter before fading away.

After visiting the somewhat startling contrast of Unremembered, the Symphony closed the concert with two works by Samuel Barber – Adagio for Strings and Essay No. 2. For many, the melody of the Adagio is an instantly recognizable chord progression that is both mournful and passionate. With this texture, the extreme high and low ranges of strings are directly contrasted with subsequent passages, and a system of suspensions brings tension to the melody. Essay No. 2, which is written for the whole orchestra, is a more capricious demonstration of Barber's style, ending in a triumphant and crashing cadence.