Gems of the French Baroque 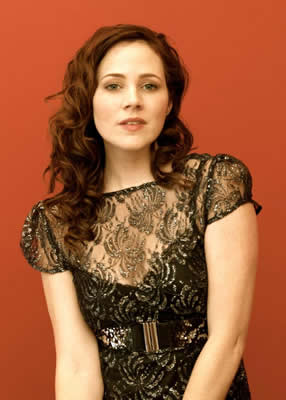 Courtesy the artist and Baroque & Beyond

The sonorous Chapel of the Cross in Chapel Hill was the perfect setting for a concert of French music of the 18th century presented by Baroque & Beyond. The program — brief in its description, but generous in its provisions — offered a perfect showcase of the five instrumentalists and soprano Molly Quinn.

The music sampled various genres of baroque instrumental and vocal music. Our received tradition of “classical music” programming, a tradition that began in the 19th century, essentially reified the period around Mozart and Haydn as the “classic” period; the notion of programming works by classical composers essentially dates from that period, and consequently earlier masterworks and master composers have been edged to the musical periphery. Composing for posterity, of course, is not completely new, but these works of early 18th-century France and Italy were primarily filling functional, social roles.

Nevertheless, presenters like Baroque & Beyond, supported in musical preservation by its architectural analog Preservation Chapel Hill, offer musical glimpses into the social and aesthetic world of underplayed, but brilliant, music. Works by Marin Marais, who was made famous (at least to early music fans and Franco-cinophiles) by the 1991 novel and film Touts les Matins du Monde, bounded the program’s first half. “Sonnerie de Ste Genevieve du Mont de Paris,” featured four of the instrumentalists in a set of variations over an ostinato bass mimicking the bells of Ste Genevieve. The continuo — Beverly Biggs on harpsichord and Salome Sandoval on archlute — supported violinist Gesa Kordes and gambist Gail Ann Schroeder. Marais’s variations on La Folia, a popular Spanish ground bass that received treatment from many Baroque composers, ended the first half; Schroeder’s agility on her seven-string viol was particularly impressive, and acute tempo changes were a welcome creative addition to their musical reading. The middle work of this half was a trio sonata (fittingly, in the “church sonata” format) by Jean-Marie Leclair. The musicians interestingly chose to use the gamba for the second melody part, using the melodic timbre of Schroeder’s gamba to a very sweet effect. Kordes’s tone was supple and graceful, bearing the refinement of historically informed violin playing. The melodic ornamentation in the melody parts were enchanting, and the polyphony of violin and viola da gamba filled the space with sweet, vibrato-less suspensions.

The second half featured one work, Michel Pignolet de Montéclair’s cantata Pan et Syrinx, written around 1716. Cantatas were written in smaller scales than operas, often composed for private parties of the elite; without scenery, costuming, or the wide girth of an opera house, the cantata’s elegance is found in its lyrical and melodic wit and elegance, rather than elaborate staging and show-stopping pyrotechnics. Molly Quinn, a Chapel Hill native and daughter of the music director of the Chapel of the Cross, sang exquisitely and vividly. Montéclair’s cantata relates the myth of Syrinx who, pursued by Pan, was turned into reeds by water nymphs; Pan, discovering the effect of his breath across the reeds, picked them and turned them into his flute. Like many baroque vocal works (opera, oratorio, cantata, serenata), the music moves between narrative recitatives and reflective arias. Quinn’s full, expressive voice gleamed in the recitatives, coaxing the perfect amount of reverberation from the Chapel. Her decisions to back off dynamically added depth and emotional effect to the music, and her vocal wit also communicated the charm of this early cantata. Her growing list of engagements is fitting and merited, and she is not to be missed on any occasion — whether in Chapel Hill or New York. Rebecca Troxler’s flute conveyed the instrumental effect of Pan’s pursuit in the final three sections of the cantata; her playing augmented the ensemble not only in timbre but also in depth.

The Baroque and Beyond 2014–15 season concludes on March 8 with a Teutonic program of Bach and Erlebach to balance this French program. Concert information can be found here.