An Adventure-Filled Performance from the North Carolina Symphony 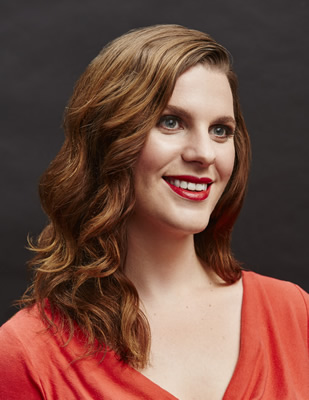 Courtesy the artist and the NC Symphony

Guest conductor Carlos Miguel Prieto and the North Carolina Symphony led the audience at Meymandi on two distinct adventures, through the imaginative works of Manuel de Falla and Antonín Dvořák. Both works are heavily inspired by folklore and the native music of several countries, providing a very intriguing mix of musical references.

The music of Spaniard Manuel de Falla’s El sombrero de tres picos follows a clear story line since it was originally written to accompany a ballet in 1917. However, even without dancers, the three characters and their story can be heard within the music. El sombrero de tres picos translates into "Three-Cornered Hat," referring to the hat of the haughty Corregidor, the antagonist of the story. Several scenes of the ballet depict the Corregidor’s fruitless attempts to seduce the miller’s wife, punctuated by lively dance scenes in between. The style is Spanish and specifically Andalusian, a southern nationality of Spain. The Introduction begins with a booming fanfare, peppered with unusual but effective claps and shouts of “Olé!” from the orchestra. This rhythmic precision suddenly dissipates to make way for an ethereal voice. North Carolina native and mezzo-soprano soloist, Kate Farrar stood nearly out of sight on a balcony directly above the orchestra, singing flowing but insistent Spanish phrases warning the miller’s wife – "Little wife, bolt your door!"

Another introductory scene evokes imagery of nature with a lush flowing melody and playful folk song insertions. String squeaks quite literally imitate the chirping of birds as the miller and his wife work together. Later, the entrance of the Corregidor is clearly marked with a bassoon solo, transitioning into a section where abrupt musical and textural shifts depict the Corregidor’s awkwardness in his attempts to woo the miller’s wife. A scene depicting the Seguidilla dance is a slower, more romantic contrast to the wild farruca that follows. Signified by bold French and English horn solos, this dance begins stately and serious, but ends with rapid acceleration. Conductor Prieto was adept at precisely controlling the frequent tempo, meter, and texture changes that kept the thrilling adventure going.

Another slightly mournful soprano solo occurs; this time imitating the call of the cuckoo, which is then echoed in the clarinet. The bassoon enters again, beginning the climactic scene of the ballet. Accented and tension-creating melodies convey the wild action of the ballet, culminating in a triumphant dance that is the resolution. This scene features pulsing crescendos and decrescendos, fierce accents and trills, and prominent castanets, building to a bold and sparkling conclusion of the story.

Dvořák’s Symphony No. 9, “From the New World,” does include a specific story, but its diverse musical influences give members of the audience ample material to create their own imagery. Composed in 1893, this symphony is a melting pot of African-American, Native American, and Bohemian styles, mixed with Dvořák’s original and tuneful themes. Each of the four movements contains a clear style and theme, but echoes of other themes are common, especially in the Finale.

The first movement, Adagio - Allegro molto, is introduced by solemn minor chords and propelled by the resolution of dissonant suspensions. The texture suddenly shifts to urgency, with drum crashes and an ominous bass. The first inclusion of major mode occurs with the introduction of a main motive, which is sequenced and repeated in a number of keys throughout the movement. Many of the themes Dvořák includes are incredibly lyrical, regardless of the mood. Despite the repetition, chord progressions are constantly changing to provide unexpected twists. A more romantic middle section with a flute solo calms down the melody and then gives way to a triumphant restatement of the original theme.

The Largo movement could be described as a nationalistic ode to Dvořák’s homeland as well as a reverie or remembrance. It begins with a series of mournful yet ultimately hopeful brass cadences, leading to a beautiful English horn solo over suspended strings. The texture is mostly gentle and peaceful, somewhat like an oasis between two more urgent movements. There are bittersweet moments, perhaps representing a yearning or nostalgia. Similar to the first movement, this movement also comes full circle to restate the original theme, and closes with the same brass progression.

The Molto vivace third imovement is most reminiscent of what could be Dvořák’s vision of Native American styles. The very rhythmic and often syncopated texture sounds like the constant movement of a wild dance, interrupted occasionally by a gentler waltz sound. This contrast definitely showcases Dvořák’s style of blending musical influences. Nearly all of the previous themes are brought together in the Finale, Allegro con fuoco. This movement begins with perhaps the most memorable theme of all — an insistently noble and glorious melody. The movement constantly builds through the rise and fall of tension, punctuated with motives from other movements. The sweeping conclusion seems to be an intersection of all themes and moods, even incorporating the themes from the first and fourth movements simultaneously. This built to an emphatic and triumphant finish, and the concertgoers at Meymandi were on their feet instantly.

This program will be repeated on January 24 in Raleigh and January 25 in Wilmington. For details, see the sidebar.